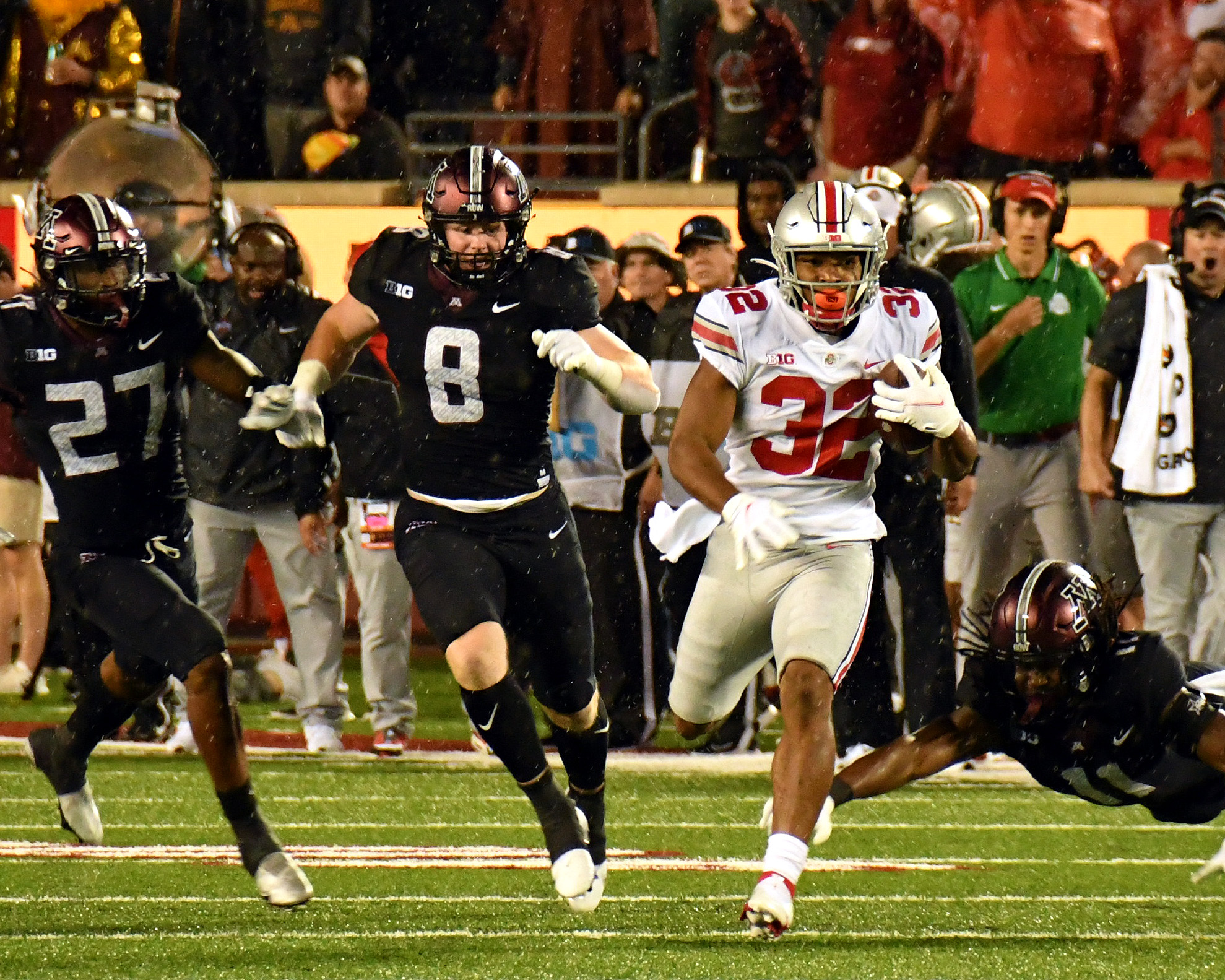 It’s been a busy week in the Ohio State world, but don’t fret. BSB has you covered for everything you may have missed in the last seven days, from Ryan Day’s weekly press conference to the action Thursday night.

“No, unfortunately, we don’t (have an update)” Ryan Day said when asked about Gaoteote. “The NCAA asked for some additional information. I guess they are still working it over. But unfortunately, we don’t have any more information even as we’re headed into the game here. It’s a difficult spot for him and us as we’re waiting to hear the decision but we’re still optimistic that we get good news.”

“It’s a veteran team that has experience,” Day said of Minnesota. “Two years ago it was a top 10 team in the country and a lot of those guys are still on the team, including (Tanner Morgan) and (Mo Ibrahim) is a very good player. They’re very well coached, P.J. (Fleck) does a good job there. They play hard, take care of the football, fundamentally sound. They make you earn it, and so it’s a combination of all of those things, and then going on the road, to their place for the first game of the year (is tricky).”

“However, because NCAA rules prohibit offensive linemen from donning numbers outside of the 50-79 range, Munford will instead be adorned with a Block O patch, similar to the kind that you may see with a “C” for a captain on other teams.“

“Minnesota’s offense gets the edge early on, taking advantage of inexperienced linebackers and a weak secondary to take a lead into the half, but Ohio State’s offense jumps into gear in the second frame, while the defense manages to force a couple of turnovers to blunt the Gopher production on the way to a two-score win that was quite a bit more comfortable in the second half than the final score indicates.”

“C.J. Stroud threw for  294 yards and four touchdowns in his first start, the defense made a key play and No. 4 Ohio State held off pesky Minnesota 45-31 in the season opener at Huntington Bank Stadium in Minneapolis on Thursday.“

“Throughout his career, Olave has been a security blanket for Ohio State quarterbacks. He didn’t have much time to be that for Dwayne Haskins; however, Olave did have an impressive game against Michigan in 2018, where he scored two touchdowns and had a blocked punt. Olave then built a solid connection with Justin Fields in the last two seasons — one that led both players to become first-round talents in the minds of NFL scouts.“

“Olave finished the Week 1 win with four catches for 117 yards and two touchdowns, making him now 87 receptions, 1,007 yards and 11 touchdowns shy of history in all three categories.“

“Day and defensive coordinator Kerry Coombs said throughout fall camp that many players could compete for playing time. Just about everyone received snaps for the Buckeyes last night — except Cameron Brown and Sevyn Banks, who were unavailable due to injury. The constantly changing defensive unit looked lost at times, allowing chunk plays that led to Minnesota points.”

“When Stroud did hit his receivers, he really hit. On 13 completions, the redshirt freshman averaged 22.6 yards, thanks in part to excellent gains after the catch, and in part to an offense designed around downfield play-action passes.

“Olave was the more explosive of the two receivers, taking four receptions for 117 yards and the two scores, but he did much of his best work after the catch, while Wilson found more success hitting deeper routes against a green Gopher secondary.”

“Oregon will come to Ohio State next week after nearly suffering a season-opening loss to Fresno State on Saturday – and it could be without its best player against the Buckeyes.

“The No. 11 Ducks (1-0) lost Kayvon Thibodeaux to an apparent leg injury in the first half but still managed to secure a 31-24 comeback victory over the Bulldogs (0-1) after quarterback Anthony Brown Jr. ran for a 30-yard touchdown with 2:57 remaining in the fourth quarter.”

“The other ranked game was No. 17 Indiana on the road against No. 18 Iowa, but one could have mistaken the Hoosiers for a middle school recreation team that got on the wrong bus. The Hawkeyes went up 14-0 early and never looked back, utterly dominating Indiana in a 34-6 win. Hoosiers quarterback Michael Penix Rr. completed 14 of 31 passes for 156 yards and three interceptions, two of which were returned for touchdowns.“