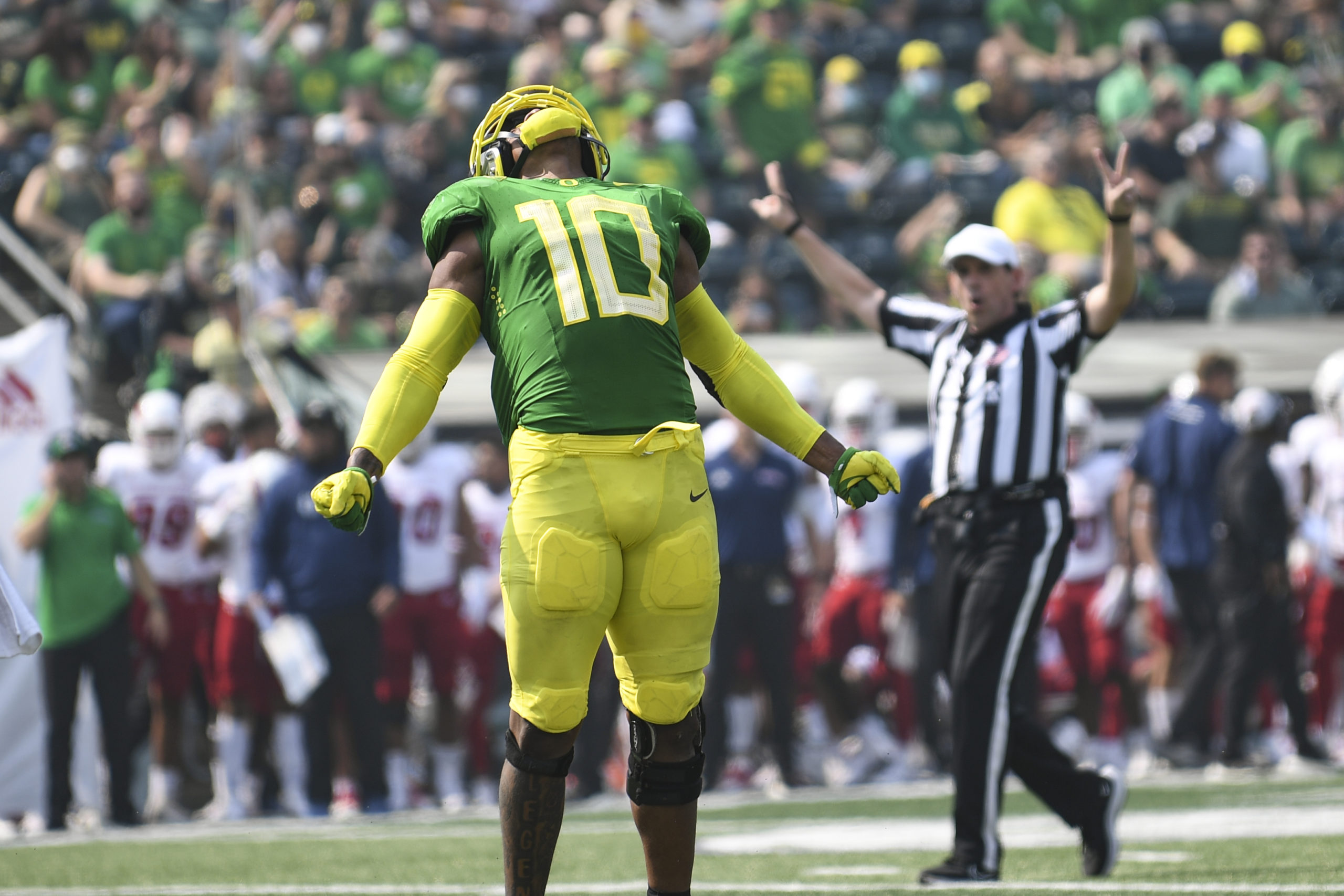 Oregon will come to Ohio State next week after nearly suffering a season-opening loss to Fresno State on Saturday — and it could be without its best player against the Buckeyes.

The No. 11 Ducks (1-0) lost Kayvon Thibodeaux to an apparent leg injury in the first half but still managed to secure a 31-24 comeback victory over the Bulldogs (0-1) after quarterback Anthony Brown Jr. ran for a 30-yard touchdown with 2:57 remaining in the fourth quarter.

Thibodeaux left the game after a cluster of Oregon and Fresno State players fell on the star edge rusher’s leg, causing him to head to the sidelines. The third-year sophomore walked off the field under his own power and immediately headed for the medical tent. The Oregon training staff wrapped his ankle, and he returned to the game shortly after.

Despite his ailment, Thibodeaux caused a lot of problems for the Bulldogs. He set up the Ducks’ first touchdown with a strip-sack that the Oregon defense recovered and took into Fresno State territory. Oregon running back C.J. Verdell ran for a 2-yard touchdown to give his team an early lead.

Another Fresno State fumble led to a 4-yard scoring run from Oregon running back Travis Dye to make it 14-0. The Bulldogs kicker Abraham Montano converted two field goals from 33 and 39 yards before Brown found wide receiver Johnny Johnson III in the end zone for a 32-yard touchdown pass to make it 21-6.

The Bulldogs closed the gap after quarterback Jake Haener connected with wide receiver Jalen Cooper from 17 yards out, cutting the Oregon lead to 21-13 before halftime. Haener added a rushing touchdown and then scored a conversion to tie the game at 21.

At the beginning of the fourth quarter, Montano kicked a 22-yard field goal with 13:03 remaining, giving the Bulldogs a 24-21 lead.

Oregon then used Brown’s rushing touchdown at the end of the game as its final push and escaped with the 7-point win.

Thibodeaux’s status for next week’s game against No. 4 Ohio State is unclear. He was seen wearing street clothes and a walking boot during the second half of the game and did not seem very active on the sidelines.

If Thibodeaux misses the game against Ohio State, the Buckeyes should have little to no problem moving the ball down the field against the Ducks. If he can play for Oregon, watch out — the All-American edge rusher is a game wrecker.

Ohio State and Oregon kick off at noon on Sep. 11, and the game can be seen on Fox during its Big Noon Kickoff time slot.