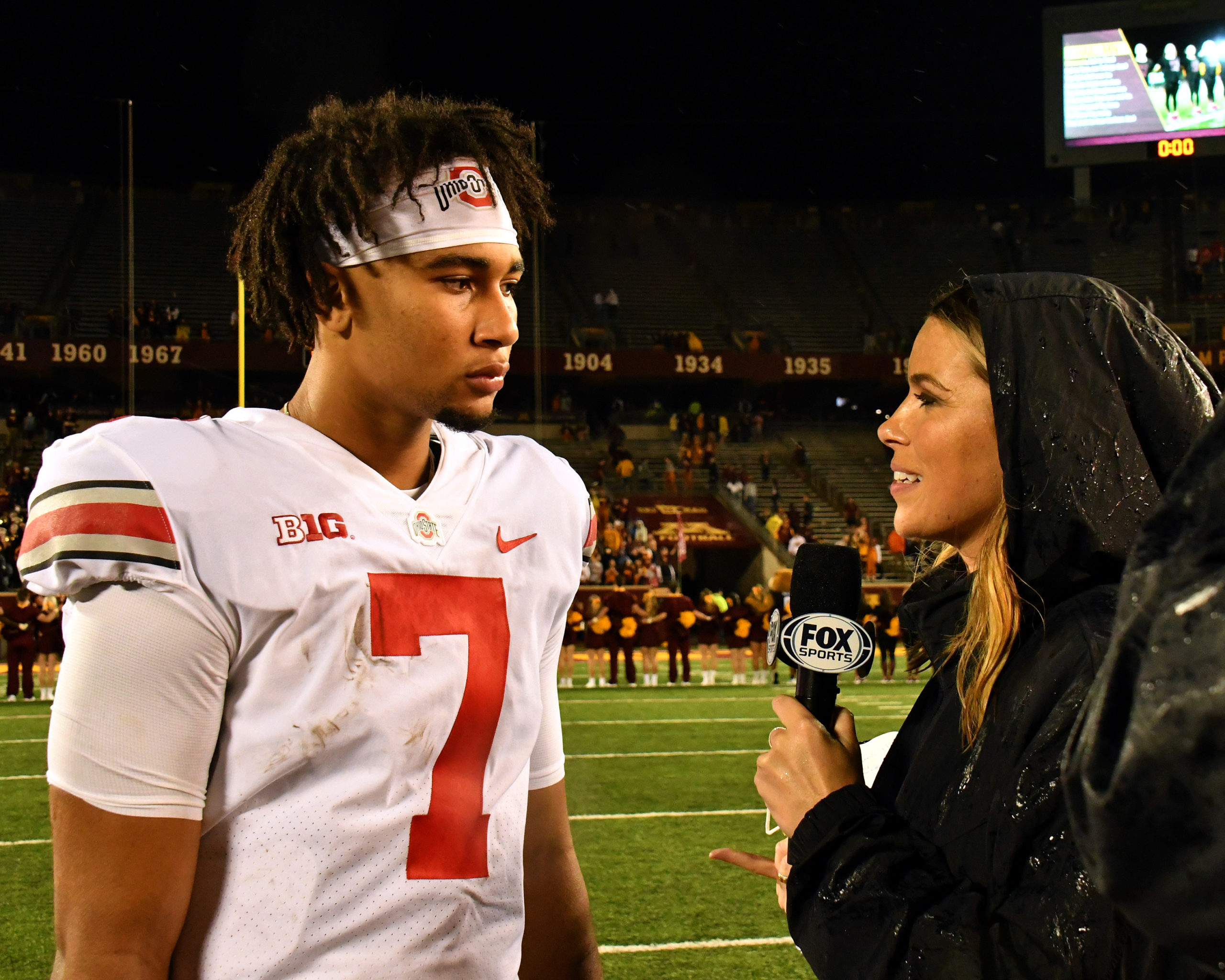 Ohio State put together an uneven performance against Minnesota on Thursday night, but a solid second half lifted the Buckeyes over the Gophers for a 45-31 win.

Here are three things we learned from the season-opening victory:

Replacing Chicago Bears’ first-round pick Justin Fields would be a tall task for any quarterback, let alone a redshirt freshman who hadn’t thrown a pass in his career. Stroud took the reins of the Ohio State offense for the first time on Thursday night.

In the early going, he lacked quiet feet, missed opened receivers, and he looked rattled. Stroud made a costly mistake in the first half, throwing an interception in Ohio State territory after missing Chris Olave on a crossing route over the middle, leading to Minnesota points.

But Day stuck with him, and Stroud responded admirably. He finished the game 13-for-22 with 294 yards and four touchdowns. Stroud allowed Olave, Garrett Wilson and TreVeyon Henderson to do the work, and it paid off for him.

Stroud will face another difficult opponent in his second game when Oregon travels to Columbus on Sep. 11. The Ducks defense features future first-round pick Kayvon Thibodeaux, who will disrupt the Ohio State passing game throughout the game.

Williams took reps with a 71-yard touchdown run in the first quarter. From there, Williams made the most of his limited opportunities, finishing with nine carries for 125 yards.

Henderson’s athleticism impressed Day and running backs coach Tony Alford in fall camp. His speed and elusiveness led to a 70-yard catch-and-run touchdown in the fourth quarter. Stroud floated a pass to him in the flats, and Henderson did the rest, running down the Ohio State sideline before cutting to the middle of the field for the score.

Ohio State didn’t offer many opportunities for Master Teague during the game. The fourth-year running back received the second most carries out of the backfield, touching the ball six times for 29 yards.

It will be interesting to see how Day and offensive coordinator Kevin Wilson handle the backfield moving forward. Teague is the most experienced tailback of the four who made the trip to Minneapolis; however, Williams and Henderson made game-changing plays in their small sample sizes.

Day and defensive coordinator Kerry Coombs said throughout fall camp that many players could compete for playing time. Just about everyone received snaps for the Buckeyes last night — except Cameron Brown and Sevyn Banks, who were unavailable due to injury. The constantly changing defensive unit looked lost at times, allowing chunk plays that led to Minnesota points.

Ohio State allowed Mohamed Ibrahim to rush for 163 yards and two touchdowns on 30 attempts. Minnesota quarterback Tanner Morgan missed a couple of big throws that could have resulted in points for the Gophers.

Day said Brown and Banks are both day-to-day, and safety Josh Proctor went down with an injury in the second half on Thursday. The Buckeyes are already learning on the fly with new players and could be forced to do it again come Saturday against Oregon.