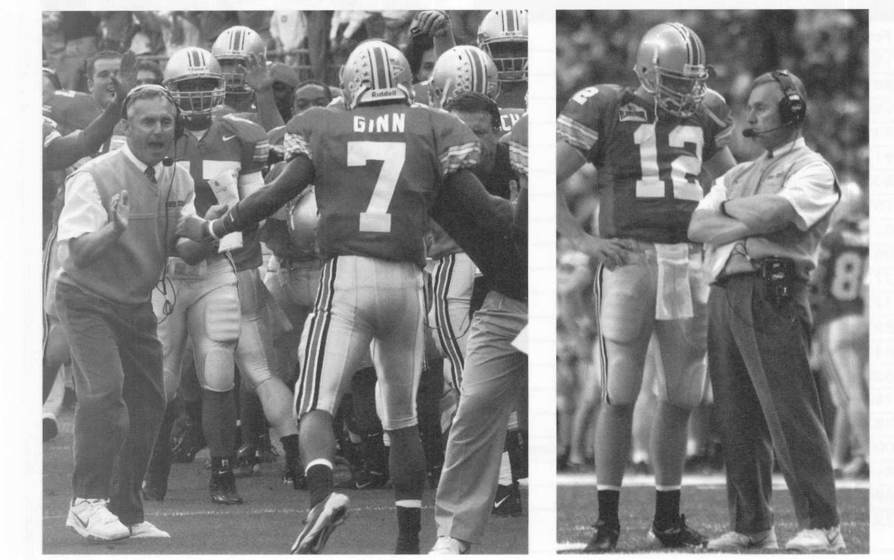 The headline: Running Back Goes Off As Buckeyes Throttle Gophers, 45-31, In The Dome

Ohio State’s Big Ten battle Oct. 29 against Minnesota pitted the nation’s No. 1 rushing defense against the country’s best rushing offense, trench warfare that was a throwback to the days when the conference championships were won and lost on the ground.

But for all of the fancy passing offense of today — and OSU quarterback Troy Smith and Minnesota counterpart Bryan Cupito combined to throw for 629 yards — at the heart of the Buckeyes’ 45-31 victory was a re-emerging running attack led by sophomore tailback Antonio Pittman.

Going head-to-head with Laurence Maroney — the Gophers’ star tailback who entered the game No. 3 in the nation with a 161.9-rushing yard per game average — Pittman took over the spotlight for himself, running for a career-high 186 yards and two touchdowns as the Buckeyes flexed their muscles and kept pace in the Big Ten championship game.

Ohio State started the game with the football, scoring quickly as Smith connected with wide receiver Santonio Holmes for a 41-yard touchdown pass.

The Buckeye defense made a stop on the Gophers’ first offensive possession. Ohio State started its next drive on its 34-yard line. Smith and company steadily moved the ball into Minnesota territory, but the team stalled and settled for a 31-yard field goal from Josh Huston.

Minnesota struck back in its next possession, using a six-play, 80-yard drive that only took 1:53 off the clock and ended with a Maroney 1-yard touchdown run.

As he did many times in his career, wide receiver Ted Ginn Jr. made a significant special teams play during the game. Ginn Jr. took Minnesota’s next kickoff 100 yards to the end zone. He only required 13 seconds to run from one goal line to the other.

Minnesota would use its next possession to score three points from a Jason Giannini 30-yard field goal at the end of the first quarter.

After Ohio State couldn’t extend its lead at the beginning of the second quarter, the Golden Gophers drove down the field and added more points. Cupito found wide receiver Jared Ellerson from five yards out to tie the game.

Pittman exploded for a 67-yard touchdown to open Ohio State’s first possession of the second half. He burst through a hole in the Minnesota defense and found daylight.

“As soon as Rob (Sims) pulled and moved that guy out of the way, all I had to do was split the safeties,” Pittman said. “As soon as I split them, I knew they weren’t catching me.”

Ohio State extended its lead to 14 points after Smith found wide receiver Anthony Gonzalez left open behind the Gopher defense. In the middle of the third quarter, the pair connected on a 27-yard touchdown pass that capped a seven-play, 68-yard drive.

After Minnesota second-string tailback Gary Russell punched in his first touchdown of the night from 1-yard out, the Buckeye offense retook the field with field position inside of Gopher territory. The six-play, 37-yard drive ended with Pittman finding paydirt for the second time — this run from 4 yards out.

The Buckeyes found the end zone for the final time via Holmes’ second touchdown catch of the night after Smtih connected with him from 30 yards out.

The Golden Gophers would put the game’s final points on the board from Russell’s second rushing touchdown with less than a minute remaining, but it proved to be too little too late for Minnesota. Ohio State would walk away from Minneapolis with a 14 point victory.