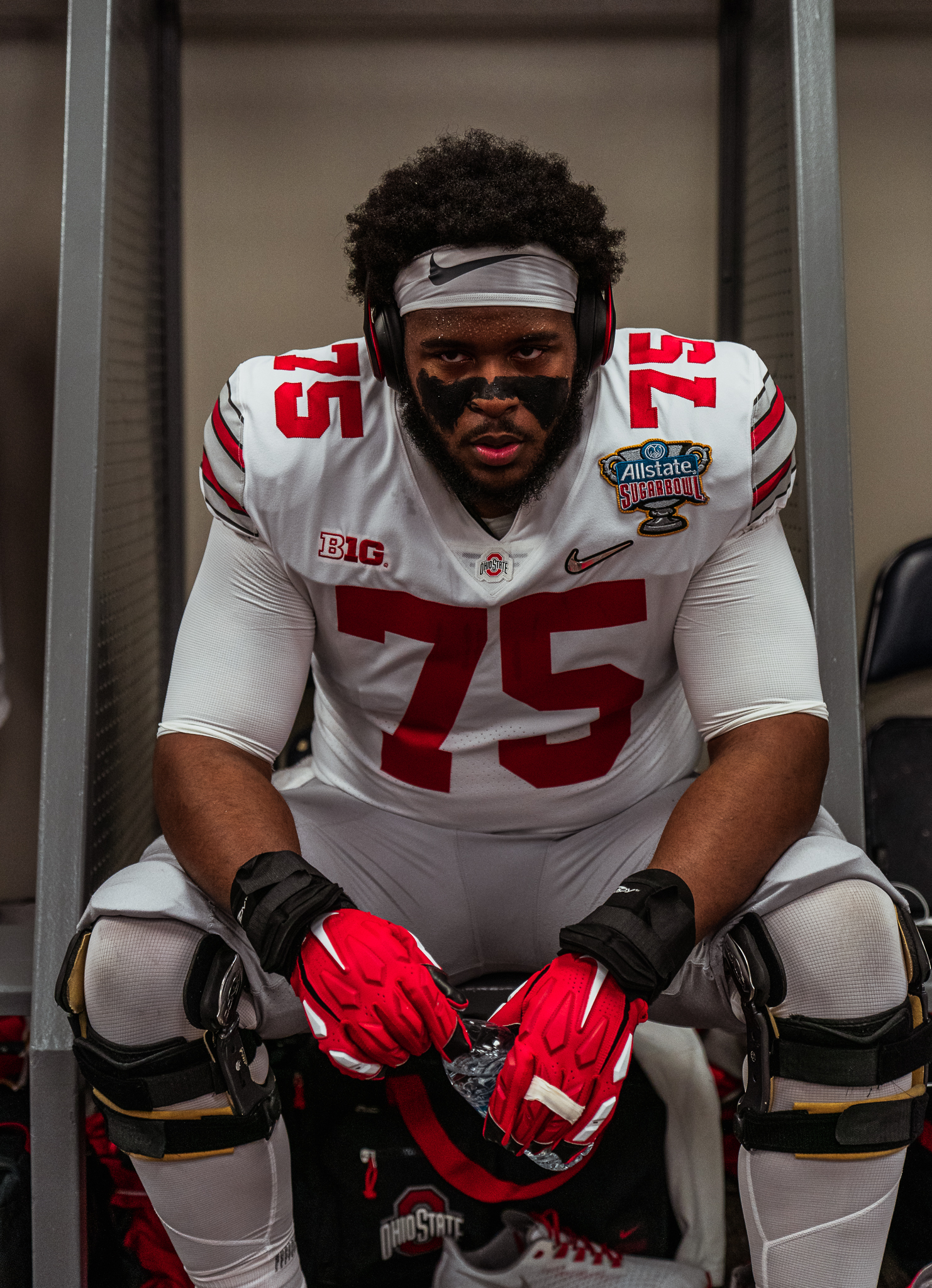 However, because NCAA rules prohibit offensive linemen from donning numbers outside of the 50-79 range, Munford will instead be adorned with a Block O patch, similar to the kind that you may see with a “C” for a captain on other teams.

The uniform is designated to be awarded to the Buckeye who best represents the team, through their responses to adversity and their ability as a leader. The inaugural honor went to defensive end Jonathon Cooper.

“It really should come from the offseason program and who has put years into the program and who has been through some adversity, who has worked through some things, who has fought through things and really lived our culture,” head coach Ryan Day said. “With everything that’s gone on this year and the great tradition that Ohio State has, how can we now create something that can be new? We thought naming the award after Bill Willis would be a great decision because it’s great way we can honor him. So, then you ask who it should be?

“When you think about Jonathon Cooper, he’s been through a lot, he’s fought through adversity, he’s played defensive end, he’s from Columbus, he’s a captain – it was just a great fit. He’s the perfect first guy to wear that Block O, and we’ll just keep that going. I hope it’s something that stays in the program for a long time.”

Munford has been a similar force for the Buckeyes. A late addition to the 2017 recruiting class, the Cincinnati native worked his way onto the field early in Columbus and has been a force since, serving as a starter at left tackle from 2018-20. This offseason, he announced his intention to return to Ohio State in hopes of winning a national title and earning his degree. Now, he’s the second Buckeye in what Ohio State hopes will become a long-term tradition.