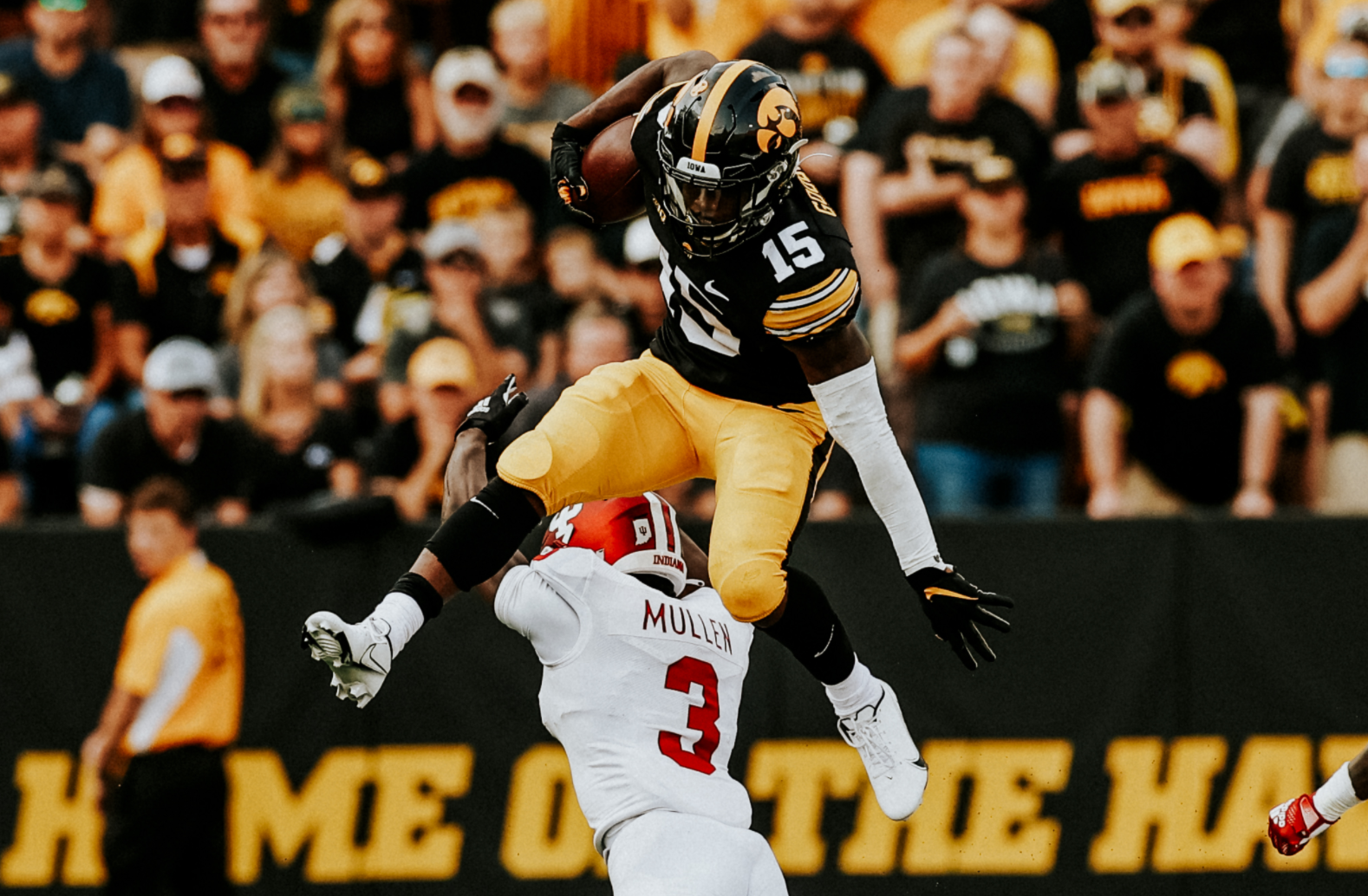 Ohio State and Minnesota kicked off the first game of the week for the Big Ten, battling it out on Thursday night with the Buckeyes ending up on top, 45-31.

But there was plenty of action elsewhere in the Big Ten, including teams that impressed, faltered or went down to the wire.

There were two ranked matchups that featured Big Ten opponents battling it out. The closer of those two battles was one between No. 12 Wisconsin and No. 19 Penn State, which went into halftime with a scoreless tie. Nittany Lions wide receiver ended the shutout game with a 49-yard touchdown where quarterback Sean Clifford had about 30 yards of space to throw to his wide open target.

The two team’s traded touchdowns, then field goals to make it a 10-10 game until Penn State running back Noah Cain scored from two yards out to put the Nittany Lions up 16-10 following a missed extra point. That miss ended up not mattering thanks to a pair of interceptions by Wisconsin quarterback Graham Mertz in the red zone.

The other ranked game was No. 17 Indiana on the road against No. 18 Iowa, but one could have mistaken the Hoosiers for a middle school recreation team that got on the wrong bus. The Hawkeyes went up 14-0 early and never looked back, utterly dominating Indiana in a 34-6 win. Hoosiers quarterback Michael Penix completed 14 of 31 passes for 156 yards and three interceptions, two of which were returned for touchdowns.

A third inter-conference matchup came the day before on Friday between Michigan State and Northwestern. The Spartans, fresh off ending the Wildcats’ undefeated 2020 season, again took it to Northwestern, earning a 38-21 victory. Wildcats starting quarterback Hunter Johnson played well (30 of 43, 283 yards, three touchdowns) in the defeat, but the star of the game was Michigan State running back Kenneth Walker, who rushed 23 times for 264 yards and four scores.

Elsewhere in the Big Ten, Michigan opened its season with an in-state battle with Western Michigan, one of the stronger teams in the MAC. The Wolverines dominated with a 47-14 victory, led by impressive play from starting quarterback Cade McNamara (9 of 11, 136 yards, two touchdowns) and running back Blake Corum (14 rushes, 111 yards, touchdown).

The highlight of the game, and maybe of the week in the Big Ten, was backup quarterback J.J. McCarthy, a true freshman and former five-star. McCarthy was forced outside of the pocket, then looked to the opposite side of the field and found Daylen Baldwin with a beautiful strike from 69 yards out.

On the other end, Illinois followed up an upset win over Nebraska in Week 0 with a upset loss to UTSA at home 37-30. Quarterback Artur Sitkowski played well for the Illini with 266 yards and three touchdowns, but the Roadrunners were simply too much to handle from start to finish.

The Cornhuskers survived an early scare against FCS team Fordham and ultimately cruised to a 52-7 win. Quarterback Adrian Martinez threw for 254 yards, ran for 33 yards and had three total touchdowns.

Maryland earned a big win to start its season, taking down Big 12 opponent West Virginia 30-24. The Terrapins rode the ability of their stars at skill positions, especially at quarterback with Taulia Tagovailoa. Tagovailoa completed 26 of 36 passes for 332 yards and three scores, with his primary targets being recceivers Dontay Demus and Rakim Jarrett.

Both Demus and Jarrett caught six passes and a touchdown, with Demus hauling them in for 133 yards, and Jarrett for 122. Running back Tayon Fleet-Davis also starred with 18 carries for 123 yards.

Finally, Rutgers took advantage of a lackluster Temple team, putting up more than 60 points in a 61-14 win. The Scarlet Knights forced three fumbles and two interceptions, one on former Ohio State commit and current Owls quarterback D’Wan Mathis. On the day, Mathis was just 8 of 24 for 148 yards with no touchdowns and the one pick.