The Stats That Decided Ohio State-Minnesota 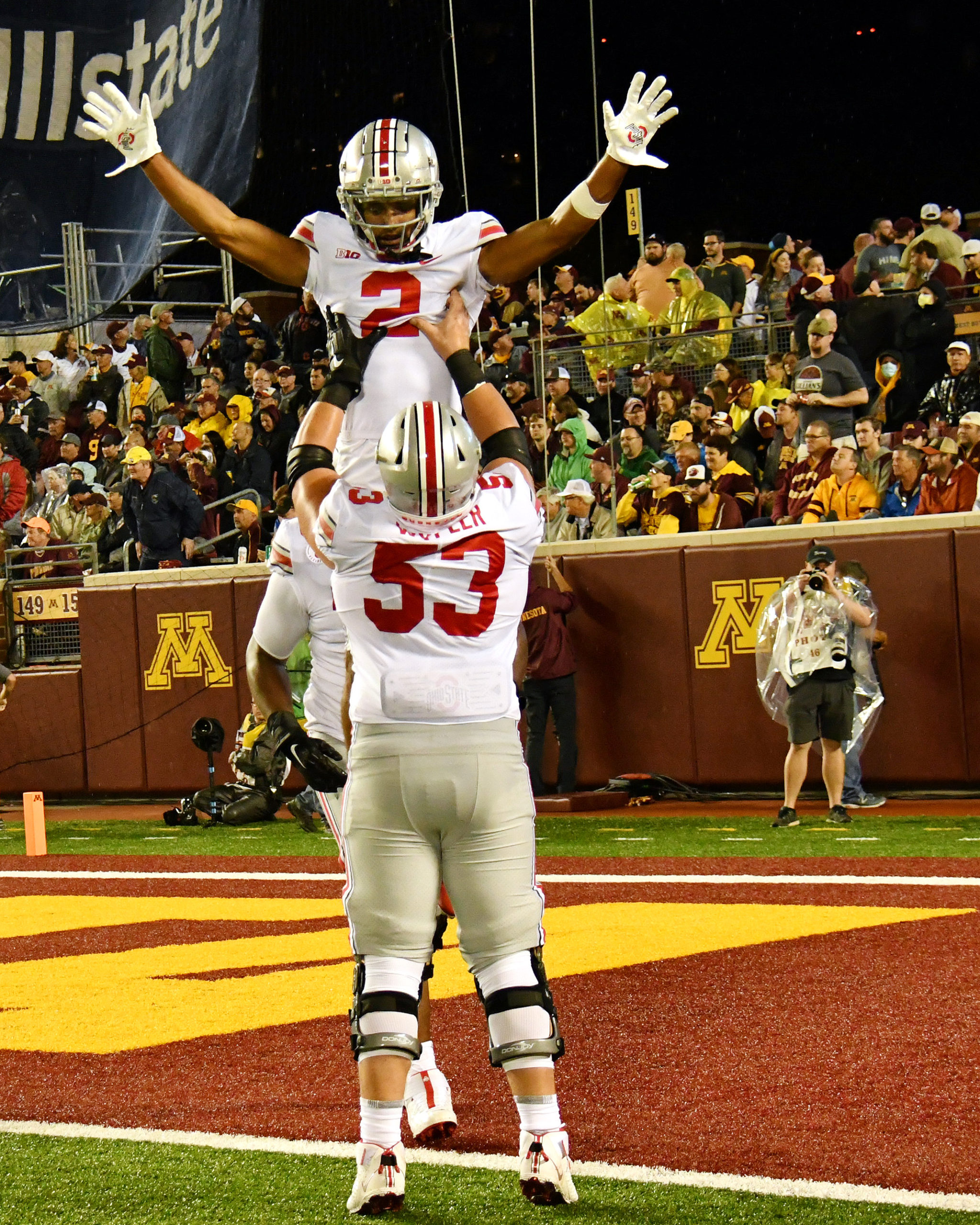 Explosive touchdowns for Ohio State. Save for a short Noah Ruggles field goal in the first half, Ohio State was reliant entirely on big plays for its points in week one, striking first on a 71-yard Miyan Williams run and returning to the well in the second half with big passing scores to Garrett Wilson, Chris Olave (twice) and TreVeyon Henderson, with a 32-yard Haskell Garrett scoop and score in there for good measure.

The Buckeye offense was lacking for efficiency as it broke in new quarterback C.J. Stroud, but had no trouble scoring because of its ability to hit the end zone from just about anywhere on the field.

When Stroud did hit his receivers, he really hit. On 13 completions, the redshirt freshman averaged 22.6 yards, thanks in part to excellent gains after the catch, and in part to an offense designed around downfield play-action passes.

Olave was the more explosive of the two receivers, taking four receptions for 117 yards and the two scores, but he did much of his best work after the catch, while Wilson found more success hitting deeper routes against a green Gopher secondary.

With all of those big plays, Ohio State’s offense did have to sacrifice time of possession, holding the ball for just 21 total minutes, while Minnesota’s offense stuck on the field for 39 minutes. The Buckeye defense struggled with so many snaps, allowing the Gophers to grind out yards with Mohamed Ibrahim and sustain winding drives that drained the clock, only to immediately return to the field after a quick touchdown from the OSU offense.

TFLs and sacks allowed by the Ohio State offensive line, combined. There are certainly worse situations for a new quarterback and running back to be working behind. The Minnesota defensive line leaves plenty to be desired and the Gophers made a point of avoiding blitz calls to cut down on big passing plays, but it was still a very strong showing for Greg Studrawa’s group up front.