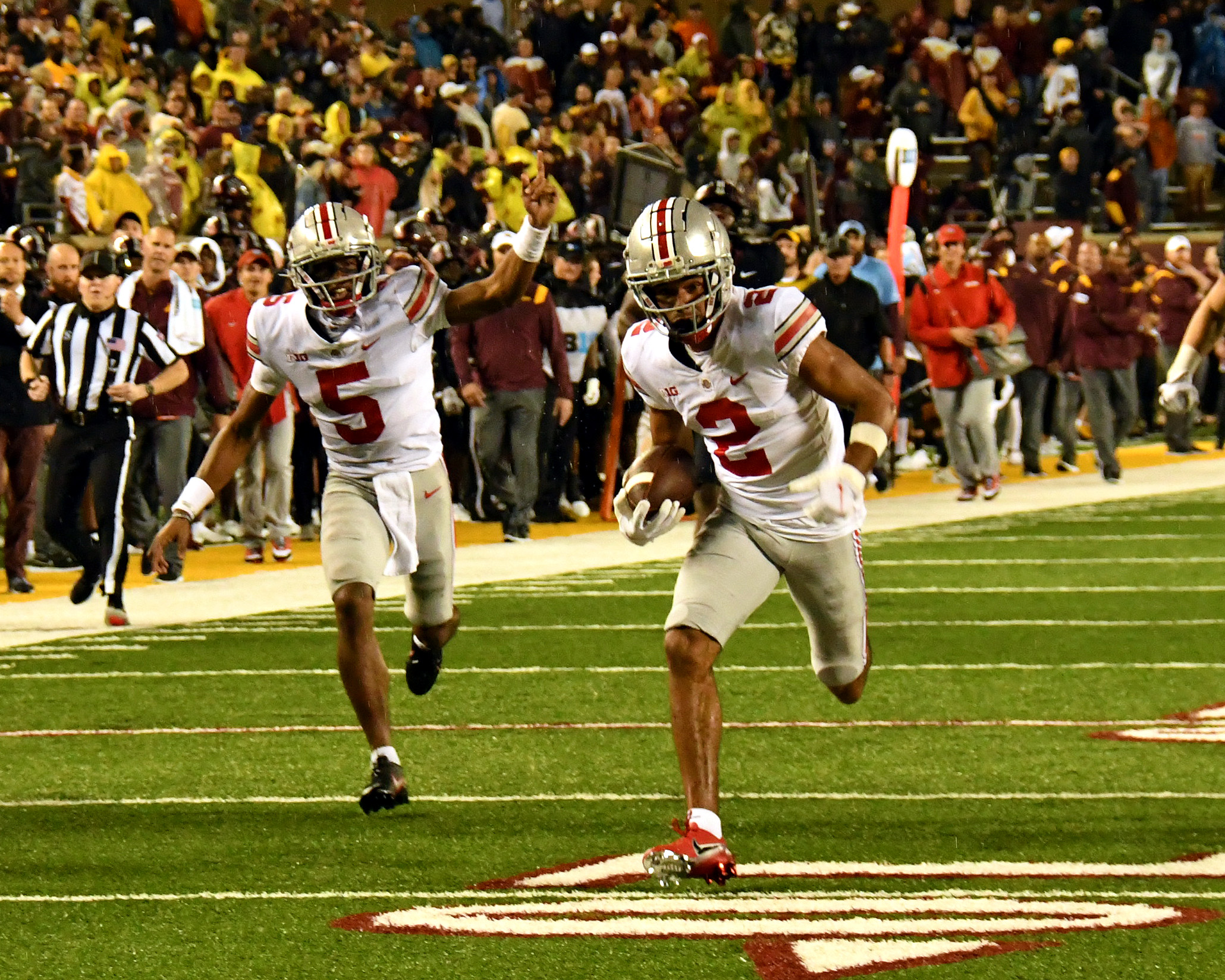 The Minnesota game boosted two of those totals in a big way, while Olave will need some large numbers in the other category.

Olave finished the Week 1 win with four catches for 117 yards and two touchdowns, making him now 87 receptions, 1,007 yards and 11 touchdowns shy of history in all three categories.

Over a 14-game season (12-game regular season, Big Ten championship, one playoff or bowl game), Olave is currently on pace for 56 receptions, 1,638 yards and 28 touchdowns, marking him well short on Hill’s record, but well over both Jenkins’ and Boston’s records.

While it is just one game, Olave has already made his mark and has proven why he is involved with three of the most prestigious top spots in Ohio State history at the wide receiver position.