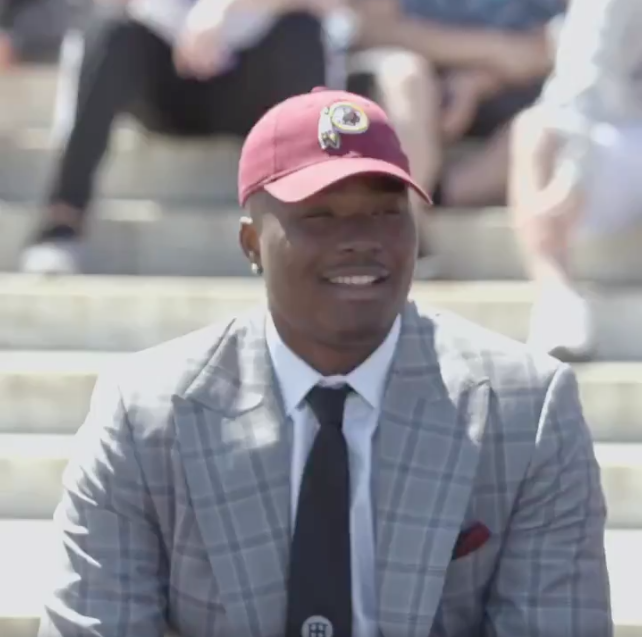 Headlined by two selections in the top 15, the Buckeyes’ nine products selected from Thursday through Saturday finished second to only Alabama. The Crimson Tide led all college football programs with 10 prospects drafted.

Had another Buckeye been picked Thursday, Ohio State would have made program history with three first-round selections, but the next name had to wait until Friday when rounds two and three resumed the action. Wide receiver Parris Campbell (2014-18) went off the board in the second round, selected by the Indianapolis Colts with the 59th overall pick.

Campbell was OSU’s only one taken in the second round, but two more Buckeyes flew off the board across a five-pick span when the third round picked up. After the Denver Broncos selected defensive tackle Dre’Mont Jones (2015-18) with the 71st overall pick, the Redskins reunited wide receiver Terry McLaurin (2014-18) and Haskins with the 76th overall pick.

The last three rounds carried out the end of the draft with Ohio State’s final five Buckeyes chosen. Kendall Sheffield (2017-18) kicked off the activity in the fourth round when the Atlanta Falcons selected the cornerback with the 111th overall pick, followed by offensive guard Michael Jordan (2016-18) via the Cincinnati Bengals at No. 136 overall.

After an idol fifth round for OSU, the Miami Dolphins selected offensive tackle Isaiah Prince (2015-18) with the 202nd overall pick in the sixth round. Mike Weber (2016-18) waited longer than expected, falling to the seventh round, but the Dallas Cowboys picked the running back with a steal of a selection at No. 218 overall.

Sean Nuernberger is still on the market for NFL teams in need of a leg. The former Buckeyes kicker (2014-18) participated in front of all 32 NFL teams at OSU’s pro day March 20, working out for the Bengals and Cleveland Browns during local pro days for each franchise before the draft.