Isaiah Prince Selected By Miami Dolphins With No. 202 Overall Pick In 2019 NFL Draft 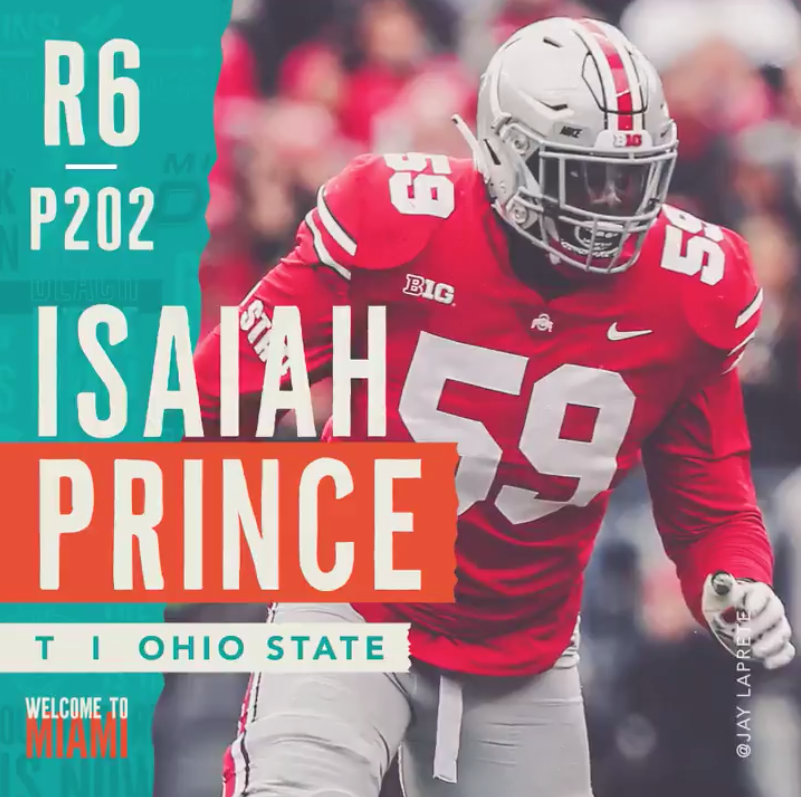 After the Cincinnati Bengals selected Michael Jordan with the 136th overall pick in the fourth round, the 2019 NFL draft carried into the sixth round Saturday in Nashville, Tenn., with another former Ohio State offensive lineman taken.

Three-year starting right tackle Isaiah Prince, who played for the Buckeyes from 2015-18, was selected by the Miami Dolphins with the 202nd overall pick.