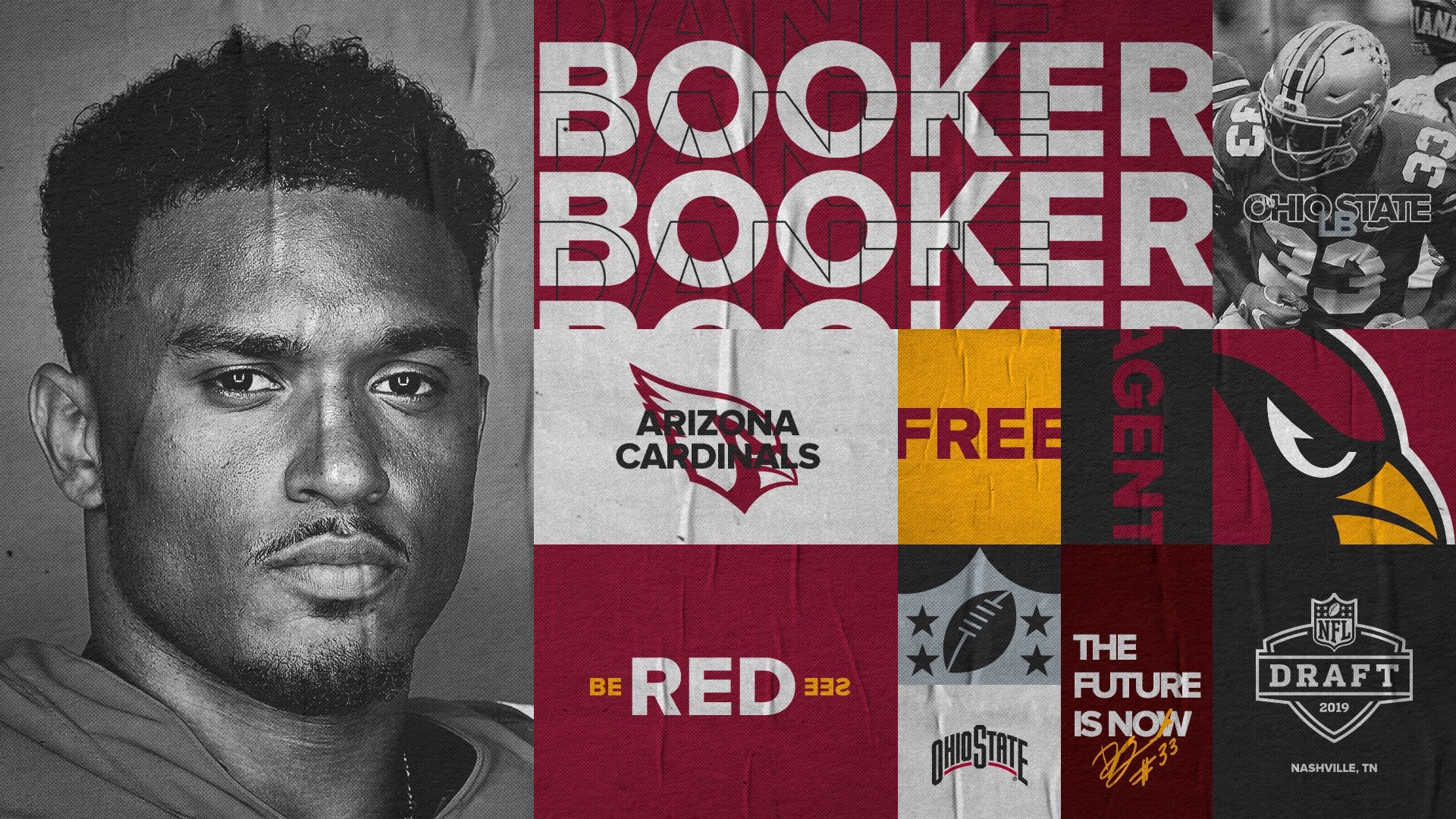 The 6-3, 235-pound Booker was named Ohio’s Mr. Football following a standout career at Akron (Ohio) St. Vincent-St. Mary and was among Ohio State’s top-rated recruits in the class of 2014, but a series of injuries prevented him from making a significant impact with the Buckeyes.

Booker played in 48 games (seven starts) over parts of five seasons in Columbus, and finished his career with 74 tackles, nine tackles for a loss and one interception. He will be reunited in Arizona with former Ohio State linebackers coach Bill Davis, who accepted the same position with the Cardinals this offseason after being relieved of his duties by first-year head coach Ryan Day.