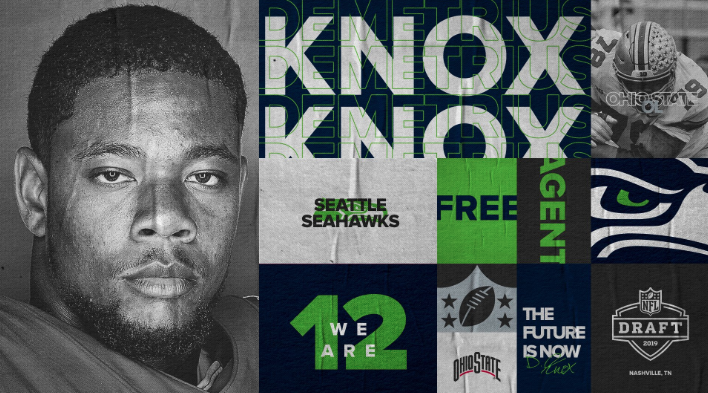 Demetrius Knox is set to sign with the Seattle Seahawks as an undrafted free agent, the former Ohio State offensive guard announced on Twitter after the 2019 NFL draft in Nashville, Tenn., ended Saturday evening.

Knox started the final 20 games he played in for the Buckeyes until an injury in the regular-season finale against Michigan sidelined him for his final two games as a Buckeye.

The Ohio State offensive line ranked third in the Big Ten in fewest sacks allowed in 2018, even though the Dwayne Haskins-led offense had a school-record 561 passing attempts.

He also played in four victories over Michigan and was redshirting during another victory.

After playing in 13 games as a redshirt freshman in 2015, Knox was slowed by injury in 2016 and was limited to just four games.

He started the final eight games of the 2017 season following an injury to Branden Bowen. Knox impressed as a starter, earning “champion” honors from the Ohio State coaching staff in six of the eight games.

Born in Springfield, Ohio, Knox grew up in Fort Worth, Texas, and came to Ohio State as a highly touted recruit. He graduated in December 2017 with his bachelor’s degree in sport and industry.

Knox was not invited to the NFL scouting combine this spring, which did not look good for his prospective draft stock. Apparently he performed well enough in front of the representatives from all 32 NFL teams at Ohio State’s pro day to sign an undrafted free agent deal.