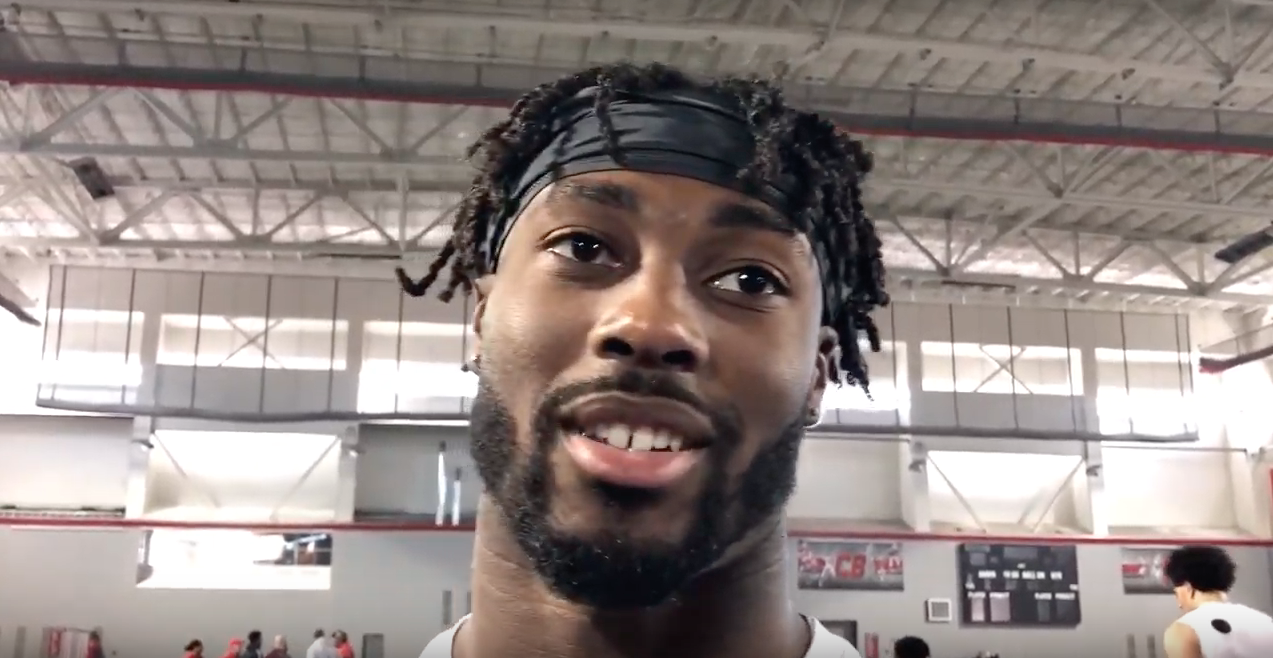 When Jordan Fuller delayed his NFL career and returned to Ohio State for one more year, he likely envisioned a different situation by the time spring camp arrived in Columbus.

Since the Buckeyes broke for practice March 6, the senior safety has been sidelined from on-field drills due to what head coach Ryan Day called a “lower-extremity issue.”

While he spends OSU’s practices in the far corner of the Woody Hayes Athletic Center’s indoor field on stationary bikes and undergoes conditioning, Fuller (6-2, 205) still manages to lead his position group as he works back, “doing more and more each day” and “coming along really well.”

“Obviously, I want to be out here,” Fuller said Wednesday after Ohio State’s seventh practice of spring camp. “I mean, I miss football and stuff like that. But seeing (the other safeties) progress has been really good to see and I’m proud of them.”

“If they’re in new spots, everybody seems comfortable, getting confident,” Fuller said. “It’s a new vibe. You can see a different look in some of the players’ eyes, so it’s really cool.”

“I think it comes with getting more reps and new year, new mindset,” Fuller said. “You see guys leave and you realize it’s your time to step up, so I think that’s more of what it is.”

But in the time since Day reloaded his defensive assistants — he hired co-defensive coordinator Greg Mattison, Hafley, linebackers coach Al Washington and Barnes — Fuller has embraced Hafley among OSU’s new wave of staffers.

Both natives of northern New Jersey — Fuller from Norwood and Hafley from Montvale — Fuller finds familiarity with Hafley, who spent the past seven seasons in the NFL and even worked under Schiano during stints at Rutgers (2011) and the Tampa Bay Buccaneers (2012-13).

“He definitely sets a clear standard and that’s what I like about him the most, but he’s so smart and he always has an answer for a problem you’re having,” Fuller said of Hafley. “So that’s what I like the best. He’s just a great guy, Jersey guy, too.”

Halfway through Ohio State spring camp, Fuller chips away at his recovery process with a day-by-day approach as he additionally helps in overseeing the development of the Buckeyes’ other safeties.

Under the direction of Hafley, Fuller looks forward to getting healthy and finishing his fourth year at OSU on a high note when he returns for fall camp.

“(The NFL decision) definitely took some thought,” Fuller said. “But after I talked to my family, some of the coaching staff, it’s too good of an opportunity to come back. Yeah, I just couldn’t pass it up.

“I feel great. We’re taking steps every day, getting in the film room. Taking steps on the field, too. So I’m really pleased with the progress so far but we’ve got to keep going.”