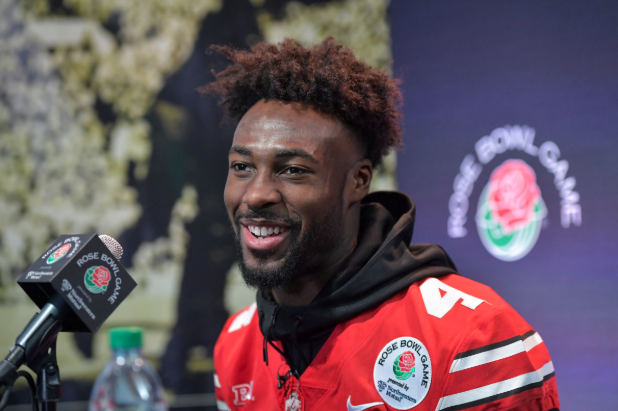 When the Buckeyes begin spring camp Wednesday at the Woody Hayes Athletic Center, Ohio State will do so without two starters from the fall.

Fifth-year senior safety Jordan Fuller and junior offensive lineman Thayer Munford are sidelined for OSU’s next month of 15 practices, a team spokesperson confirmed Tuesday. Bill Rabinowitz of The Columbus Dispatch first reported the news Monday after a conversation with head coach Ryan Day, who said Fuller and Munford would be recovering from injuries.

Fuller started 13 of Ohio State’s 14 games in 2018, his second season as a starter at safety after 2017. He only missed the Sept. 1 season opener against Oregon State as a precautionary reason following a groin injury in August. The 6-2, 205-pounder put off the NFL draft for one more year with the Buckeyes in 2019 after he spent his junior campaign as one of the team’s seven captains.

Munford, meanwhile, battled through injuries to end 2018. He went down with a lower-body injury Nov. 17 at Maryland and missed the Jan. 1 Rose Bowl against Washington after an undisclosed ailment. The 6-6, 310-pounder projected as the only full-year starter back on OSU’s offensive line after he emerged in his sophomore season at left tackle with 13 starts.

Fuller’s absence leaves opportunities for other Ohio State safeties. Beyond junior Brendon White, who became an impact starter down the stretch, the Buckeyes boast juniors Isaiah Pryor and Jahsen Wint among those with starting experience. Sophomore Josh Proctor rounds out OSU’s immediate depth at the position.

After its spring slate opens Wednesday with an 8:30 a.m. practice, Ohio State continues Friday at the same time. The first hour of each practice is open to the media. Day hosts an 11:15 a.m. press conference in the team room after Wednesday’s practice.