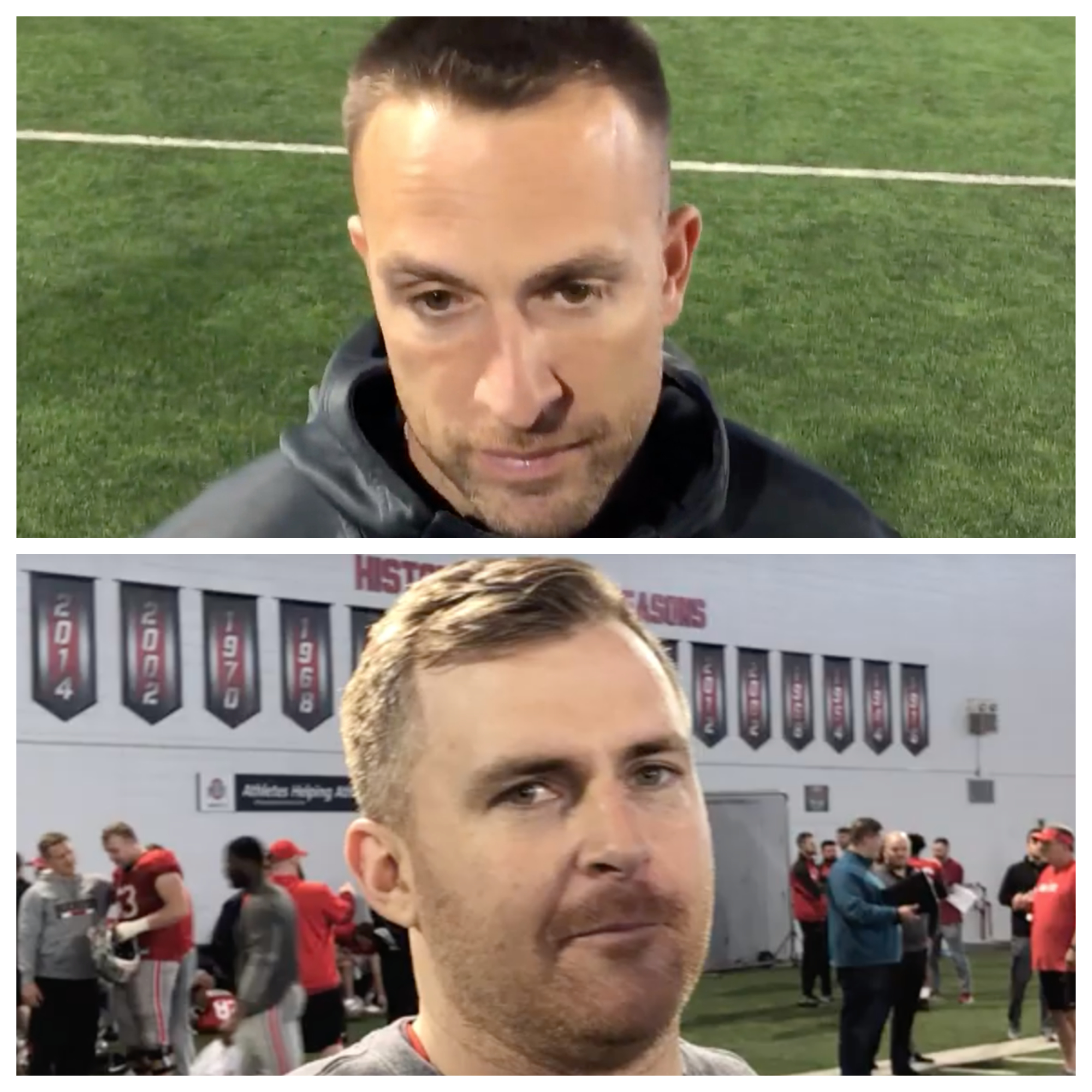 Among the tweaks in the defensive scheme, Mattison and Hafley have worked to implement OSU’s hybrid safety/linebacker “bullet” position.

Seven practices into spring camp after Wednesday’s drills at the Woody Hayes Athletic Center, what type of changes has defense started to see on its back end?

Hafley delves deeper into the “bullet” position with insight into use of safeties, Barnes speaks on operations in the defensive backfield beside Hafley and more from the two new coaches as secondary changes continue.

On using the safeties with tweaks among the defensive backfield…

On working with Hafley between cornerbacks and safeties…

“So I kind of just play off of Coach Hafley. He takes the lead and I mentioned that several weeks back that anytime you’ve got too many voices in the secondary, that can create issues. So Coach Hafley’s as good as I’ve been around at any position. I mean, he’s a mastermind in the secondary. So a great opportunity for me to continue to build my skills there and we’re just kind of playing off each other. I may be period to period even at practice — he may have the corners at one period and then I’ll take them the next, just playing off each other.”