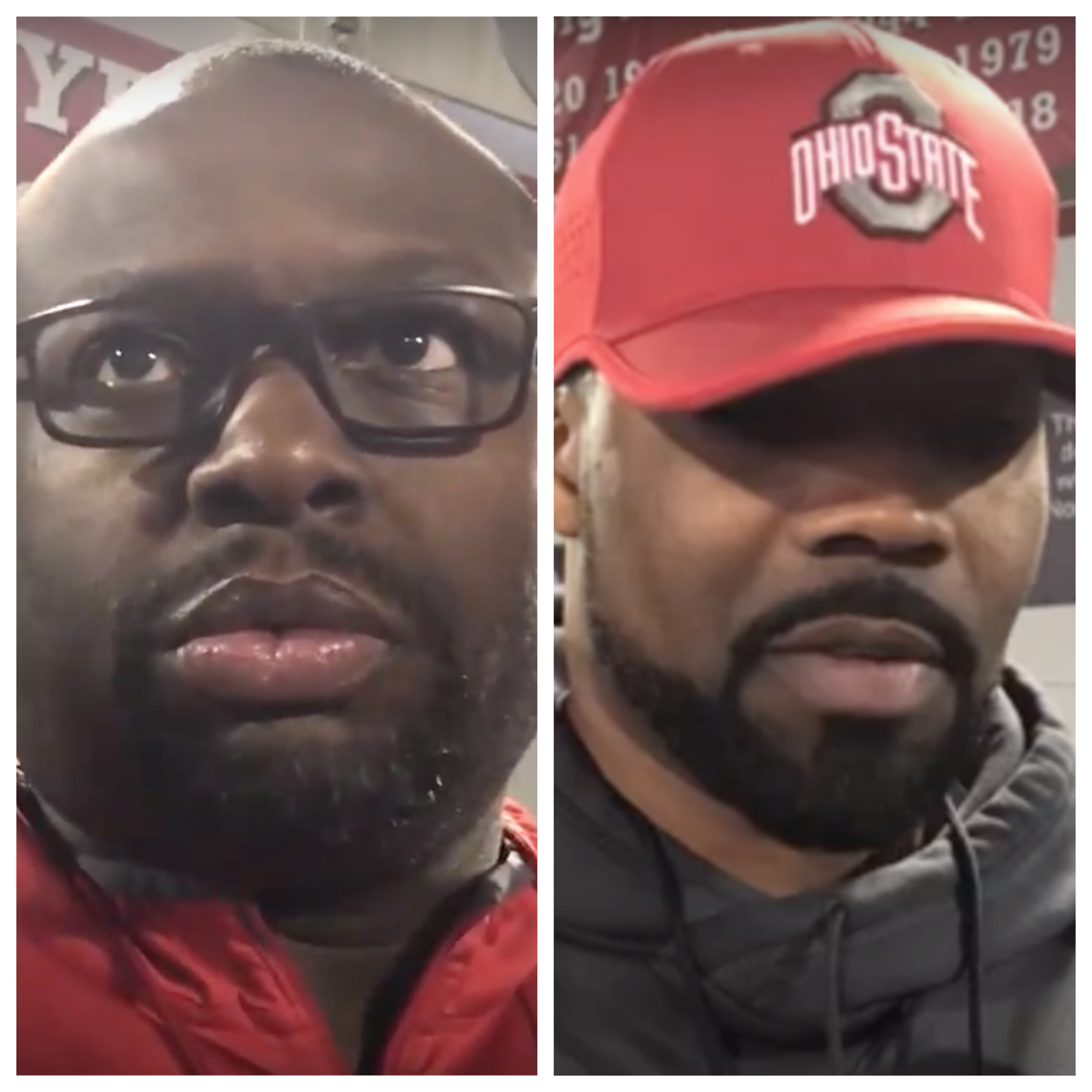 Although the Buckeyes return experience and production between the running backs and linebackers in 2019, Ohio State’s position groups on each side of the ball have playing time up for grabs.

While the running backs only lost Mike Weber to the NFL draft, the linebackers return every member from the unit’s 2018 rotation with the exception of Keandre Jones, who transferred Jan. 29 to Maryland.

Key players from both positions return for spring camp, which continued Thursday at the Woody Hayes Athletic Center with OSU’s fourth practice.

As the Buckeyes move on, where does each group stand after two weeks of spring camp? Running backs coach Tony Alford and linebackers coach Al Washington offer some insight.

“You can tell he’s much more comfortable, too, on what he’s doing. I just think that comes with time. Last time, he got thrown in — he got thrown in, here we go — and he’s been able to prepare for this moment and he lets us coach, and it’s great. He allows us to coach and own our rooms, if you will. That’s not to say that (former head coach) Urban (Meyer) didn’t, but that’s what Ryan’s done. He’s not micromanaging things and you can tell, he’s much more comfortable — here we are, here’s the plan, what the plan of attack is. I love his demeanor every day. It hasn’t changed. Such a high-energy guy and positive, and it has not changed from day one. So that’s a joy to work with and for.”

On how Ohio State might split carries between junior J.K. Dobbins…

“We’ll see as we go, we will, but (junior) Demario (McCall) is going to play a lot of football. Not going to say what that (is) — 50, 60, 40 — I don’t say that. But Demario’s going to play a lot — a lot — of football for us. And he’s going to play really, really well. I’m extremely confident he’s going to play exceptionally well for us. And again, the energy and positivity that he brings every day is great — especially for me in my room because I have a tendency to get antsy with some things, putting it mildly, and he’s the one who … makes my job keeping the main thing the main thing and brings some levity to it a little bit.”

On how Ohio State’s linebackers are wide open for competition…

“It’s been awesome because here’s why — every kid knows that, so you get everybody’s best. Nobody’s comfortable. Nobody’s complacent. Everybody’s growth-minded. Everybody’s eager. And so as a coach, I’m not coaching effort. And I’m not saying (that at) a place like this you ever would, but it’s human nature, right? So it’s been awesome because everybody’s kind of bought into that and actually helping each other, man. … Guys are very supportive of each other, but when they’re out there, they want it. So it’s been fun that way.”

On the purpose of Ohio State’s hybrid “bullet” position…