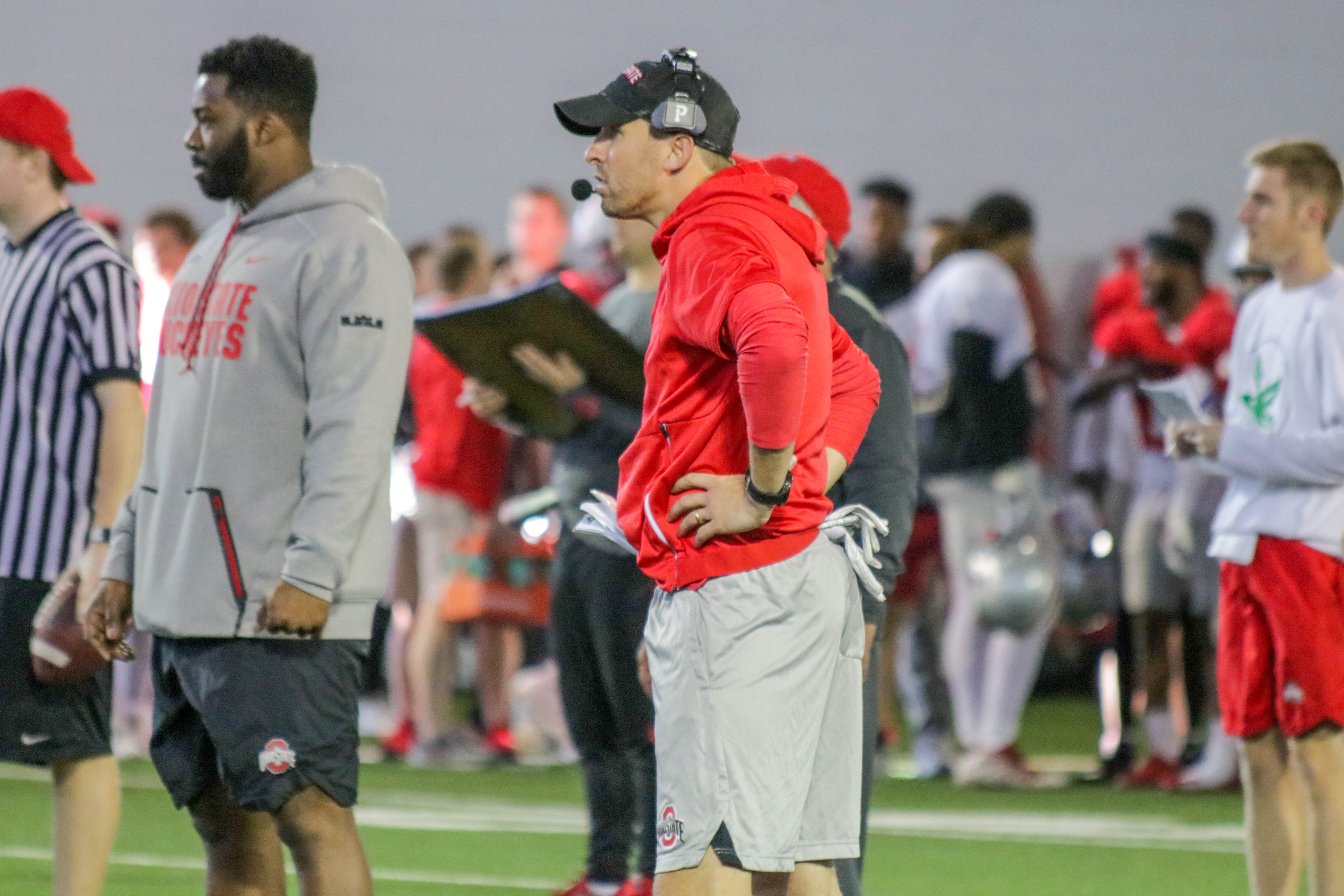 With the seventh practice of March in the books Wednesday at the Woody Hayes Athletic Center, Ohio State spring camp has approached its halfway mark.

After the Buckeyes completed their sixth day of spring drills Monday morning, they wrapped up the second of three practices for the week with eyes on skill positions on both sides.

While the front seven — particularly the linebackers — undergoes a transition in scheme with co-defensive coordinator Greg Mattison and position coach Al Washington from Michigan, head coach Ryan Day’s offseason overhaul trickled to the defensive backfield when Hafley and Barnes came over as well.

In daily competition with Hartline’s receivers, Hafley has seen the secondary match the energy.

Kendall Sheffield is Ohio State’s only departure in the defensive backfield, where starters such as Damon Arnette and Jeffrey Okudah return from the three-man rotation at cornerback while starting safeties Jordan Fuller and Brendon White bring back experience over the top.

“I’ve been impressed with, really, all of them,” Barnes said. “Just how hard they’re willing to work and how much they embrace the process, that speaks to the culture here that (former head coach Urban) Meyer has established and Coach Day has continued. Just really, really impressed by all those guys. To single one or two guys out right now, not sure I can do that for you.”

Hartline’s position group is in similar spot after a trio of team captains — Parris Campbell, Johnnie Dixon and Terry McLaurin — graduated from the receivers room following the 2018 campaign, since spending the past three months preparing for the NFL draft.

While the three former Buckeyes have seen their stocks soar — one week removed from pro day March 20, Dixon and McLaurin had an on-field workout with a representative of the Houston Texans after Wednesday’s practice — they leave behind a void in the unit for Hartline to figure out.

“In the end, day to day, I’m making sure these guys are healthy,” Hartline said. “I mean, I’m a really good coach when my best players are on the field. To me, it’s my job to make sure that I protect them from themselves. There’s a lot of guys — really, every guy — that when I ask them to go, they go.

“So if I ask them to go too many times, something’s going to give sometimes. So I’ve got to make sure that I’m gathering information on their body, how they feel — what’s tight, what’s not — and then sometimes I adjust reps based on that just so we can keep guys healthy.”

Between the losses of L’Christian “Blue” Smith (transfer) and Kamryn Babb (surgery) in the past week, Garrett Wilson naturally becomes next in line for more reps among the underclassmen.

“It’s tough because, one, he’s such a great guy,” Hartline said of Babb. “You want guys to earn things, but he’s attacked it the right way, whether it be the weight room or academics and studying and being in my hip. He really is a great young man from a great family, so if anyone can weather the storm, it’s him. But it is a blow to our unit because I think he adds a lot of value to our room.”