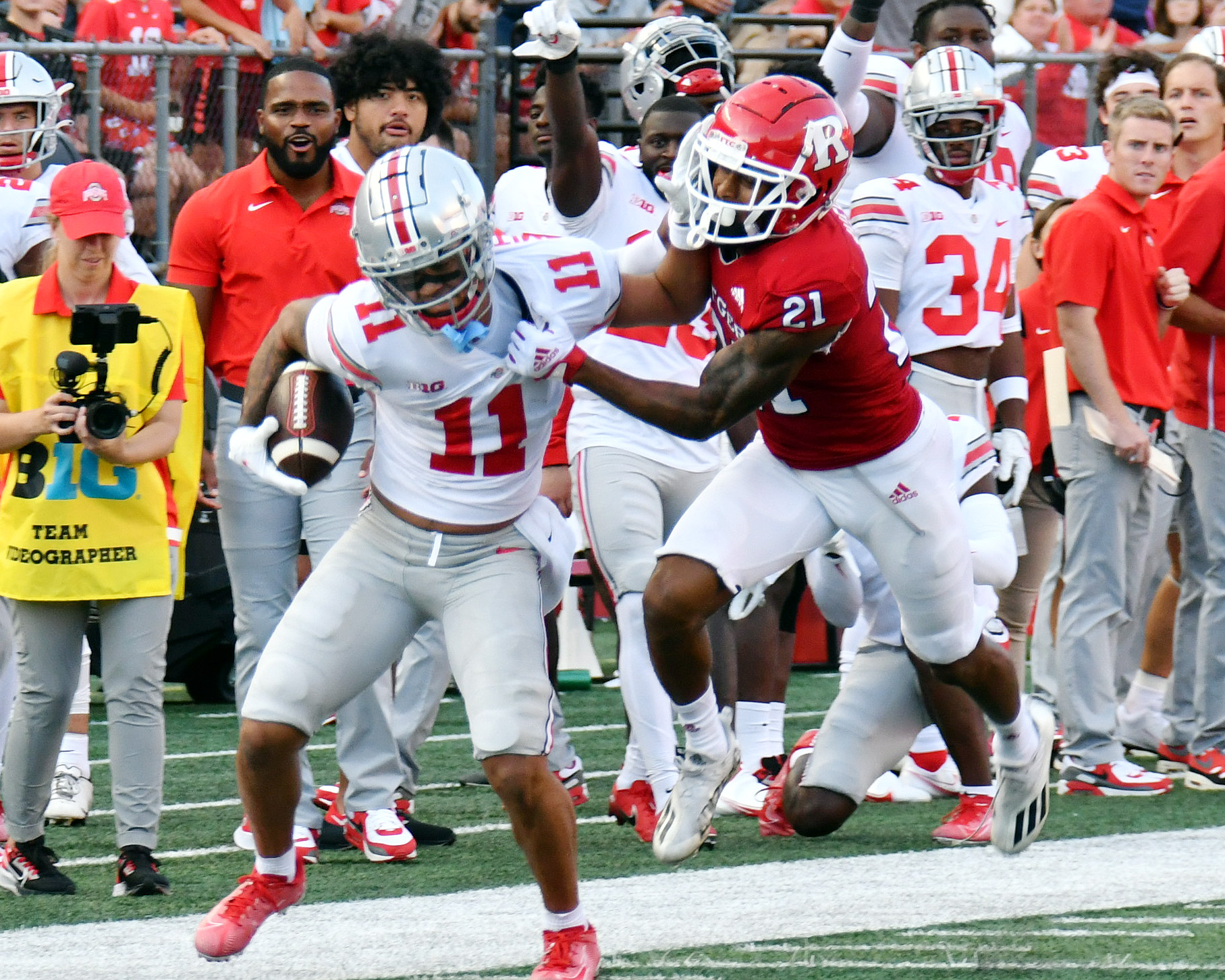 Ohio State isn’t going away from C.J. Stroud as its quarterback, so long as the redshirt freshman’s shoulder is healthy enough to play with. Buckeye head coach Ryan Day wasn’t shy about it, either. When asked if there was a quarterback competition of any sort, or if Stroud is the guy when fully healthy, Day cut right to the chase and said that barring further injury – which Ohio State is monitoring this week – Stroud will be healthy enough to play against Rutgers on Oct. 2, and when healthy, he’s the starter.

Leadership – where it’s coming from and how it’s being received – has been an underlying topic of conversation the last week or so regarding the Ohio State football team.

Ripples of locker room discord before, during and after last Saturday night’s 59-7 victory against Akron appeared as cracks in what many team members refer to as “The Brotherhood.” Three days before the game, fourth-year senior linebacker Dallas Gant announced he was entering the transfer portal, and then fellow fourth-year senior linebacker K’Vaughan Pope essentially quit the team in the second quarter of the win against the Zips. He was officially dismissed the following day.

Luke Wypler is a Jersey boy.  He likes pizza, bagels and Bruce Springsteen. The redshirt freshman center will make his return home when the Buckeyes travel to Piscataway, New Jersey, to face Big Ten opponent Rutgers.

For the first time in the 2021 season, Ohio State center Harry Miller is back with the Buckeyes and available for their upcoming matchup with Rutgers on Oct. 2. Head coach Ryan Day confirmed during his weekly press conference that the junior center would be returning to the team after missing the opening month of the season with an undisclosed health issue.

He talked about Ohio State’s performance against Akron and how he feels about the matchup with Rutgers. The Buckeyes will travel to Piscataway, N.J., to face the Scarlet Knights at 3:30 p.m. on Saturday.

C.J. Stroud will return to the starting lineup when Ohio State battles Rutgers on Saturday. Ohio State head coach Ryan Day said Thursday during his weekly radio show that he expects the redshirt freshman quarterback to be ready to play on Saturday after missing last week’s game against Akron due to a shoulder injury.

Wyatt has returned, and he’s ready to preview Ohio State’s upcoming matchup with Rutgers. If you’re interested in subscribing to Buckeye Sports Bulletin, give BSB a call at 614-486-2202 and say that the podcast sent you. Ask for four free issues if you’d like to give it a sample first.

C.J. Stroud returns to Ohio State against Rutgers. It’s not quite the Return of the Jedi or the Return of the King, but it’s a good sign for the Buckeyes. Is that a good reference? I’m not sure. Let me continue it for a second, though. Stroud isn’t a Luke Skywalker or Aragorn in my eyes. Who can be? The fictional characters are legends in their own right.

Ohio State has taken one road trip this season to Minneapolis, and came out of it with a win, albeit a shaky one. The Buckeyes looked rattled early on by a hostile crowd – the first that about half of this team has ever seen in college football – but rallied to weather that storm, riding big plays to the win.

Ohio State is without 13 players for its road matchup with Rutgers, with defensive end Tyreke Smith and running back Miyan Williams being the largest names listed as unavailable on both sides of the ball.

C.J. Stroud returned from a one-game absence to throw for 330 yards and a career-high five touchdowns when No. 11 Ohio State rolled over Rutgers 52-13 at SHI Stadium in Piscataway, N.J., on Saturday.

Against Tulsa, Denzel Burke had an interception taken away after the officials reversed the call on the field, awarding the Golden Hurricane with a catch. This week, though, there was no doubt for Burke, who intercepted Rutgers quarterback Noah Vedral and raced 23 yards down the near sideline for a pick-six.

All teams need to do in college football is win games. After a number of highly-ranked programs lost last week, the unpredictable action continued the following weekend.

Ohio State defeated Rutgers 52-13 at SHI Stadium in Piscataway, N.J., improving to 4-1 and ascending four spots to No. 7 in the latest Associated Press Top 25 poll. The Buckeyes collected 530 yards of total offense against the Scarlet Knights, while the defense only allowed only 346 yards.