Tyreke Smith, Miyan Williams Out, Harry Miller Back For Ohio State Against Rutgers 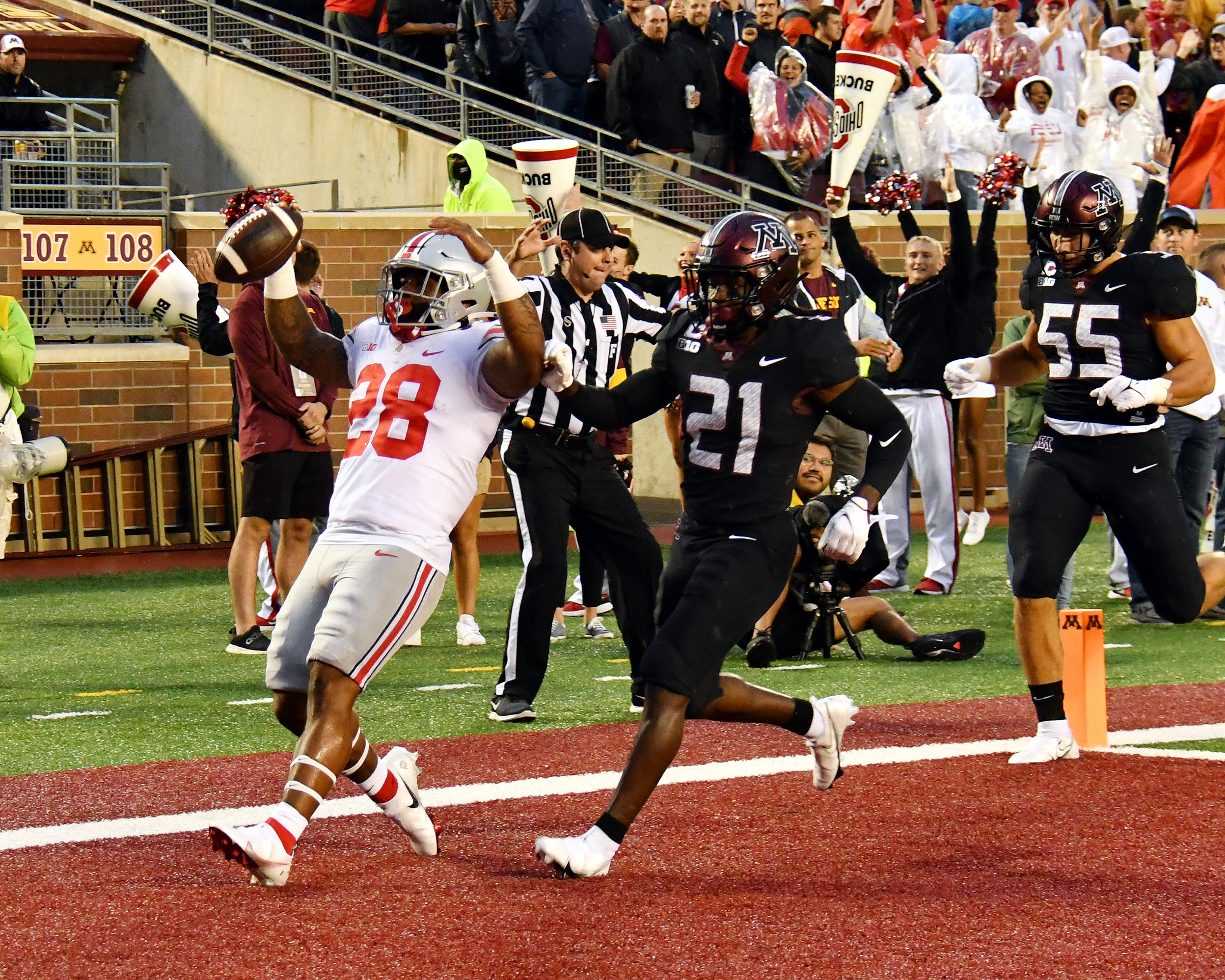 Ohio State is without 13 players for its road matchup with Rutgers, with defensive end Tyreke Smith and running back Miyan Williams being the largest names listed as unavailable on both sides of the ball.

Smith has eight tackles, three quarterback hits and one tackle for loss on the season, while Williams has rushed 32 times for 249 yards and a touchdown, but has seen his role diminished in the past two games as freshman back TreVeyon Henderson has taken over.

Also listed on the status report is linebacker Palaie Gaoteote, who is named as a game-time decision.

Two names not on the list are offensive linemen Harry Miller and Thayer Munford. Miller will be available to play for the first time all season, while Munford comes back after an absence against Akron.