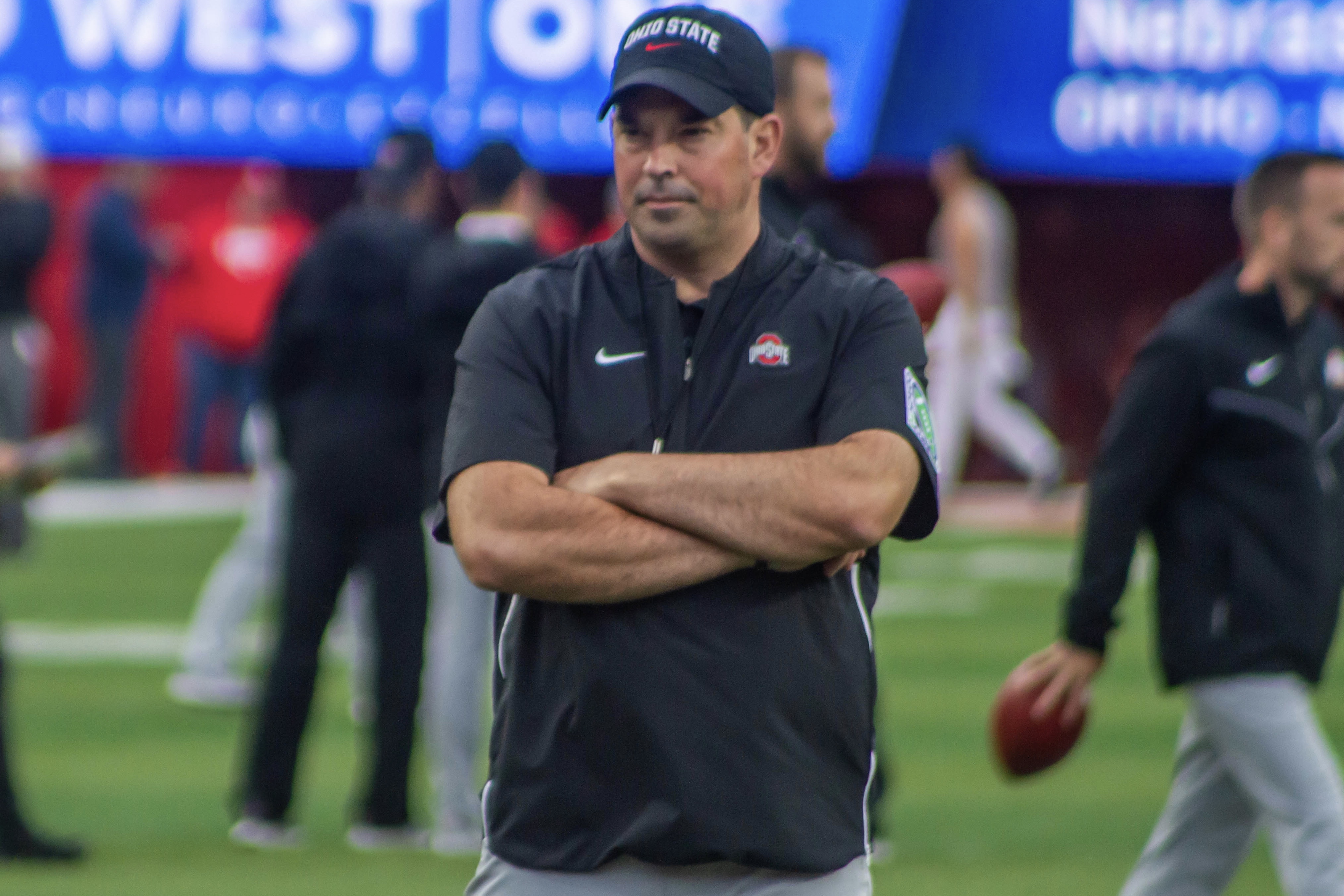 He talked about Ohio State’s performance against Akron and how he feels about the matchup with Rutgers. The Buckeyes will travel to Piscataway, N.J., to face the Scarlet Knights at 3:30 p.m. on Saturday.

On last week’s win over Akron:

“I thought we took some strides.”

Good to get some young quarterbacks some reps.”

“On defense, we were more aggressive. We found a pash rush that was good.”

On what the offense can do better:

“We got to do a good job on third down.”

“Great to see Matt Jones step in. The overall vibe from the O-line has been good.”

On riding the hot hand at running back:

Day said Master Teague ran hard against Akron, and that he kept the Buckeye offense “on schedule.”

On the wide receivers, balancing the offense:

“That’s part of being unselfish.”

Day said he calls plays based on what the defense presents.

“What we can’t do is force it on offense.”

“Sometimes it’s just the way the game plays out.”

On the quarterback position:

“C.J.’s had a good week of work. Looking forward to getting him back on the field this week.”

On younger players making an impact:

“I think we’re settling into roles, which is great.”

“Good to see some of them really fill into those roles and gain some confidence.”

On the offensive line without Thayer Munford:

“They work hard. Toby [Wilson] stepped in, that was good.”

Day said the team will ease Harry Miller back into the lineup this week.

On converting on third down, having early down success:

“It’s so important to make sure you can stay on schedule.

Day said gaining four yards on the first play can allow an offense to set the tone for a drive.

On tackles for loss against Akron:

Day said frequently changing looks allows for a defense to get in the backfield.

“Winning the line of scrimmage and getting off blocks. We have to be disruptive up front.”

“They’re competing. When guys are doing it in practice, it shows up in the game.”

“We’re a different team than we were four weeks ago.”

On Ohio State’s defense, getting adjusted early in games:

“Part of that is just believing that you’re going to make the plays.”

“The only way to build confidence is to get out there and do it.”

On taunting penalties and finding the right amount of celebration:

“We want intensity, we want energy.”

“But you have to play with emotion. You can’t let emotion play with you.”

“That’s discipline at the end of the day.”

“We don’t have as much depth as we’ve had in the past.”

“Those younger guys have a chance to be really good for us.”

“He deserves [his opportunities]. The way he handles his business, I’ve been very impressed with him.”

“Somebody we definitely want to invest in.”

“They are aggressive. We got to be ready and be alert.”

“They have some talent. They have a good scheme, and they’re not gonna give you anything.”

“There is some familiarity there.”

“Anytime you have a tight end in there, you have a chance to build thicker surfaces.”

“Just a different style of game when you’re in 12 [personnel].”

Day said Gee Scott Jr. is settling into his role at tight end. “He’s growing into it, buying into it.”

On Day balancing family and work:

“It depends on what you call normal,” he laughed.

Day said he talked with former head coach John Cooper about his time management during a football season.

“[The coaches] are staying up late at night making sure everything is organized.”

On how to navigate social media:

“You’re gonna be exposed to a lot of things, good and bad.”

“I just turn off my phone if I think something’s going to go bad. I only read the good stuff.”

On the team’s weekly practice routine before games:

Day said he calls Tuesdays “Laboratory Tuesdays” because he tests out plays and formations with his team on those days. If the plays work, he keeps them, if they don’t, he throws them out.

On if Day still keeps in touch with Jaguars head coach Urban Meyer:

“I do. Big game for him [tonight against Cincinnati].”

“I’ll be watching tonight, pulling for him.”

“The people of Ohio will be excited to see him back in Ohio.”

On having three-straight home games in September:

“I thought we had a really good crowd last Saturday night. We could feel them, it was fun.”

Day said the “buzz” was missing in 2020 and that it is great to get back to that in the new season.

Day with more on Rutgers:

“This is a big game for us to figure out where we’re at.”

“This is going to be a challenge for our guys.”