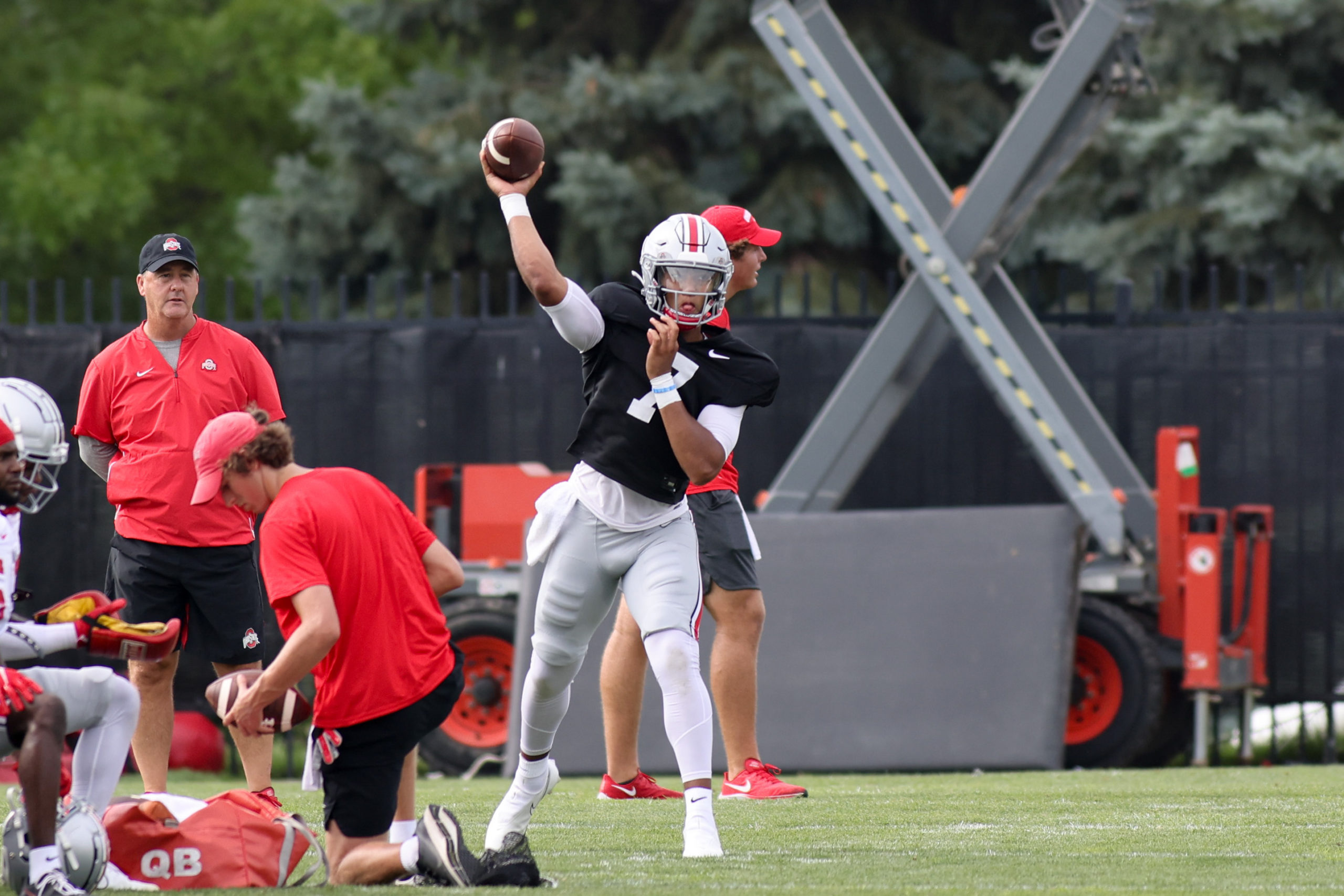 C.J. Stroud will return to the starting lineup when Ohio State battles Rutgers on Saturday.

Ohio State head coach Ryan Day said Thursday during his weekly radio show that he expects the redshirt freshman quarterback to be ready to play on Saturday after missing last week’s game against Akron due to a shoulder injury.

“I thought C.J.’s had a good week of work, so looking forward to getting him back on the field this week,” Day said.

During his brief press conference with the media following his radio show, Day said he noticed Stroud’s improvement on Tuesday — the redshirt freshman’s first practice of the week. After a game on Saturday, Ohio State watches film and recovers on Sunday before taking a day off on Monday.

“He knocked a little bit of the rust off on Tuesday at the beginning of practice,” Day said. “He finally got into a rhythm about halfway through Tuesday, and then he had a good day yesterday.”

Day believes resting Stroud against Akron helped him to get healthy. It also offered him a chance to watch Kyle McCord and Jack Miller perform at quarterback.

“I think it allowed him an opportunity to heal up and rest up his shoulder, but also a little bit of a different perspective,” Day said. “When you watch practice — when you watch the game from the sideline — you see things from a different lens. It helps, so I’m hoping that pays off here.”

With Stroud healthy, he will retake his position as Ohio State’s starting quarterback. The shoulder injury appeared to affect his performance in the Buckeyes’ first three games against Minnesota, Oregon and Tulsa — more so against the Golden Hurricane than the Gophers or Ducks.

Because of Stroud’s ailment, McCord and Miller filled in, allowing Day to see the capabilities of backup quarterbacks. Despite a small sample size, Day liked what he saw from them. Still, he thinks Stroud is quarterback moving forward.

“It goes a long way that these guys have been in games before,” Day said. “We still have to play more to have a body of work, but it’s good for them to have a reference point of what the consequences are of doing something or not doing something. The rewards for preparing or not preparing. Whatever those things are because you don’t really understand what is in practice until you get into a game, and some good lessons were learned there.

“Anytime we can do that we want to do that, to get those guys reps. When it is appropriate we will. C.J.’s had a good week of practice and we’re looking forward to Saturday.”