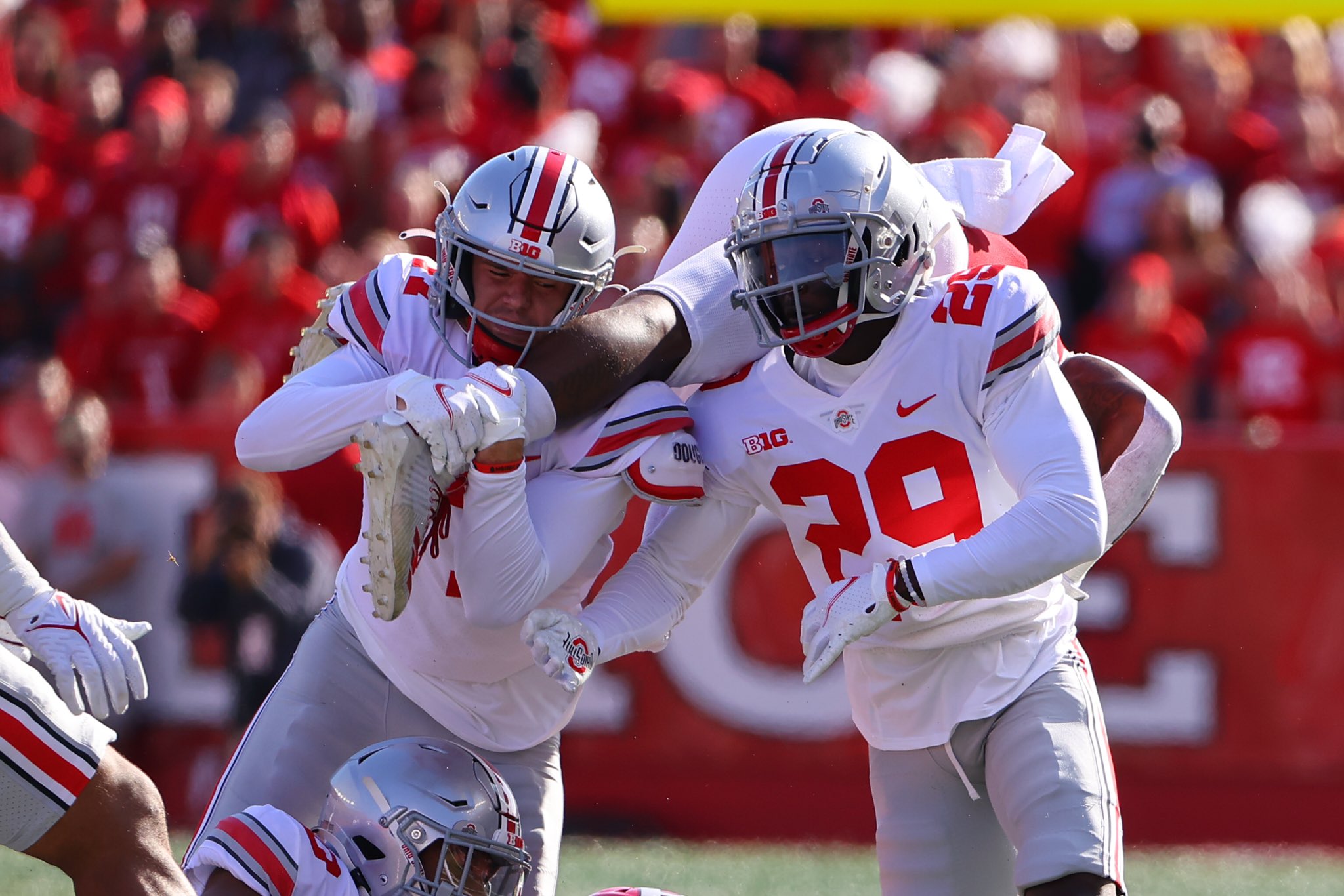 Chase Brown, BSB: Against Tulsa, Denzel Burke had an interception taken away after the officials reversed the call on the field, awarding the Golden Hurricane with a catch. This week, though, there was no doubt for Burke, who intercepted Rutgers quarterback Noah Vedral and raced 23 yards down the near sideline for a pick-six.

The freshman cornerback continues to improve in each game. Through five weeks, he has not backed down from covering an opposing team’s best receiver. He has looked strong in man and zone coverage, keeping pace with his assignment while playing a physical brand of football.

Burke is a budding star on Ohio State’s defense. While I don’t want to hurl projections on a first-year player, I think Burke has the potential to be one of the great Buckeye cornerbacks, continuing to improve the school’s claim of being Defensive Back University or DBU.

Wyatt Crosher, BSB: For the first time since he was a freshman in 2018, Chris Olave was getting questions about his production. He followed up a game in which he was shut out by one where he had just two catches for 20 yards, even with one of those going for a touchdown.

Against Rutgers, Olave put those questions to bed, leading the Buckeyes with 119 yards on five catches, two of which went for touchdowns in a dominant road victory.

With C.J. Stroud back under center, he found the senior wide receiver early and often, with Olave consistently finding space and breaking open big plays as he has for much of his Ohio State tenure.

For Olave to do this, against a Rutgers defense that was allowing just 150.0 yards per game through the air coming in, proves how dynamic and impressive of a receiver he is. It also proves how important he is to the offense’s success as a whole.

Patrick Mayhorn, BSB: Fresh off a week of rest, C.J. Stroud certainly looked like a rejuvenated man for the Buckeyes against Rutgers, operating a somewhat new-look offense masterfully to the tune of 330 yards and five touchdown passes on 17-of-23 passing.

Stroud was cool and collected in the pocket and thrived in a system that allowed him to make more quick reads and throws than the one Ohio State deployed in his first three games, connecting with receivers all over the field.

He was still the beneficiary of quite a few impressive runs after the catch from players like Chris Olave and Garrett Wilson, but anyone at the helm of this offense is going to be.

But, in delivering accurate balls throughout the game to open receivers, Stroud looked again like the quarterback that he had been when healthy against Minnesota. He still doesn’t seem quite 100 percent, but his 90 percent is more than enough to cement his spot as QB1 for the Buckeyes moving forward.

Mark Rea, BSB: A handful of Buckeye leaves to young Mr. Coleridge Bernard Stroud III, who returned to the fight against Rutgers and looked like a more streamlined version of the redshirt freshman who started the first three games for Ohio State. Stroud seemed much more decisive, more relaxed and more in charge as he made 330 yards and five touchdowns look almost effortless.

One more leaf for Jeremy Ruckert, who like most Ohio State tight ends for the last 20 years, blocks and blocks and blocks, patiently waiting for the game when a few passes come his way. Ruckert made the most of that opportunity vs. the Scarlet Knights, totaling four receptions for 40 yards and his first touchdown of the season.