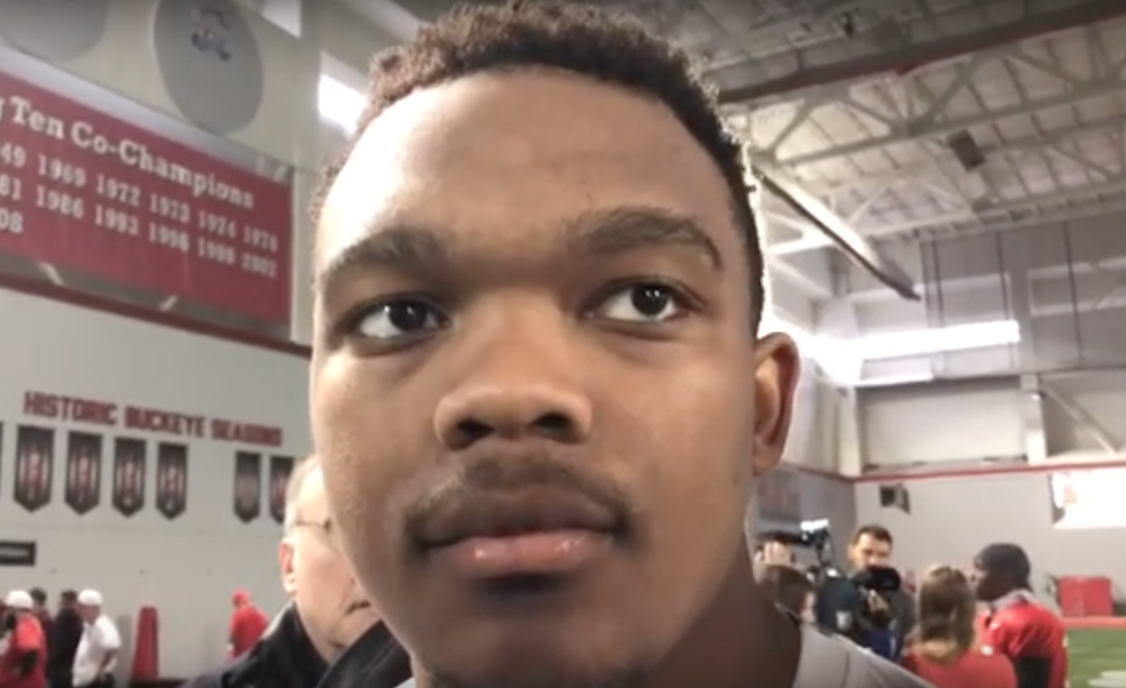 When Master Teague enrolled early at Ohio State last January, the four-star recruit from Murfreesboro (Tenn.) Blackman had no fear of competition as he entered a crowded running backs room with his first spring camp on the horizon.

Among the Buckeyes’ eight signees from the 2018 class to arrive in Columbus for a head start with elite company across each unit, Teague took his time as he learned behind J.K. Dobbins and Mike Weber atop the position group.

One year later, only Dobbins and Teague return. Beyond the decision in December made by Weber to enter the NFL draft, Antonio Williams (North Carolina) and Brian Snead (Iowa Western) transferred out of OSU.

With the running backs reset between junior Demario McCall’s move back from H-back and freshman Marcus Crowley’s arrival as a four-star prospect in the 2019 class via Jacksonville (Fla.) Trinity Christian Academy, Teague embraces his new opportunity after he redshirted the 2018 season.

“I’ve developed a lot,” Teague said Thursday after Ohio State’s fourth practice of spring camp at the Woody Hayes Athletic Center. “Beginning of last season, I wasn’t too happy with my performance. But as time went on, I just grew in the position, bettered my craft and improved a lot. This year, I feel a lot more comfortable on the field.”

“You can tell he’s much more settled,” Alford said. “Much more comfortable. I’d say he’s much more comfortable in his own skin, if you will. There’s a toughness factor that’s he come along — this grittier, grimier type of player and finishing things off more. Just his knowledge of what’s going on around him is allowing him to play faster. So I’m very pleased with what he’s done in the (first) four days.”

McCall agreed with Alford. While Crowley continues to navigate a debut spring in the thick of the competition behind Dobbins, Teague’s improvement pushes the running backs room.

Teague took five months to get acclimated while he recovered from surgery on his left ankle, a season-ending high school injury he suffered in September 2017 as a senior at Blackman, resuming football activities without limitations last March by the time OSU broke for spring camp.

Since taking 17 carries for 106 yards (6.2 average) and a 33-yard touchdown in three games — Sept. 1 vs. Oregon State, Sept. 8 vs. Rutgers and Sept. 22 vs. Tulane — throughout a shortened fall, Teague’s focus for his second spring ultimately centers on playing tougher and running harder, the culmination of which he called “being a Buckeye.”

“I’m ready for anything,” Teague said. “I just plan on contributing however way (helps) the team best — however I can help the team.”