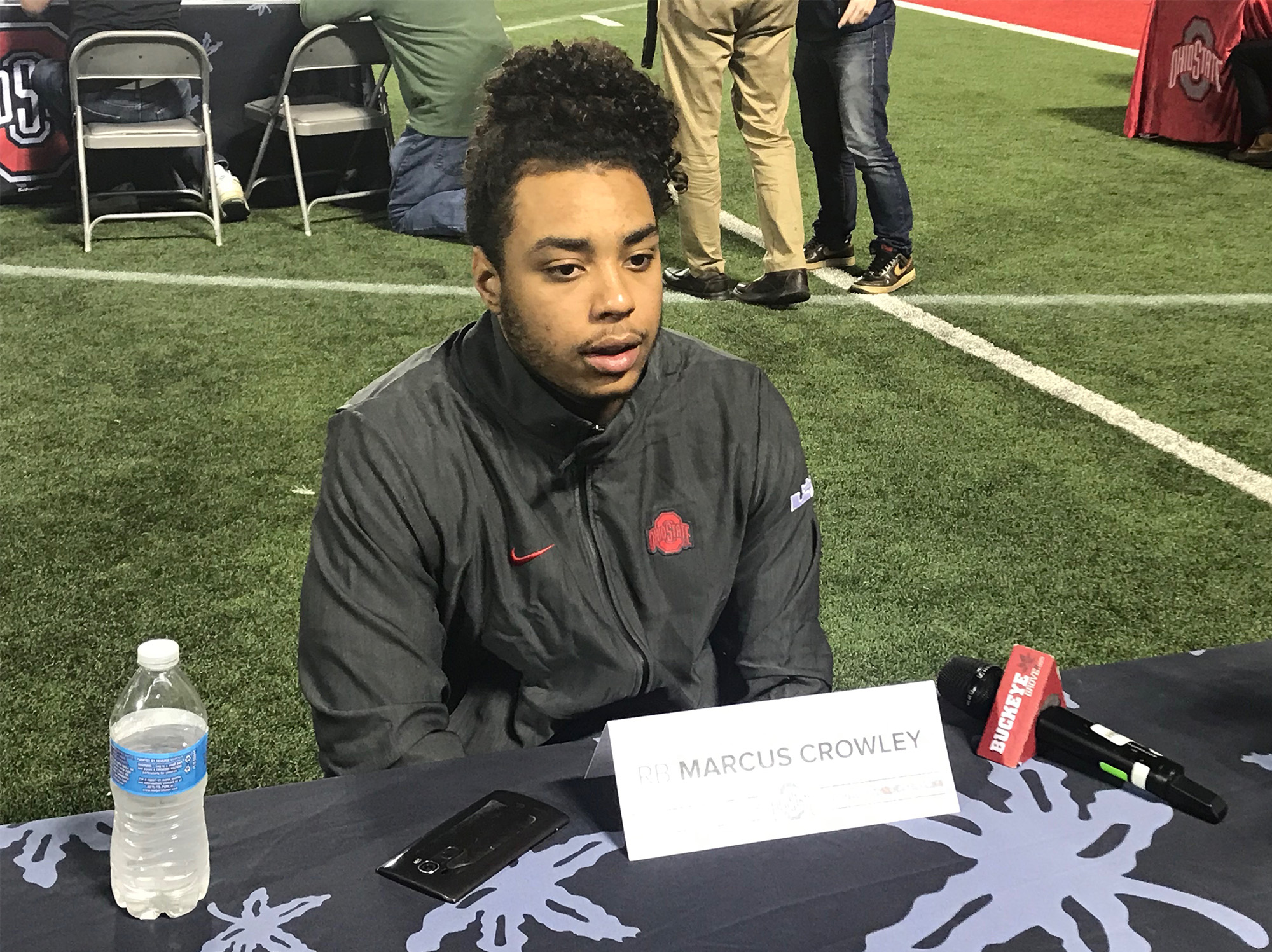 On campus at Ohio State for the past month as he counts down the days until his first spring camp starts March 4, Marcus Crowley gets a head start in the running backs room with an open spot up for grabs.

After the Buckeyes lost Mike Weber to the NFL draft, followed by Brian Snead mutually parting ways with the program and subsequently transferring to Council Bluffs Iowa Western, Crowley came to Columbus for early enrollment with a prime opportunity in sight.

OSU returns junior J.K. Dobbins and redshirt freshman Master Teague while junior Demario McCall is also in line for looks among the group after he spent his 2018 season at H-back, but Crowley brings another option as he gets acclimated to his spring semester.

With Steele Chambers, the four-star signee in Ohio State’s 2019 recruiting class who wraps up his senior year at Roswell (Ga.) Blessed Trinity Catholic before he arrives for summer enrollment in June, Crowley was an imperative piece for the Buckeyes to build depth under running backs coach Tony Alford.

OSU flipped Crowley — the 247Sports composite’s No. 370 overall prospect, No. 26 running back and No. 44 player in Florida — from Miami (Fla.) during an official visit Nov. 2-4. He spent Nov. 3 at Ohio Stadium for Ohio State’s 36-31 win over Nebraska and announced his commitment to the Buckeyes the next day after Avon, Ind., four-star running back Sampson James switched to Indiana.

As a three-star running back until all scouting services submitted final rankings in January, since elevated to four-star status, Crowley flew under the radar while committed to the Hurricanes. He exploded during his senior season at Jacksonville (Fla.) Trinity Christian Academy with 222 carries for 2,325 yards (10.5 average) and 28 touchdowns in 14 games as the Conquerors went 13-1.

OSU took notice, pushing hard for Crowley before he eventually reunited with a pair of former high school teammates — cornerbacks Shaun Wade and Tyreke Johnson — as Trinity Christian Academy’s pipeline continued from Jacksonville to Columbus. The trio reunites with all three looking to step up in 2019 and Crowley coming into an opportunistic situation.