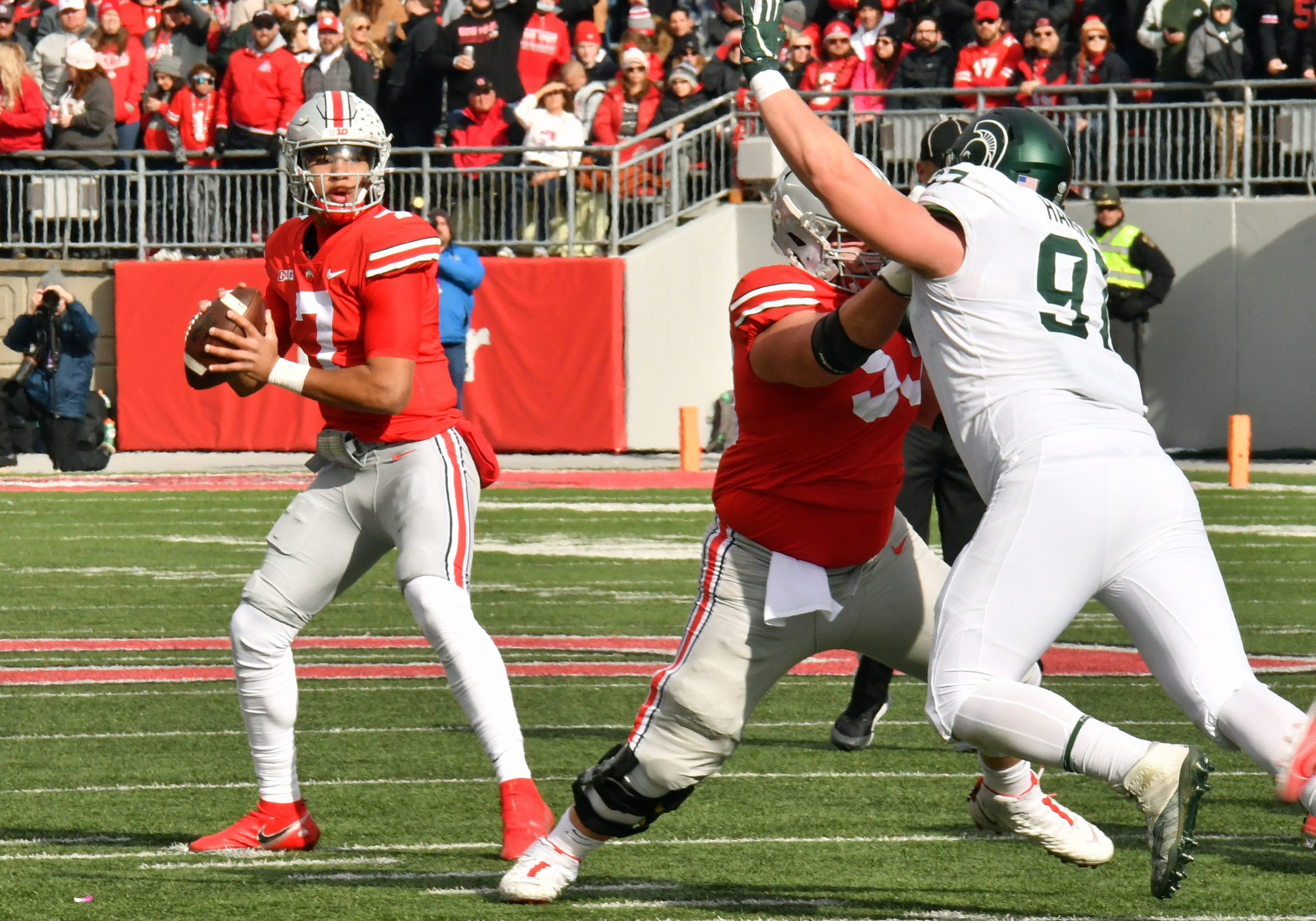 Everything will fall into place for Ohio State at quarterback in 2022. Local reporters will not spend every media availability with Day asking him who will be QB1. Instead, Buckeye fans can trust that redshirt sophomore C.J. Stroud will lead their team as a Heisman Trophy frontrunner with weapons like wide receivers Jaxon Smith-Njigba, Julian Fleming, Marvin Harrison Jr. and Emeka Egbuka at his disposal.

Ohio State has a feature running back in sophomore TreVeyon Henderson and two capable backups in redshirt sophomore Miyan Williams and redshirt freshman Evan Pryor. While Henderson will be the workhorse, Day and running backs coach Tony Alford told the media during spring camp that they will look for ways to incorporate all three ball carriers into the offense next season.

Day has also made himself clear in the last three seasons that — although he prefers to pass the football — he wants as much balanced play-calling as possible, creating a three-running-back offense a healthy and helpful idea for the Buckeyes. Henderson will require many carries in 2022, but every player needs a break, meaning that Williams and Pryor will need to be ready whenever the coaching staff calls their names.

Note: The Ohio State football program announced Marcus Crowley medically retired from football. He will not play for the Buckeyes next season.

Jaxon Smith-Njigba and Marvin Harrison Jr. are locked in as Ohio State’s starters at wide receiver, while Fleming and Egbuka look to be in a battle for the third spot in the offense. Egbuka will be in line to return kicks this season, and he can presumably play anywhere in Day’s scheme, making him an enticing option to start out wide for the Buckeyes.

This year, there will likely be more of a rotation at receiver than there has been in past years. Chris Olave and Garrett Wilson are off to the NFL, opening plenty of opportunities for snaps behind Smith-Njigba — the only returning starter.

Cade Stover moved back-and-forth between tight end and linebacker this spring. His journey is well documented at BuckeyeSports.com and in the print pages of BSB if you want more information about that storyline. The short story is that Stover will remain on offense and take over as TE1 after Jeremy Ruckert graduated and became a second-round pick in the 2022 NFL Draft.

With Stover as the projected starter, Joe Royer can compete with Mitch Rossi for backup tight end duties when Ohio State enters 12-personnel sets — an offensive package that includes two tight ends. Rossi operates more like an H-back than a true tight end and can see the field in more ways than one, but we will still give Royer an edge because of his blocking and catching abilities. Scott, Hart and Christian as the fight for second-string tight end begin this summer and fall.

However, not everything has fallen into place on the offensive line. Behind the starting five, who will take the depth positions?

This spring, Harry Miller’s medical retirement, and Josh Fryar’s absence removed the only players who could have competed for a starting spot and cleared up the first five. When Fryar returns in the summer and fall, he could push for a starting guard spot, but it’s more likely that he will operate in the sixth-man role that Matthew Jones occupied for the Buckeyes last season. With another year of development, he should crack the starting lineup in 2023.

Keep in mind that not all two-deeps are actually two-deeps. In this instance, Jakob James is not the No. 2 center. If Wypler were to go down, Matthew Jones would kick over a spot and take over snapping duties, while Fryar could be the second-string lineman at any of the other positions. Enokk Vimahi and James are likely the next two that would fill in after Fryar if the Buckeyes needed someone to fill in.