Injury Updates: Crowley To Medically Retire, Melton Likely Out For The Season 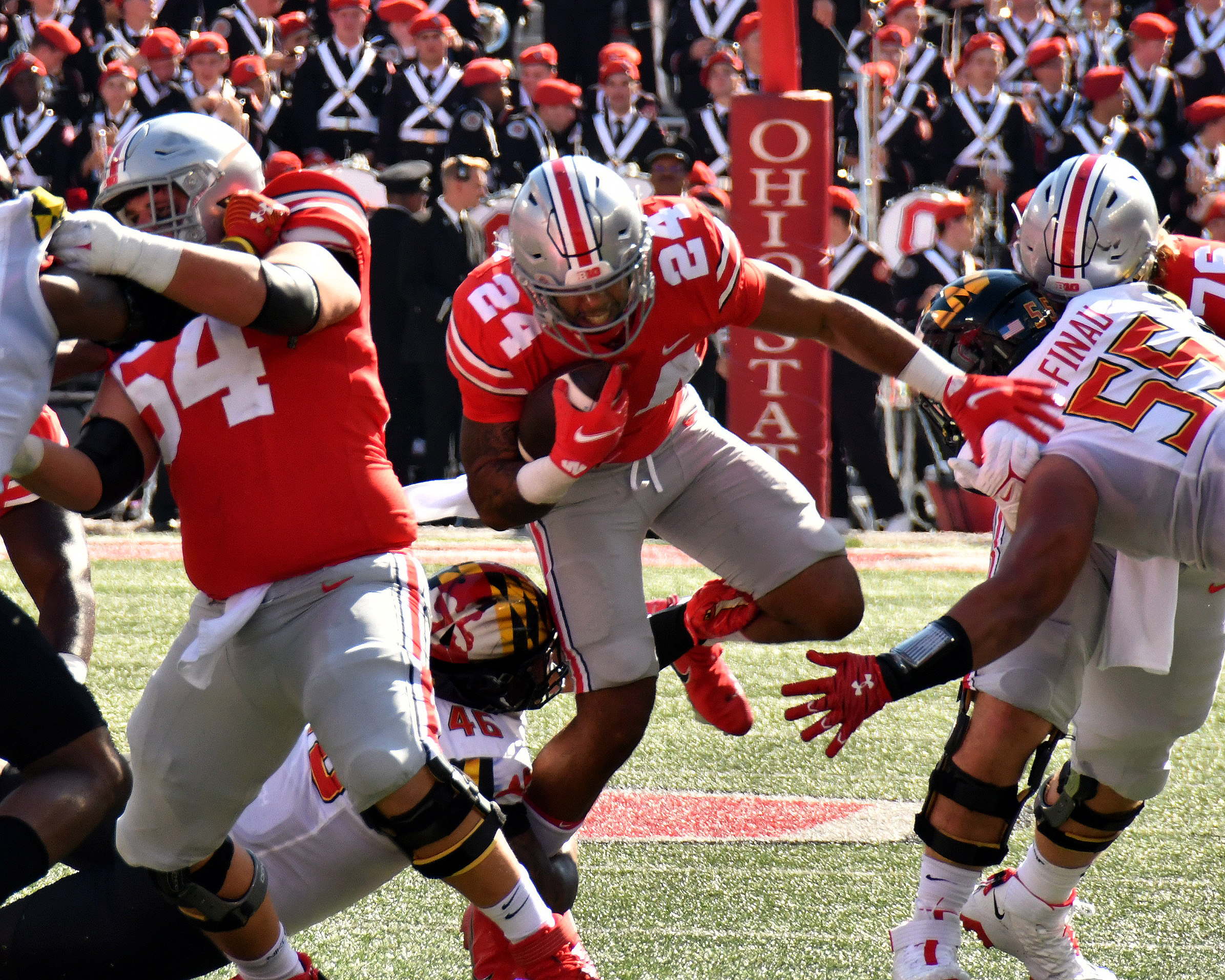 Day confirmed that Crowley is medically retiring after another “serious injury,” according to running backs coach Tony Alford, while defensive coordinator Jim Knowles said a return this season for Melton is “gonna be tough” following a injury suffered in the spring game.

Crowley was looking to return this season after injuries sidelined him for most of the past three seasons. He suffered an ACL tear in 2019 that forced him out for the rest of the year and limited him to just five games in 2020, and then suffered another knee injury last October, capping his ultimately final season with the Buckeyes after just four games.

“We met with his family last night,” Day said. “We’re going to be doing a medical redshirt for Marcus. He has a long-term injury there. He really wants to finish his degree and still be a part of the program, which he will, but he suffered a significant injury and so he’s going to medical redshirt.”

A former four-star prospect in 2019 out of Trinity Christian Academy in Jacksonville, Fla., his injuries as well as a loaded running backs room during his time with the Buckeyes – including J.K. Dobbins, Master Teague III, Trey Sermon and TreVeyon Henderson – led to him seeing the field in just 16 games in four seasons. In total, he rushed for 354 yards and one touchdown, averaging just over three yards on his 51 attempts.

His medical retirement leaves Alford with four scholarship running backs in 2022: Henderson, Miyan Williams, Evan Pryor and Dallan Hayden, who will arrive on campus this summer.

Melton, meanwhile, was in line to receive significant snaps at defensive end this season after switching from linebacker this past spring. Likely a candidate to play at Knowles’ new Jack position, the third-year Buckeye suffered a torn ACL in the second quarter of the spring game.

“We saw him earlier today with his family,” Day said. “It’s hard when you embrace these injuries because it’s going to be a long road back and, and that’s why it’s so important to have (physical therapist and athletic trainer) Adam Stewart still be a part of the program because he’s a big part of their lives and their recovery and their rehab. He’s the best in the business.

“So, the good news is we have great resources, and these guys are in good hands. The negative is it’s a long road back to recovery.”

A former four-star prospect in the 2020 class, Melton will have to wait to make an impact on the team after suffering a season-ending injury in last year’s spring practice and playing in just one game as a true freshman.

His injury leaves the Buckeyes with eight scholarship defensive ends for this upcoming season, including Javontate Jean-Baptiste, Caden Curry, Tyler Friday, Zach Harrison, Jack Sawyer and J.T. Tuimoloau, as well as freshmen Omari Abor and Kenyatta Jackson Jr., who will arrive this summer.