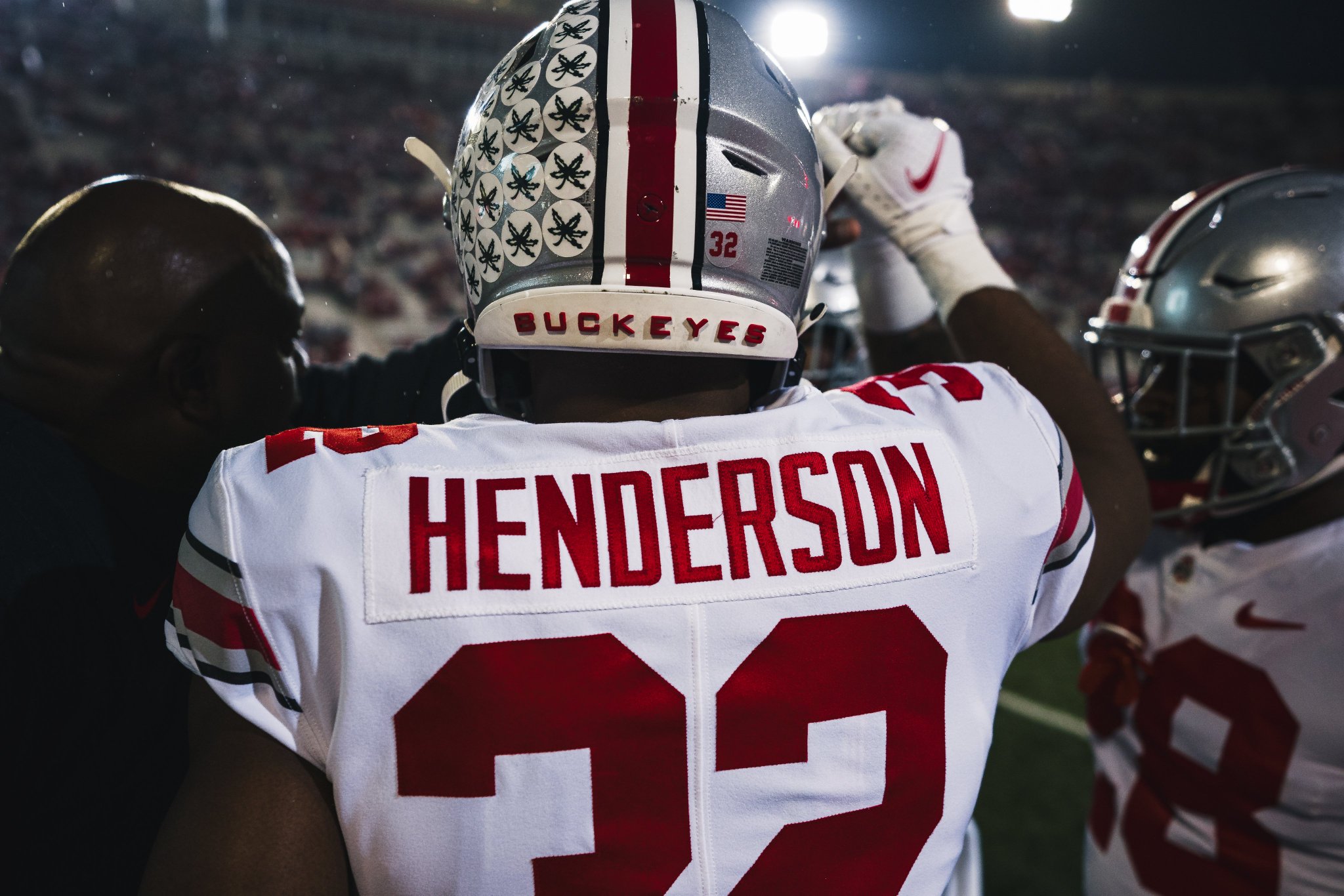 Editor’s Note: The Ohio State football program announced Marcus Crowley medically retired from football. He will not play for the Buckeyes next season.

Ohio State has a feature running back in sophomore TreVeyon Henderson and two capable backups in redshirt sophomore Miyan Williams and redshirt freshman Evan Pryor. While Henderson will be the workhorse, Day and running backs coach Tony Alford told the media during spring camp that they will look for ways to incorporate all three ball carriers into the offense next season.

Day has also made himself clear in the last three seasons that — although he prefers to pass the football — he wants as much balanced play-calling as possible, creating a three-running-back offense a healthy and helpful idea for the Buckeyes. Henderson will require many carries in 2022, but every player needs a break, meaning that Williams and Pryor will need to be ready whenever the coaching staff calls their names.

Day and Alford put a pitch count on Henderson early in 2021, leaving plenty of opportunity for the talented freshman running back to acclimate himself to the college game.

But it didn’t take long for the former five-star to become comfortable.

In Ohio State’s first game against Minnesota, Henderson broke free for a 70-yard touchdown reception that offered Buckeye fans a glimpse of his game-wrecking potential. Two weeks later, he broke the program record for rushing yards by a freshman with a 270-yard performance against Tulsa, breaking a 49-year-old mark set by two-time Heisman Trophy winner Archie Griffin.

After the Tulsa game, Henderson became the feature back in the Ohio State backfield. He ended the year with 1,248 yards rushing and 19 total touchdowns — a program-record for a Buckeye freshman ahead of Maurice Clarett’s 18 scores set in 2002. Henderson was a semifinalist for the Doak Walker Award, presented college football’s best running back and kept himself in the Heisman Trophy conversation until late in the season.

Henderson will return as the Buckeyes’ lead tailback in 2022 with a year of accolades under his belt. He might face an uphill battle to repeat the same level of success with projected top-five NFL Draft pick C.J. Stroud at quarterback and a plethora of talented receivers in the passing game. Still, Day strives for balance in his offense and will give Henderson frequent carries to keep opposing defenses guessing. The occasional tote with Henderson’s home-run hitting ability could mean continued success for the breakout star in his second season.

After impressive spring practices and a stellar fall camp, Williams started as Ohio State’s RB1 against Minnesota last season. The Cincinnati native took nine carries for 125 yards and a touchdown, establishing himself as a frontrunner in the Ohio State backfield.

Williams had a decent performance the following week. He recorded 14 carries for 77 yards in a loss to Oregon. However, an undisclosed injury kept him from the starting lineup against Tulsa, which left room for Henderson to have his breakout performance in Week 3. Williams returned for Ohio State’s matchups with Akron but missed the next two games with Rutgers and Maryland. In his absence, Williams’ starting job was taken by Henderson, and the former three-star running back took over backup duties with Master Teague in the Buckeye backfield

Williams finished the season with 71 carries, 503 yards and three touchdowns behind Henderson. He provided Ohio State with a bruiser that could hit top speed while running downfield. Williams will look to do more of the same in 2022 when Henderson takes a break from the action. Like last season, Williams will likely split his backup duties with redshirt freshman Evan Pryor, who emerged for the Buckeyes in this year’s spring practices.

Pryor is a former four-star running back from Cornelius (N.C.) William Amos Hough High School and took a redshirt season in 2021. Pryor and Henderson are a part of the same recruiting class, making his inclusion in next year’s offense intriguing.

While the Buckeyes have a deeper understanding of Williams’ ability, could Day and Alford choose to use Pryor in a more defined role to start a two-year process of a one-two combo in the Ohio State backfield? I wrote about this in a column after the spring game. You can read it here.

Pryor was the nation’s No. 2 all-purpose back in his class and flashed his versatility in Ohio State’s intrasquad scrimmage on April 16, taking nine carries for 62 yards and a touchdown while adding four receptions for 44 yards through the air. He will likely start the year as the Buckeyes’ RB3 but don’t be surprised if Day and his staff turn to Pryor more frequently as the season continues.