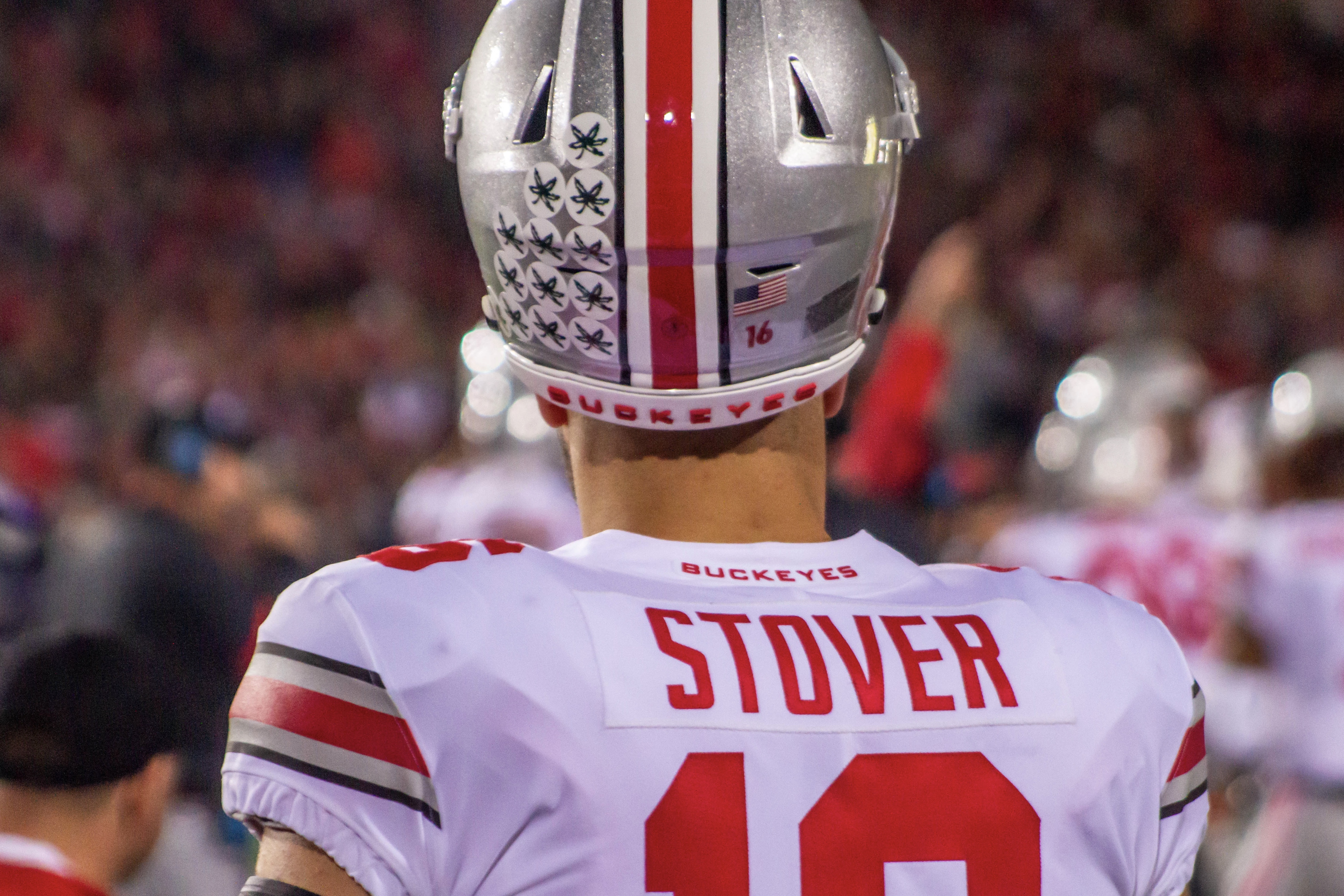 Cade Stover moved back-and-forth between tight end and linebacker this spring. His journey is well documented at BuckeyeSports.com and in the print pages of BSB if you want more information about that storyline. The short story is that Stover will remain on offense and take over as TE1 after Jeremy Ruckert graduated and became a second-round pick in the 2022 NFL Draft.

With Stover as the projected starter, Joe Royer can compete with Mitch Rossi for backup tight end duties when Ohio State enters 12-personnel sets — an offensive package that includes two tight ends. Rossi operates more like an H-back than a true tight end and can see the field in more ways than one, but we will still give Royer an edge because of his blocking and catching abilities. Scott, Hart and Christian as the fight for second-string tight end begin this summer and fall.

As mentioned above, Stover’s back-and-forth journey between offense and defense ended before the spring game. His destination was at tight end with offensive coordinator and position coach Kevin Wilson.

The Ohio State coaching staff believes Stover can offer a unique intensity to the offense next season, taking the physicality and tenacity he shows as a linebacker and bringing it to the tight end room.

While Stover doesn’t have statistics that pop off the page, he said earlier in the spring that his primary focus is to knock opposing linemen, linebackers and defensive backs to the ground and clear and patch for the Ohio State running game. The Mansfield, Ohio, native claimed he can worry about catching passes later, but thinks he can be a fourth or fifth option for Stroud when the quarterback drops back to pass.

Royer is a former four-star recruit from Cincinnati Elder High School. He was the No. 11 overall tight end recruit and a top 10 player in Ohio in the class of 2020. Royer caught 70 passes for 1,258 yards and 15 touchdowns in his high school career, indicating his pass-catching strength could translate to the collegiate level. Still, the Ohio State coaching staff believed a redshirt season and the second year of development could help Royer progress while in Columbus.

With Stover leading the tight ends and Rossi out for the spring, Royer quietly emerged as a frontrunner for the backup role. However, Royer’s silence didn’t last long as the redshirt sophomore caught two passes for 37 yards, including a highly contested 24-yard touchdown grab from quarterback Kyle McCord.

Royer will battle Rossi in fall camp for second-string duties. His receiving talent and size are an advantage, but Rossi’s experience and familiarity with the offense will offer him a significant edge in the position battle. Still, look for No. 84 to make some splashes in fall camp and in Ohio State’s early-season contests against Arkansas State and Toledo.

Rossi is the clear leader of the four remaining players that will compete for snaps next season. His versatility to play in different roles within the offense offer him a significant leg up in the tight end room. Rossi is a former fullback and occasionally lines up in the backfield when the Buckeyes utilize their heavy running packages. He might be behind the curve because of an injury this spring but count on him to be heavily involved in the Ohio State offense this fall.

Scott is the other threat to Stover, Royer and Rossi for playing time next season. The former wide receiver moved to tight end last year and has been developing his body to sustain the more physical aspects of playing tight end. His pass-catching ability is likely the best of the bunch, but he will need to grow as a run blocker before Ohio State can use him consistently.

Hart and Christian will receive late-game reps against Ohio State’s inferior opponents. Look for them in the Buckeyes’ matchups with Arkansas State, Toledo, Rutgers, Northwestern, Indiana and Maryland.