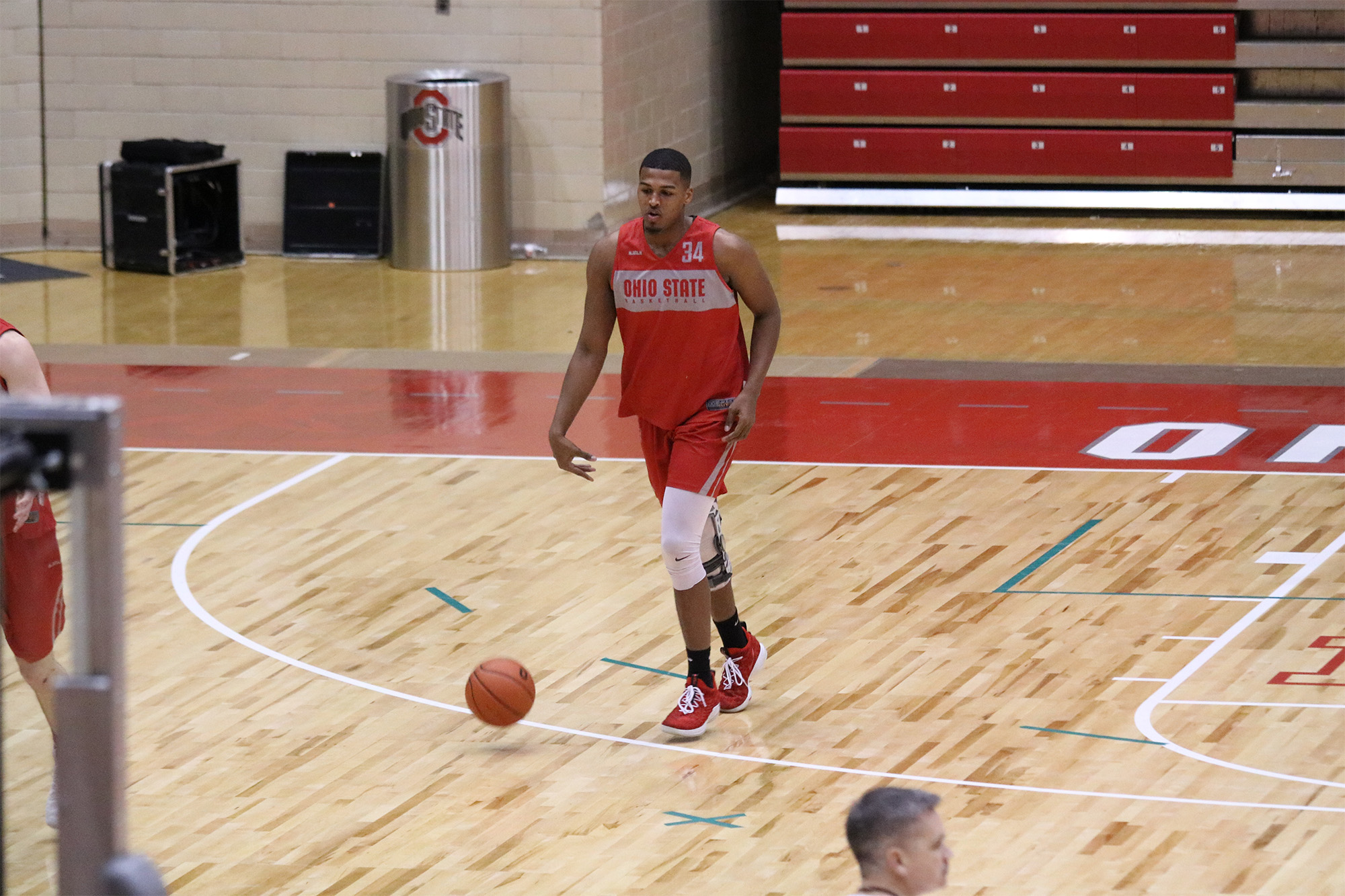 Ohio State head men’s basketball coach Chris Holtmann announced Monday morning that the three-game suspension for Kaleb Wesson is over and the sophomore center will be available when the Buckeyes play Indiana on Thursday when OSU opens the second round of the Big Ten tournament at the United Center in Chicago.

“With him coming back now, it’ll be interesting to see after a bit of a layoff how quickly we can get back to playing when he’s at full strength and when our team’s at full strength,” Holtmann said during the conference tournament’s teleconference. “I don’t think we can expect too much. I think we’ve got to be careful not to expect too much. But it is nice to have him back.

“If he’s off really a couple of days we’re worried about his conditioning, much less 14 days. But trust me, he has done early morning workouts and afternoon workouts as well.”

The 86-51 loss at then-No. 14 Purdue on March 2 might have been expected. However, the 68-50 defeat on Wednesday at Northwestern — a team that entered with a 10-game losing streak — was not.

OSU fell 73-67 in overtime to No. 21 Wisconsin at Value City Arena on Sunday and is considered a bubble team to make the NCAA Tournament for a second straight season under Holtmann. The matchup vs. the Hoosiers may decide which team gets a bid, if neither gets the automatic qualifier for winning the conference tournament.

“It was obviously a challenge beyond the fact that we were playing good teams,” Holtmann said of the past three games without Wesson. “It is different if you know he is going to come back versus not expecting him to come back. We did try to tweak and change, and we’ve played without him for portions of the season.”