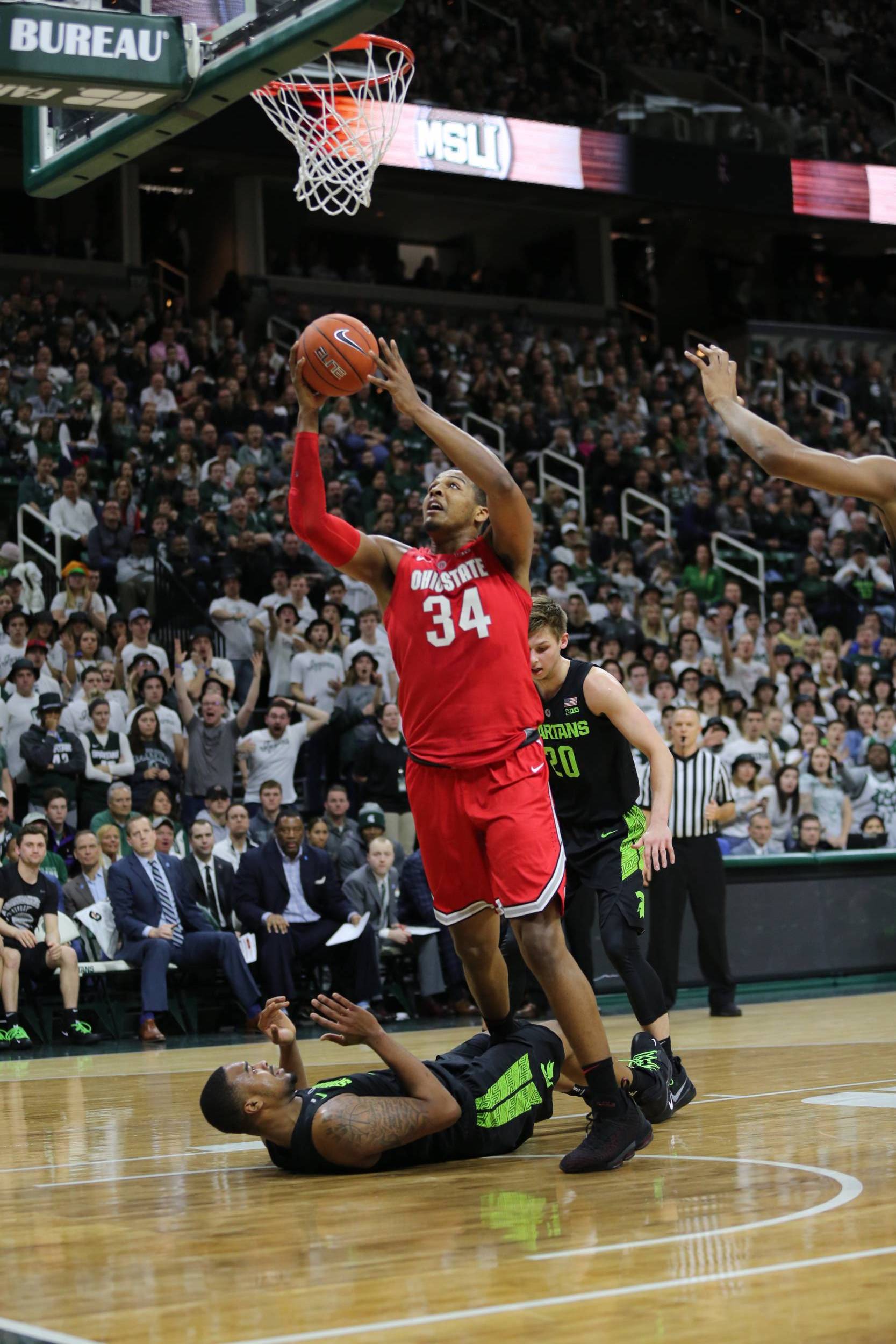 Ohio State’s formidable task of playing at No. 14 Purdue on Saturday got even more daunting when it was announced Friday afternoon that sophomore center Kaleb Wesson was suspended indefinitely “for a violation of Ohio State Athletics Department policy.”

“It impacts us a lot,” graduate transfer Keyshawn Woods said at previously scheduled press conference about an hour after the release. “He’s our leading scorer and our leading rebounder but you’ve got to continue to keep going, keep this train running without him.”

OSU coach Chris Holtmann made it clear at the same media availability that Wesson will return this season and that he is still part of the team.

In fact, Wesson will travel with the Buckeyes to West Lafayette, Ind., and be on the bench for the matchup against the Boilermakers.

“We’re all pretty close, especially on this team,” Woods said. “We just have to stay positive like we have been the past few games and continue sticking together.”

Any adjustments to playing without Wesson (6-9, 270) will be easier only because his constant foul trouble this season has forced Holtmann at times into a smaller lineup.

“I don’t know how sustainable that is for significant periods of time, to be honest with you, because it really impacts your defense and your rebounding,” Holtmann said. “We’re not going to play 40 minutes of small ball.”

Sophomore Kyle Young (6-8, 205) and freshman Jaedon LeDee (6-9, 230) will be expected to pick up some of the minutes but Young is coming off a leg injury that will limit his practice time and playing minutes.

Wesson’s presence also allowed the OSU shooters more freedom as defenses sagged on the big man in the middle.

Holtmann said the university will ultimately decide when the suspension is lifted but will collaborate with the basketball program.

Holtmann expressed support for Wesson to continue to develop on and off the court.

“I’m obviously not making excuses but sometimes we want guys to grow both as players and as people, maybe quicker than what is reality.

“He’s grown in a lot of areas. We’ve certainly seen some significant development on the floor. He had a terrific academic semester last year, matter of fact his best academic semester he’s had here, in the fall, which was really pleasing to see. When you’re working with young people you understand that this is a process.”