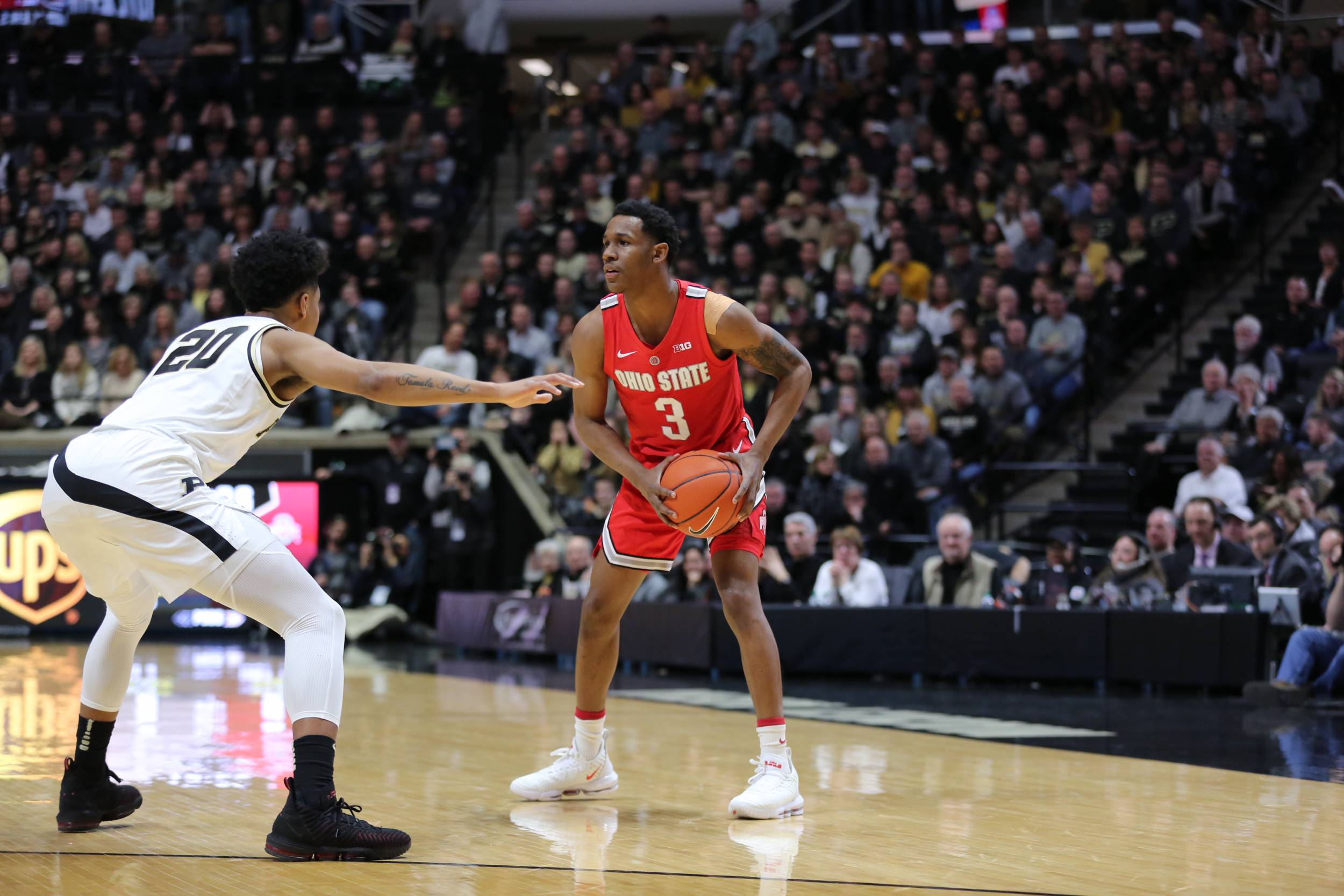 Purdue showed no mercy against undermanned Ohio State in an 86-51 thrashing of the Buckeyes at Mackey Arena in West Lafayette, Ind., on Saturday.

The Buckeyes played their first game since sophomore center Kaleb Wesson was suspended indefinitely Friday for violating athletic department policies. He is the Buckeyes’ leading scorer and rebounder.

Freshman Jaedon LeDee made his second start for him. The other starters were senior C.J. Jackson, junior Andre Wesson and freshmen Justin Ahrens and Luther Muhammad.

The Boilermakers outrebounded the Buckeyes 39-27.

Ohio State may have been no match for the 14th-ranked Big Ten leaders with Wesson, but the game got out of hand early for the Buckeyes, who trailed 48-20 at the half as the Boilermakers hit 57 percent of their shots (19 for 33) in the first half, including 57 percent (8 for 14) on three-pointers.

The Buckeyes kept the game relatively close early. They trailed 23-13 before Purdue ran off nine points in a row for a 32-13 advantage before transfer graduate Keyshawn Woods temporarily stopped the rout with a bucket.

Purdue went heavily to the bench on the second half and outscored OSU 38-31.

The Boilermakers completed just their third unbeaten season at Mackey Arena, going 15-0 overall and 10-0 in conference play. Their last home loss was at the hands of the Buckeyes last season.

It’s the second home unbeaten season under coach Matt Painter. The other was in 2010-11.

Ohio State plays at Northwestern on Wednesday before hosting Wisconsin on March 10 to end the regular season.