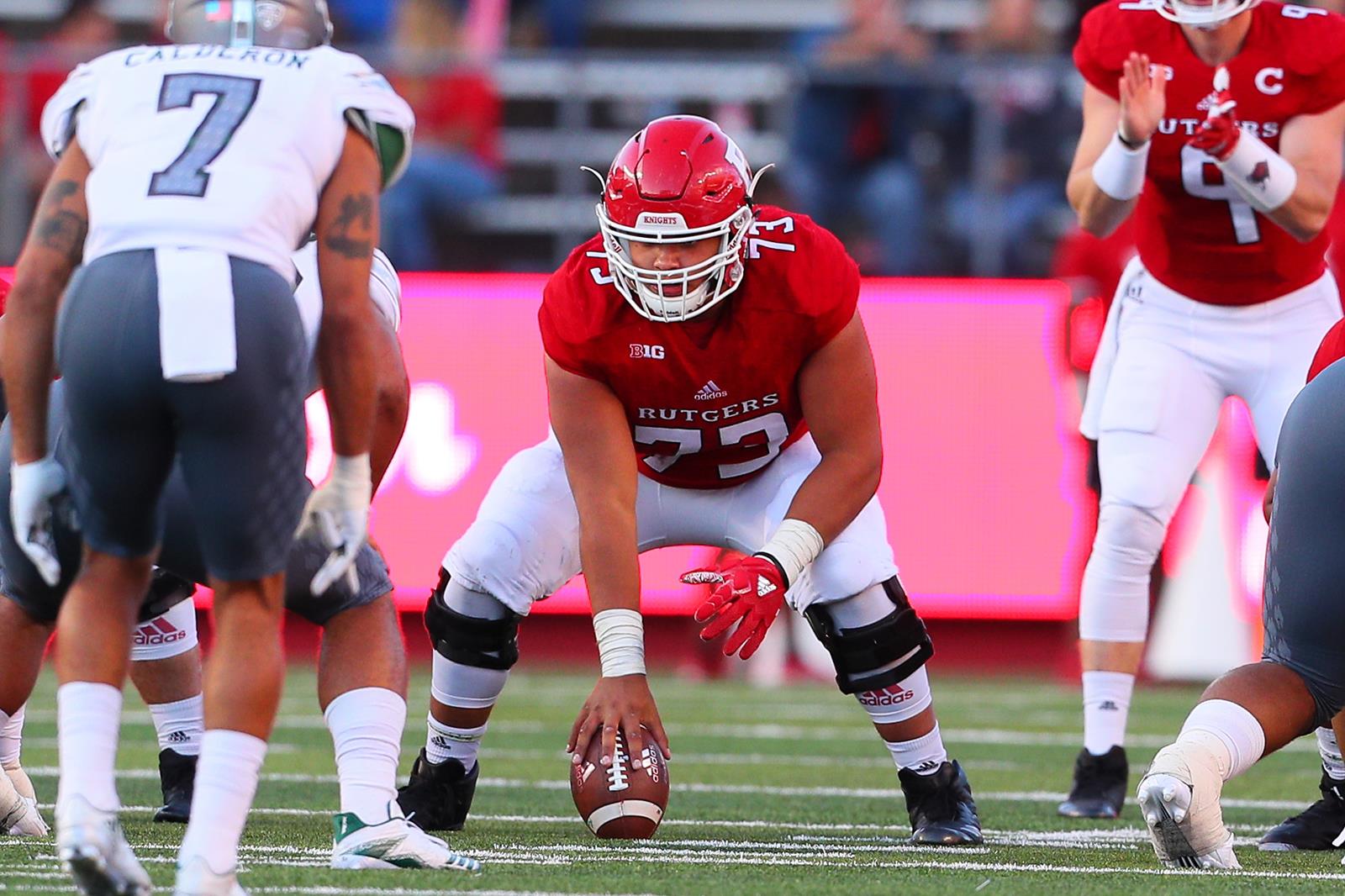 Before the Buckeyes considered Jonah Jackson as a graduate transfer from Rutgers, Ohio State saw firsthand how valuable and versatile the interior lineman was Sept. 8 when the Scarlet Knights came to Columbus early in the 2018 season.

When the need for an immediate-impact offensive lineman at center or guard opened up, Studrawa circled back to Jackson as Ohio State zeroed in once the offseason began and eventually landed the two-year starter and 2018 team captain from Rutgers.

“The fact that he was a really intelligent, tough football player — that was the first thing I liked about him,” Studrawa said. “And I watched him in our game block our guys last year, and he did a hell of a job. And I said, ‘Wow.’ He was interested in us and (we) reached out to him.

“Here’s an intelligent kid who’s really tough, academic All-Big Ten, honorable mention All-Big Ten as a player and to add a guy … after losing all that experience — to have a guy that now has three years of experience, coming in, it was a huge bonus.”

Jackson filled an enormous need of depth up front for the Buckeyes, who lost four starters from the 2018 campaign.

OSU only returned junior left tackle Thayer Munford (6-6, 310) as its full-year starter while sophomore right guard Wyatt Davis (6-4, 313) brought back two starts late in the fall, opening the door for the Jackson (6-4, 305) at left guard with sophomore Josh Myers (6-5, 310) settling into center.

“We always want to be at 16 (offensive linemen) and we were down going into January there,” said head coach Ryan Day. “So we added (Kahuku, Hawaii, four-star guard) Enokk (Vimahi) and (Indianapolis Ben Davis three-star tackle) Dawand (Jones), and then having Jonah as an older guy to fit right there — we lost Mike Jordan to the draft — that was kind of a hole inside.”

While the Buckeyes went with fifth-year senior Branden Bowen (6-7, 315) as the first-team offense’s left guard in the April 13 spring game, Jackson provides Day and Studrawa an experienced option.

“(Jackson) can do both — he can play guard and he can play center, which gives us a lot of flexibility there to put him in,” Day said. “So not really sure exactly coming in where we’re going to start him. Based on how things shake out this spring and who wins the positions inside, we’ll kind of go from there. We also have Harry Miller coming in from Atlanta, Georgia, and so all of those guys are going to be thrown into the mix in preseason.

“Those guys all mixed in with Thayer, that’s a whole ‘nother line. That’s five guys. So in the spring, we’re really working with two lines because we don’t have those five guys here, practicing in the spring. And it’s worn down a little bit on the O-line. And so we’re going to get those guys here this preseason. They can inject those bodies and they can compete for some spots.”

Like Miller, Jackson spent his spring months ahead of summer enrollment studying OSU’s practices over FaceTime video calls with Studrawa and the offensive linemen.

“Absolutely same thing with him, watching video, install,” Studrawa said. “He watches practices, we go over them. So again, when they get here, we can hit the ground running. It won’t be new for him.”

Those conversations culminated at the end of the spring when Jackson visited for the spring game, completing his degree in criminal justice before he starts the 2019 chapter at Ohio State.

“We’re all excited to see him come here and join the brotherhood,” Davis said. “We’ve heard some good things about him to this point. We know he’s a really good player and we’re excited to just get him adjusted to everything and get him going.”

Myers echoed those sentiments, eager to welcome Jackson as a Buckeye.

“He’s a great player,” Myers said. “Obviously, a leader, coming from Rutgers and being a captain. So that’s a huge plus. It’s just more depth. That’s always a help.”

Whether or not Jackson ultimately fills out Studrawa’s best five up front will be determined during fall camp, but at the least, he brings competition and depth where OSU needs it upon his arrival.

“Obviously, if you’re not here, you can’t compete,” Day said. “The guys that are here are competing. They’re putting snaps on film. So in the end, we’ll put it all together and figure it out.”