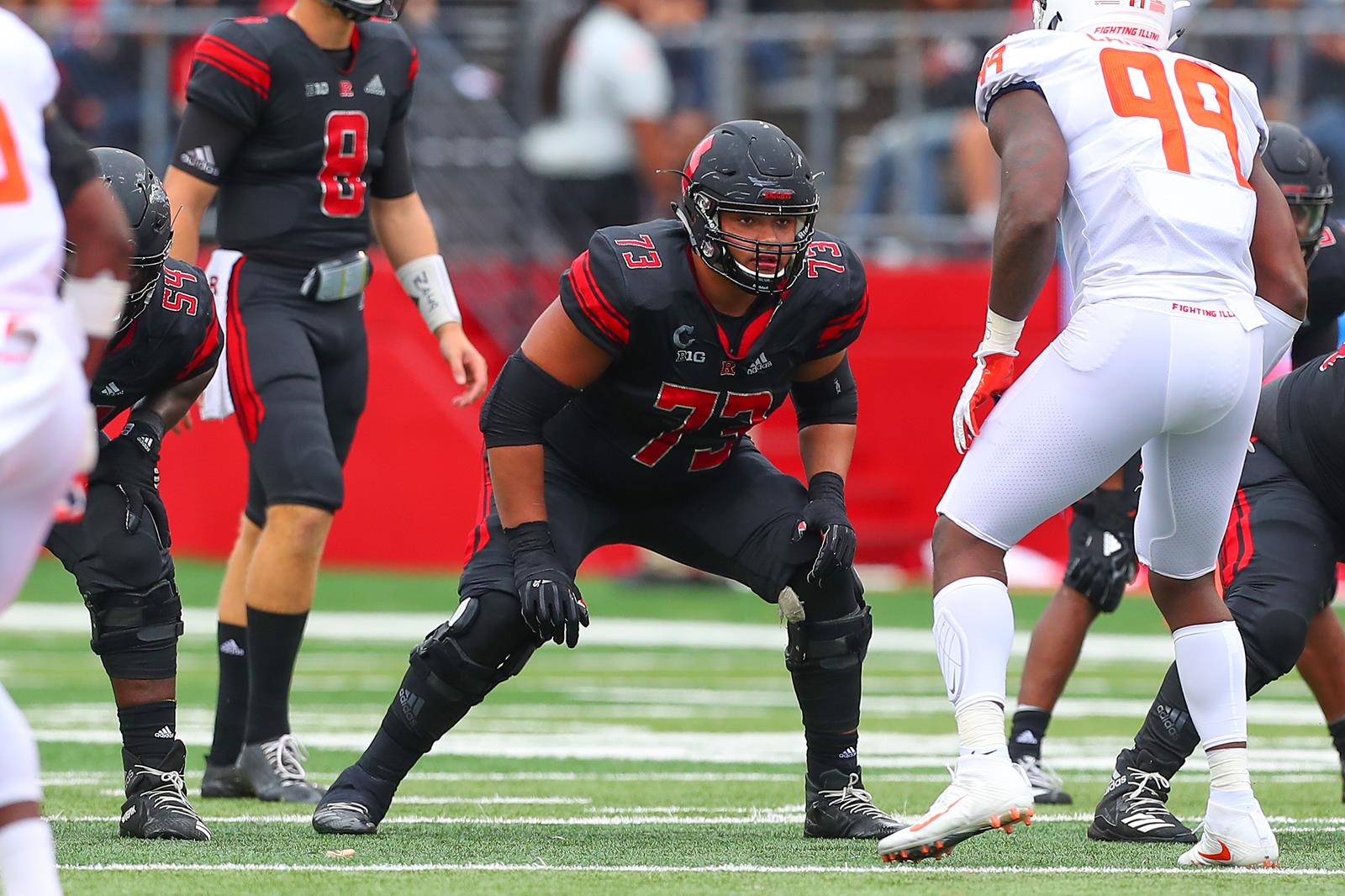 Ohio State’s search for depth on its offensive line has led the Buckeyes to the NCAA transfer portal.

Following four years at Rutgers, interior offensive lineman Jonah Jackson announced last Thursday his intent to leave the Scarlet Knights as he explores graduate-transfer options. According to Bobby Deren of 247Sports, Jackson’s suitors include OSU, which offered and has already set a visit for this week.

Iowa, Maryland, Oklahoma, Penn State, Pittsburgh, Texas and Virginia are the others in pursuit of Jackson. The 6-4, 305-pounder is one of the best offensive linemen available on the transfer market.

“I have no problem playing either (center or guard),” Jackson told Deren. “I feel comfortable at both. My first year starting, I played center and when I came to Rutgers, I was playing center. Even this last year, I was always snapping in practice with the quarterbacks and (offensive coordinator John) McNulty. When it came to game time, I played guard. I feel comfortable at both positions.”

A big reason for Jackson’s appeal is his versatility. A two-year starter, he won Rutgers’ vacancy at center as a sophomore in 2017 and started five games before surgery for an undisclosed injury led to an indefinite absence into November.

With two-deep concerns along the offensive line in 2018, the Scarlet Knights slid Jackson from center to right guard, where he started 11 games en route to his All-Big Ten honorable mention. Voted one of Rutgers’ six team captains as a junior, Jackson was an anchor in the trenches for a unit with shaky depth.

“I will bring leadership to the offensive line and to the team,” Jackson said. “I feel like I am a great person to have in the locker room. I get along with people well and I can relate to everybody. I feel like that is something I bring to the table.”

As a redshirt freshman in 2016, Jackson started out on the Scarlet Knights’ field goal protection unit across all 12 games and saw time at right guard. Originally recruited by former Rutgers head coach Kyle Flood (2012-15), who spent his past two seasons in the NFL with the Atlanta Falcons (2017-18) before he became Alabama’s offensive line coach Jan. 18, Jackson signed with the Scarlet Knights as a three-star offensive tackle from Media (Pa.) Penncrest and enrolled in July 2015.

While sophomore Josh Myers (6-5, 308) enters spring camp March 4 as Ohio State’s favorite for starting center, redshirt freshman Matthew Jones (6-4, 299) and Buford, Ga., five-star center signee Harry Miller (6-4, 310) are expected by offensive line coach Greg Studrawa to compete for Jordan’s vacancy throughout the summer and into fall camp. Davis figures as one of the Buckeyes’ two starters at guard while fifth-year senior Branden Bowen (6-7, 312) is the only other OSU offensive lineman with starting experience on the interior.