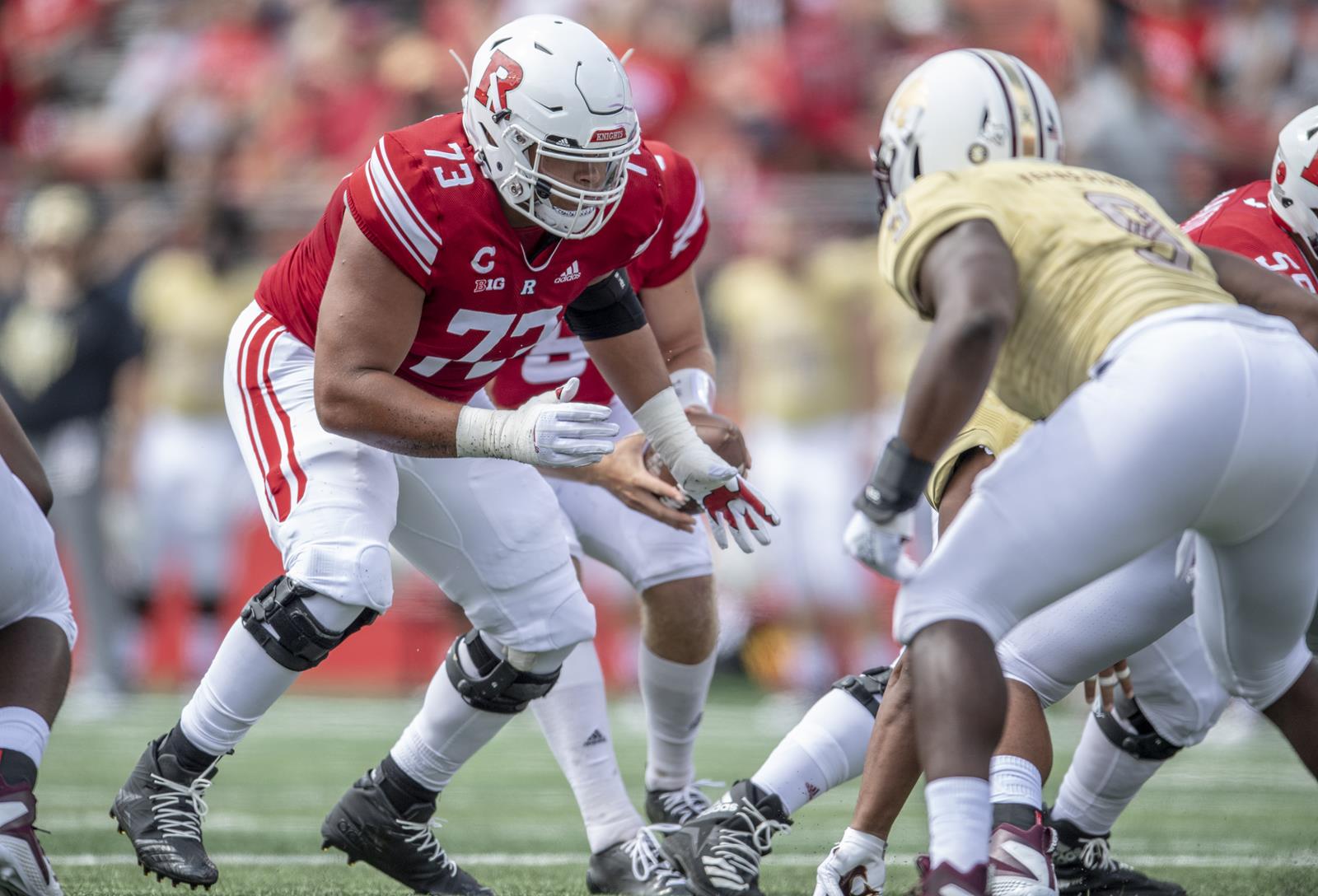 He first confirmed the move to Lettermen Row, which reported Jackson’s choice in favor of OSU over offers from Power Five programs elsewhere.

With two years of starting experience for the Scarlet Knights, where he was 1 of 6 team captains as a fourth-year junior in 2018, Jackson emerged as one of college football’s best available offensive linemen on the transfer market.

His career at Rutgers started in July 2015 as a 6-4, 285-pound three-star offensive tackle from Media (Pa.) Penncrest.

Jackson redshirted the 2015 season and climbed up the Knights’ depth chart in 2016, appearing in all 12 games on the field goal protection unit before winning the starting center job as a third-year sophomore the next year.

Jackson started five contests at center for Rutgers in 2017 before surgery for an undisclosed injury made for an indefinite absence through November.

He bounced back in 2018, sliding to right guard where the Knights needed him and Jackson stepped up, starting all 12 games and capping his campaign as an All-Big Ten honorable mention.

Junior left tackle Thayer Munford (6-6, 319) is the only full-year returner while sophomore Wyatt Davis (6-4, 313), who replaced the injured Knox at right guard with starts in the last two games, rounded out the Buckeyes’ experience.

Jackson, who is open to ceneter or guard, joins OSU for summer enrollment after he completes his spring semester at Rutgers.

In the meantime, Ohio State starts spring camp the week of March 4 with sophomore Josh Myers (6-5, 308) and redshirt freshman Matthew Jones (6-4, 299) competing for the starting center vacancy left by Jordan.