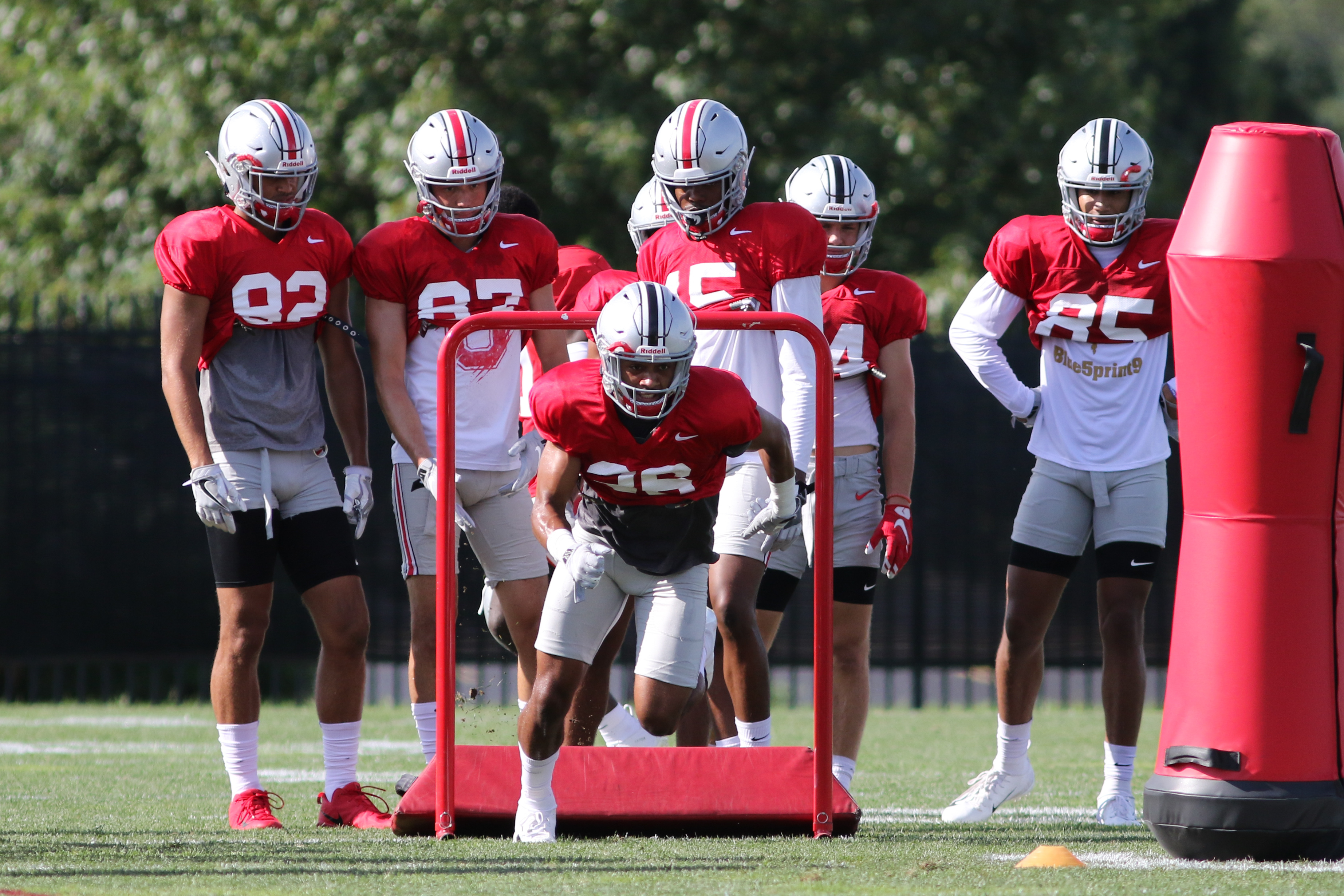 As he watched from the sidelines throughout majority of Ohio State’s 2018 season, Jaelen Gill counted down the days until his time to step up in the Buckeyes’ offense came.

When the scoreboard struck zero Jan. 1 in Pasadena, Calif., after OSU’s 28-23 win over Washington in the Rose Bowl to cap a 13-1 campaign, the countdown clock officially started for Gill with eyes on spring camp.

With winter workouts underway since Jan. 17, the next month gives Gill an opportunity to build for practices the week of March 4, where he hopes to start his climb up Ohio State’s depth chart.

“I’m definitely ready for that, to step up in that position,” Gill told BSB. “I’ve just got to keep getting bigger and stronger, and just understand the offense a lot more. If I can do that, I’ll definitely be fine.”

From the moment he announced his March 1, 2017, commitment, the four-star recruit out of Westerville (Ohio) South was destined for an important role with the Buckeyes.

As the 247Sports composite’s No. 30 overall prospect, No. 2 all-purpose back and No. 2 player in Ohio for the 2018 class, Gill gave OSU an explosive playmaker but had to wait his turn after he enrolled June 4.

Buried behind Parris Campbell, K.J. Hill and C.J. Saunders on Ohio State’s two-deep, Gill embraced his redshirt year as he learned from the veterans and position coach Brian Hartline in the room.

“This season’s actually been very big for me,” the 6-0, 185-pound Gill said. “I got to learn from legends here, actually — Terry (McLaurin), Parris, Johnnie (Dixon) — I got to learn from them and it definitely helped me a lot, so I’m excited for this upcoming season.

“It’s definitely different because I had a whole bunch of different coaches in high school, so to actually be coached hard this year — (Hartline) just helps me be prepared before practice, whether it’s practice on the field or (off the field). It’s definitely helpful.”

While the Buckeyes shed Campbell, Dixon and McLaurin, talented wideouts step up across the board.

With an open running back spot following Mike Weber and Brian Snead departing — Weber for the NFL draft and Snead for a mutual parting — Demario McCall might move back after he spent most of his 2018 campaign at H-back.

The domino effect leads to OSU’s vacancy at H-back with Gill ready to compete.

“I can bring the speed, explosiveness and just everything I have,” Gill said. “A lot of hard work and plays, and just big plays.”