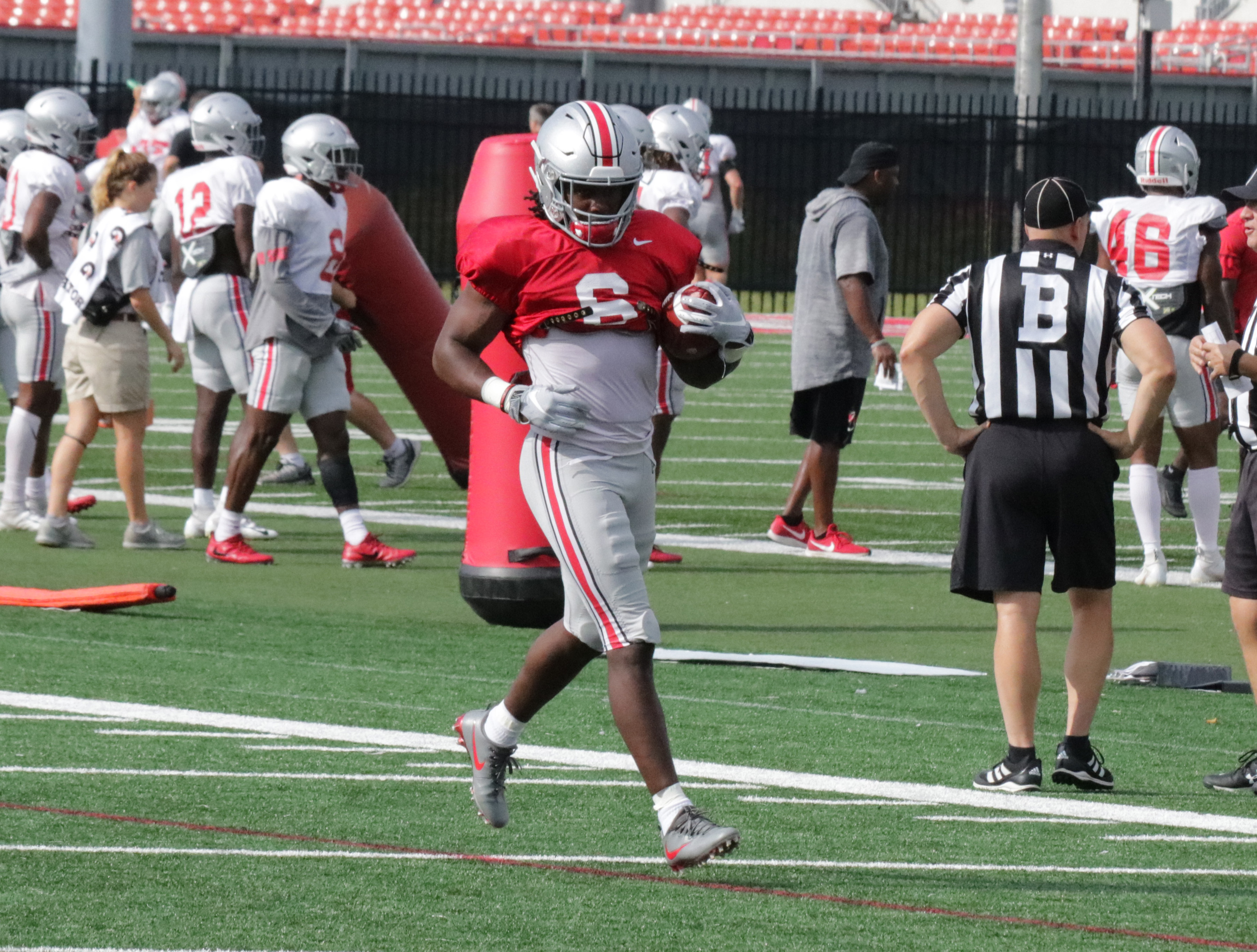 Running back Brian Snead is no longer part of the Ohio State football program, the school confirmed Friday when he was not included on the team’s spring roster for the beginning of winter workouts.

Snead confirmed his departure on Twitter Friday afternoon as well.

Snead (5-11, 211) arrived in Columbus as a four-star prospect out of Seffner (Fla.) Armwood ahead of the 2018 season. He impressed in fall camp and appeared to be the No. 3 behind J.K. Dobbins and Mike Weber early in the year. After rushing seven times for 25 yards and a score in the season opener against Oregon State, Snead added four carries for 12 yards in a week two win over Rutgers.

When the Buckeyes traveled to Arlington, Texas, the following week, though, Snead didn’t make the trip for a disciplinary reason, and he didn’t appear on the sidelines with Ohio State for the rest of the season – although he did continue to practice throughout the year.

With Snead out of the picture, Ohio State is down to just two scholarship running backs with collegiate experience – Dobbins and Master Teague, who was also a freshman in 2018. The Buckeyes also have Demario McCall, a former running back who spent most of last season as an H-back. Ohio State signed a pair of running backs – four-star Steele Chambers and three-star Marcus Crowley – during the early signing period in December.