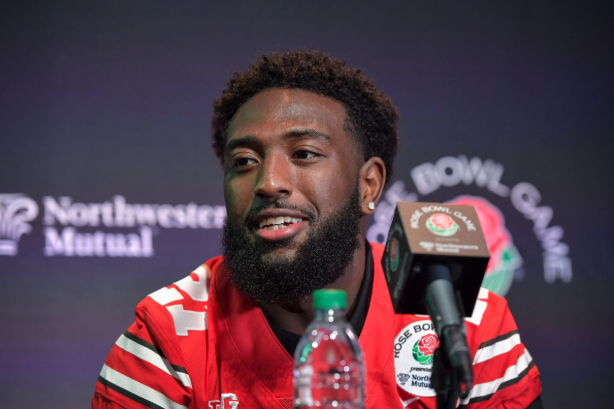 When the NFL scouting combine continued Saturday at Lucas Oil Stadium in Indianapolis, former Ohio State wide receivers put on a show ahead of the April 25-27 NFL draft.

Among the group, a trio of Buckeyes — Parris Campbell, Johnnie Dixon and Terry McLaurin — started fast and finished strong.

OSU’s three products performed atop the position in the 40-yard dash and spilled the momentum into drills, pacing a versatile group.

He carried his athleticism into the 40-yard dash, unofficially clocking tries of 4.32 seconds and 4.37 seconds before the NFL announced a 4.31-second official time.

Aside from Campbell, Isabella and McLaurin in the top five, Georgia’s Mecole Hardman and D.K. Metcalf of Ole Miss tied for third at 4.33 seconds.

Campbell and Dixon participated in the first group of wide receivers, while McLaurin was among those in the second stint. Campbell, Dixon and McLaurin performed across an abundance of route-running drills embedded below.