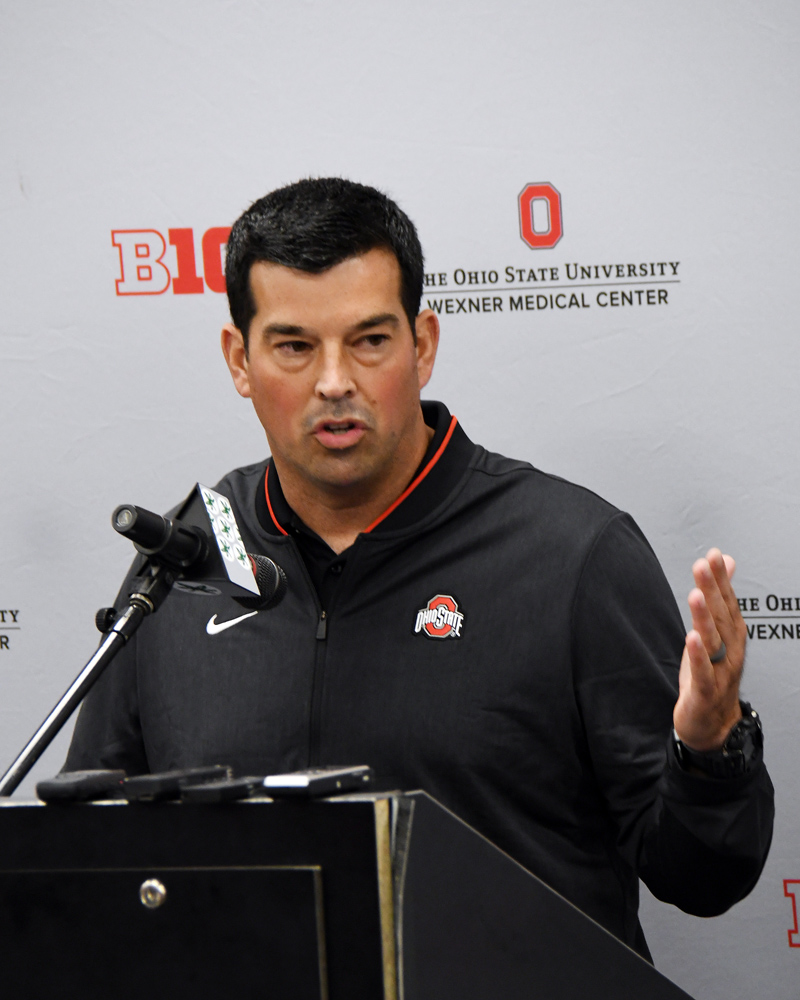 In a major shift to the makeup of his staff, Ohio State football coach Ryan Day hired Jeff Hafley and Greg Mattison as co-defensive coordinators, the school announced Monday.

Hafley joins Ohio State after spending the past seven season coaching in the NFL, most recently as the defensive backs coach in San Francisco (2016-18). He also had previous pro stops with Tampa Bay and Cleveland in addition to collegiate coaching stops at Worcester Polytechnic, Albany, Pittsburgh and Rutgers.

The duo joins defensive line coach Larry Johnson on Day’s defensive staff, while Johnson was also promoted to associate head coach. Hafley is set to coach the defensive secondary in addition to his coordinator duties while Mattison’s position-specific role will be announced a later date.

Ohio State cornerbacks coach Taver Johnson and linebackers coach Billy Davis have not been officially retained on Day’s staff as of Monday.

Keeping Larry Johnson was key for Ohio State, and Day was excited to have him on board.

“Larry’s experience at Ohio State will allow him to have a major role in the guidance and direction of this program,” Day said in a press release. “His promotion to associate head coach is well earned. Larry is a wonderful teacher and mentor, and his players always become a part of his family. I am thrilled that he will continue to be a party of this program.”

Hafley and Day worked together in San Francisco in 2016 when Day was the quarterbacks coach. Day previously worked with Mattison at Florida, and he is a longtime coach at Ohio State’s top rival – bringing plenty of Big Ten and NFL experience with him.

“I love the idea of having two coordinators on defense,” Day said. “I like having a diversity of opinion, but even more I like the expertise and experience that Jeff has in the secondary coupled with the expertise that Greg brings to the front even.

“Jeff is a rising star and highly regarded as one of the best secondary coaches in the country. His NFL knowledge coaching the secondary is only going to enhance and improve what has become a marquee area for the Buckeyes. Greg is a terrific coach. His experience as a coordinator and his knowledge of the Big ten is extremely important to me.

“These are two outstanding coaches and they will provide stability, wisdom and a fundamental approach to everything they teach. They will add to our culture while proving to be excellent coaches and mentors for the young men in our program.”

With the hires, neither coordinator from last season – Greg Schiano and Alex Grinch – will return to Ohio State. Grinch is reportedly moving to Oklahoma to be the Sooners’ defensive coordinator.