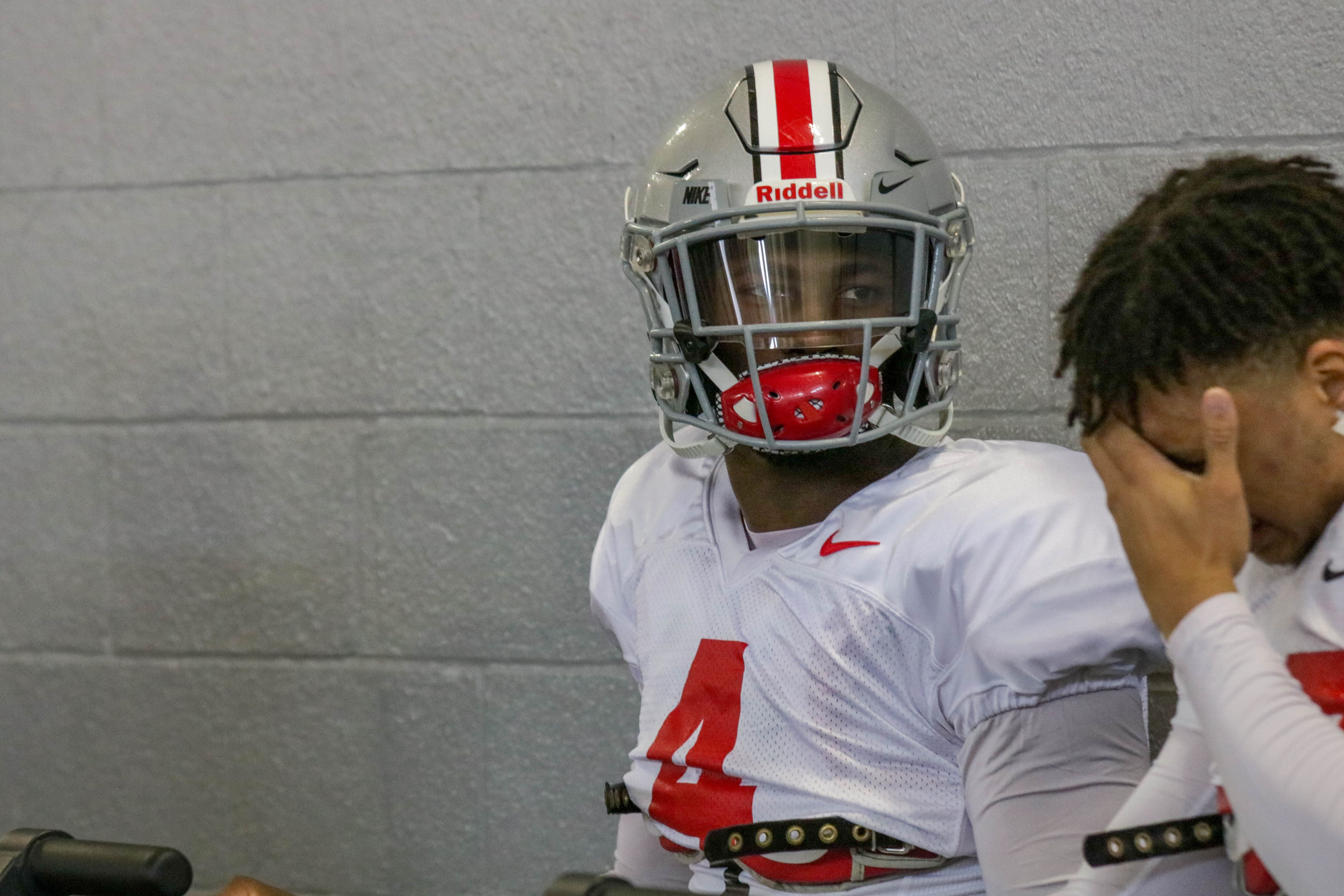 Jordan Fuller felt helpless at times as Ohio State went through spring camp without him, but he did everything in his power to help lead the secondary.

The senior safety sat out the spring as he recovered from his lower-extremity issue, aiding juniors Isaiah Pryor and Jahsen Wint along with sophomores Shaun Wade and Josh Proctor while the Buckeyes’ defensive backfield developed.

Two months since he completed his fourth and final spring semester in Columbus, Fuller said Friday at OSU’s job fair that his health was around 92 percent with the expectation he will be cleared by the start of fall camp.

“I’m basically doing everything, but just at a lower capacity right now, I guess,” Fuller said. “But the stuff I don’t do (in summer workouts), I’m making it up. I have rehab every day.”

The 6-2, 205-pounder’s presence at safety is significant on and off the field.

After he led the defense as a junior captain with 81 tackles (2 1/2 for losses), four pass breakups, an interception and two fumble recoveries across 13 games in 2018, Fuller put off the NFL draft and returned for his 2019 season with unfinished business.

Fuller, who is a marketing major in Ohio State’s Fisher College of Business, wanted to complete his undergraduate degree as he leads the Buckeyes through a transitional year under first-year head coach Ryan Day and the new defensive staff.

“It was definitely tough, sitting out the spring, not being able to have that presence on the field and stuff like that,” Fuller said. “But definitely now, as I’m getting integrated and everything, I’ve definitely been more vocal, trying to be more vocal and everything. I was a little vocal last year (as a captain), but definitely working on that has been my main thing.

“I love football and I love competing. I love being out there with my DBs and stuff, just being hyped, having fun. Just to miss out on that (in spring camp) was tough. But I try to stay a part of it as much as I can. It wasn’t like I was totally removed, so I was in meetings and all that kind of stuff.”

Proctor (6-2, 205) has particularly taken the next step, Fuller said, echoing the sentiments of Day and other coaches late in the spring.

“Just a sense of maturity,” Fuller said of Proctor. “He’s definitely grown up, grown up a lot. Just his approach to everything is different. You can see it in his eyes, see it in his demeanor and everything. So yeah, that’s Josh. He’s that talented guy. I always saw it. So I wasn’t, like, surprised or anything like that this spring. It’s always been there. I would just say his demeanor and the way he approaches everything is different.”

As the clock counts down to Big Ten media days July 18-19 in Chicago, where Fuller will likely be an option among the players made available, fall camp is right around the corner for Ohio State.

While the Buckeyes filled the gap of Fuller during spring camp with Pryor mostly in his place at free safety on the depth chart, they look to get their leader back involved as the preseason approaches.

When he does return, the last ride begins.