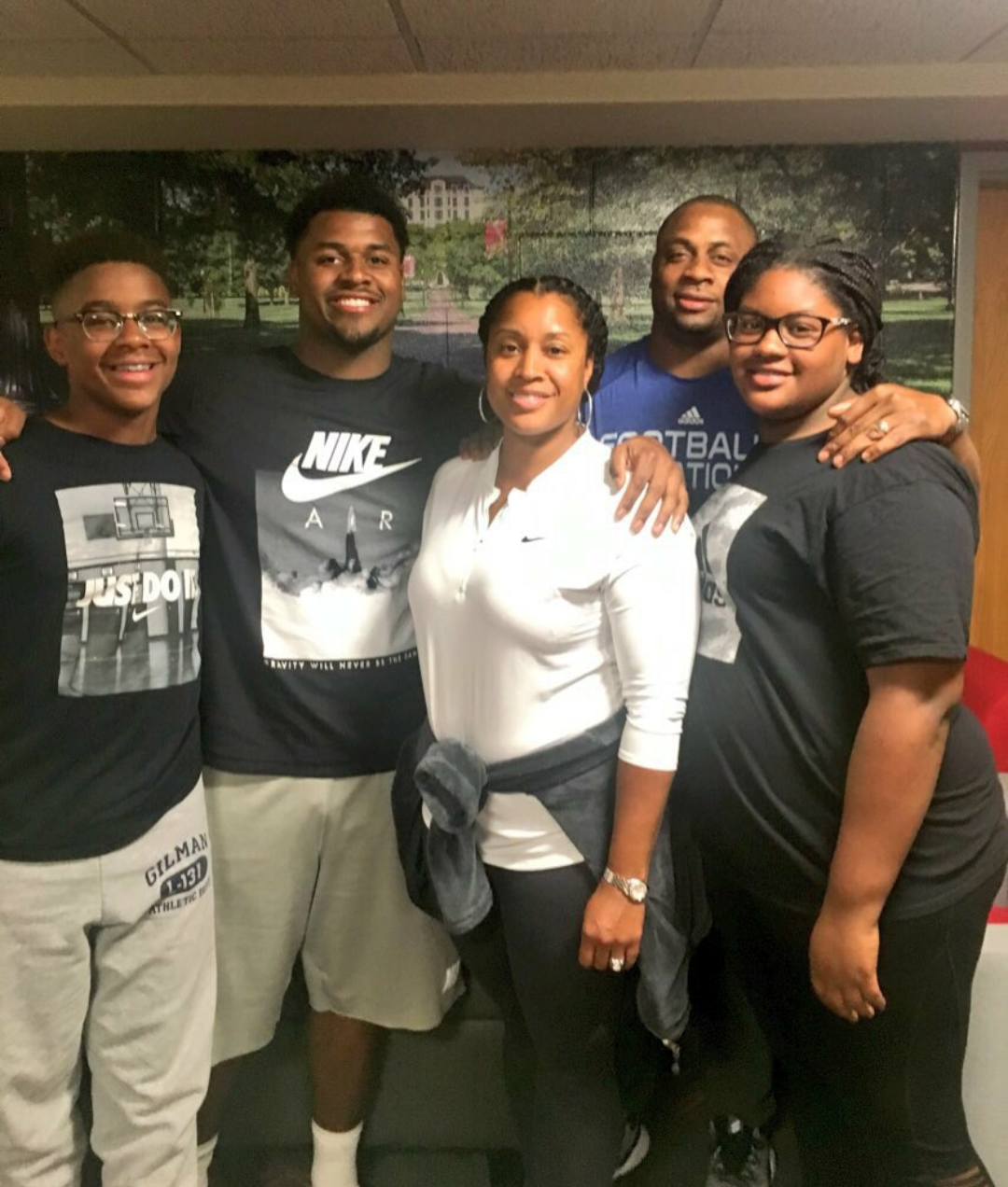 With protests over the death of George Floyd gripping the nation, NFL executive vice president Troy Vincent took to Twitter on Wednesday evening to share a recent discussion he had with his son, Ohio State sophomore defensive tackle Taron Vincent, regarding potential interactions with the police.

Titled “The Talk,” the elder Vincent — a former first-round pick out of Wisconsin who was named a team captain in 13 of his 15 seasons in the NFL — outlined the fear he faces as a parent of a 19-year-old black man, particularly as his son departed the family home in Northern Virginia for a return trip to Columbus, where the Buckeyes are set to reopen their facilities next week.

“Before he left, my normal routine of getting his car ready began with checking every headlight and tail light and making sure the brake lights were working properly,” Vincent wrote. “I located his insurance card and registration, and double checked that had his drivers license.

“My son is a 6-foot-3, 295-pound young black man with one of the most joyous smiles you’ll ever see. Like many college-age young adults, his car was peppered with gum wrappers, sandwich bags, water bottles, you name it. I removed all of it. An otherwise innocent act, I discarded all of the trash to lessen any chance that if he were stopped by a police officer on his journey, there would be no suspicion about the contents that previously occupied those wrappers. When I finished cleaning his car, his mother, Tommi, and I gave him the talk.

“‘If you get stopped by a police officer: No sudden movements. Turn your music off.  Don’t wear a hoodie on the road. Keep your license and registration readily accessible. Tell the officer what you’re doing before you do it. Keep your voice calm. Respond with ‘Yes, sir’ or ‘No, sir.’ And above all, keep your hands on the steering wheel in plain sight.’

“The talk is something too many black families know and have passed on for generations. I  imagine that George Floyd received a version of the talk from his mom, the same mom that he called out for as he was dying.

“My wife and I agonized for six hours, from the time Taron left our driveway until he arrived safely in Columbus to reunite with his football teammates at The Ohio State University. The anxiety we feel when our children leave home isn’t new, but it has absolutely increased in recent weeks and months.”

The younger Vincent, a former five-star prospect who missed all of last season with a torn labrum but figures to play an important role along the Buckeyes’ defensive line this fall, recently pleaded for racial equality on his own social media accounts.

Saunders was then among the many student-athletes who were involved in a nine-minute kneel just outside the north end of Ohio Stadium on Tuesday.

“As our nation processes the death of George Floyd, one thing that I hope we can all agree on: He should still be alive,” Troy Vincent continued. “His story, like so many others ⁠⁠— Ahmaud Arbery, Breonna Taylor, Tamir Rice, Aiyana Stanley Jones  ⁠⁠— deserves more honor than to end in a hashtag that is circulated until the next viral, senseless death is upon us. Enough is enough.