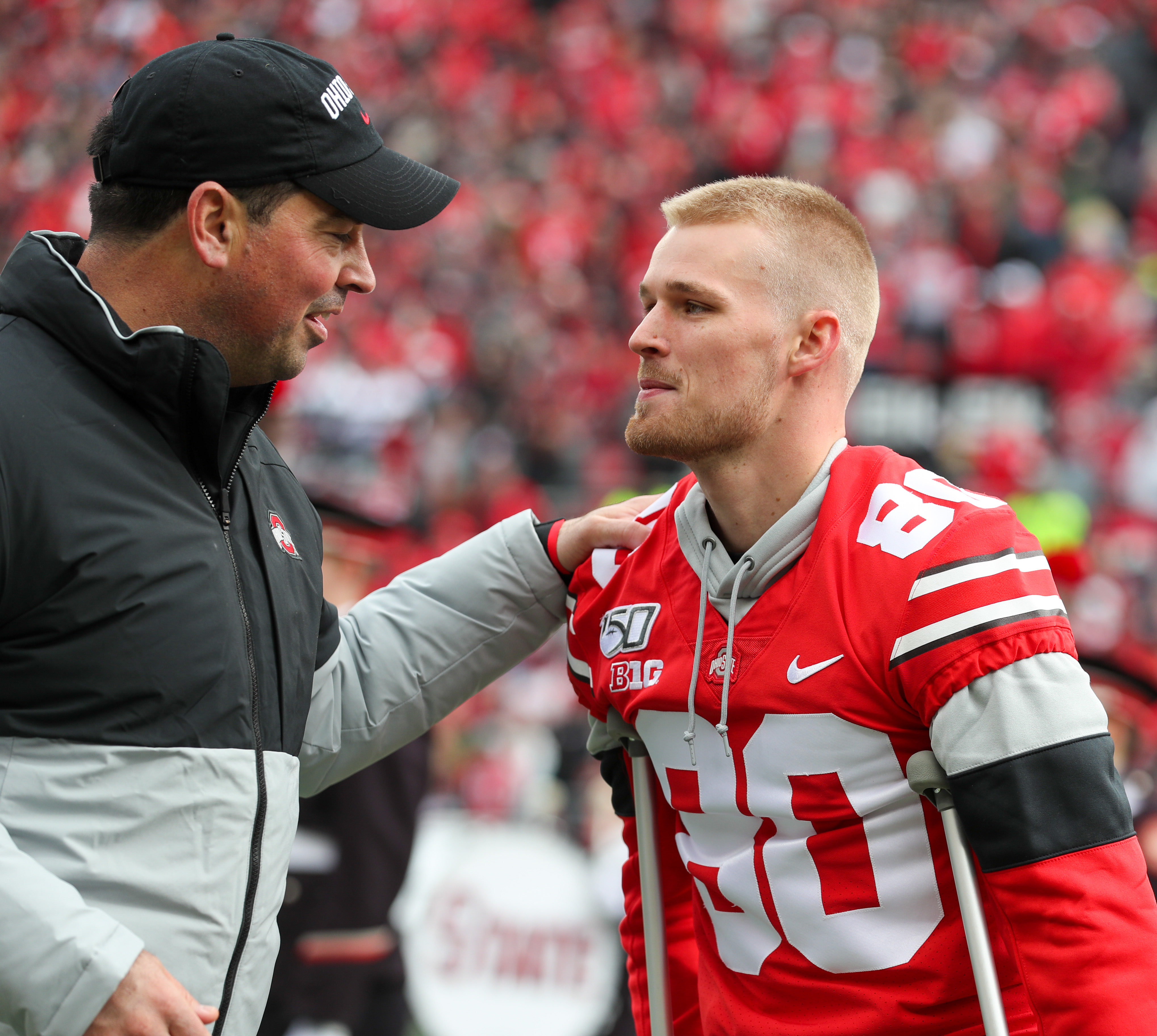 Ohio State wide receiver C.J. Saunders was arrested on Monday night for a violation of Columbus’ curfew, according to a report from Dan Hope of Eleven Warriors. Saunders posted bond on Tuesday morning and will be “arraigned on a misdemeanor charge of violating curfew” on Thursday morning.

Saunders was arrested at roughly 10:45 p.m. while walking from North High Street on West Northwood Avenue, violating the 10 p.m. to 6 a.m. curfew announced on Saturday as a response to protests in the city following the killing of George Floyd. The arrest came just minutes after police used pepper spray to clear protesters out of the area, per a report from The Lantern.

“When the group reached the intersection at Lane Avenue, police moved in from behind,” The Lantern reported. “Officers walked alongside police cruisers and entered the crowd and used pepper spray to break up the demonstration, which sent people running north on High Street and in both directions on Lane Avenue.”

Saunders’ arrest report does not specify whether or not he was a part of those protests. Saunders was featured in a video posted by Ohio State’s official football Twitter account on Monday that expressed support of the Black Lives Matter movement that has spearheaded several protests across the nation.

“Don’t ignore George Floyd,” the video states. “His senseless killing at the hands of law enforcement has shaken this nation at its core. His death, along with countless others, has once again brought these injustices to the forefront of our society. For far too long, Black Americans have suffered under systems of racism and oppression. This time, it’s different. This time we’ve had enough.

Saunders was a team captain for Ohio State in 2019, and is currently seeking a sixth-year of eligibility from the NCAA.