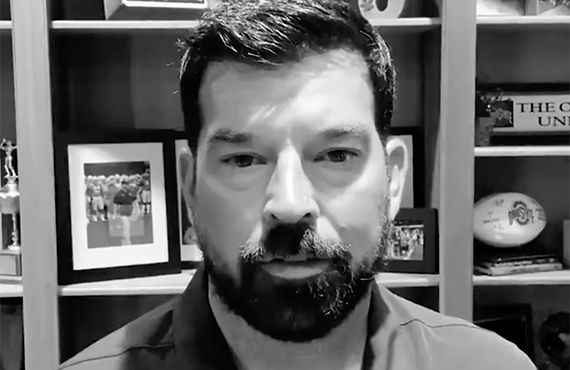 Amid the nationwide protests over the killing of George Floyd by Minneapolis police, the Ohio State football program released a video late Monday night urging fans to fight racism.

“Don’t ignore George Floyd. His senseless killing at the hands of law enforcement has shaken this nation at its core. His death, along with countless others, has once again brought these injustices to the forefront of our society. For far too long, Black Americans have suffered under systems of racism and oppression. This time, it’s different. This time we’ve had enough.