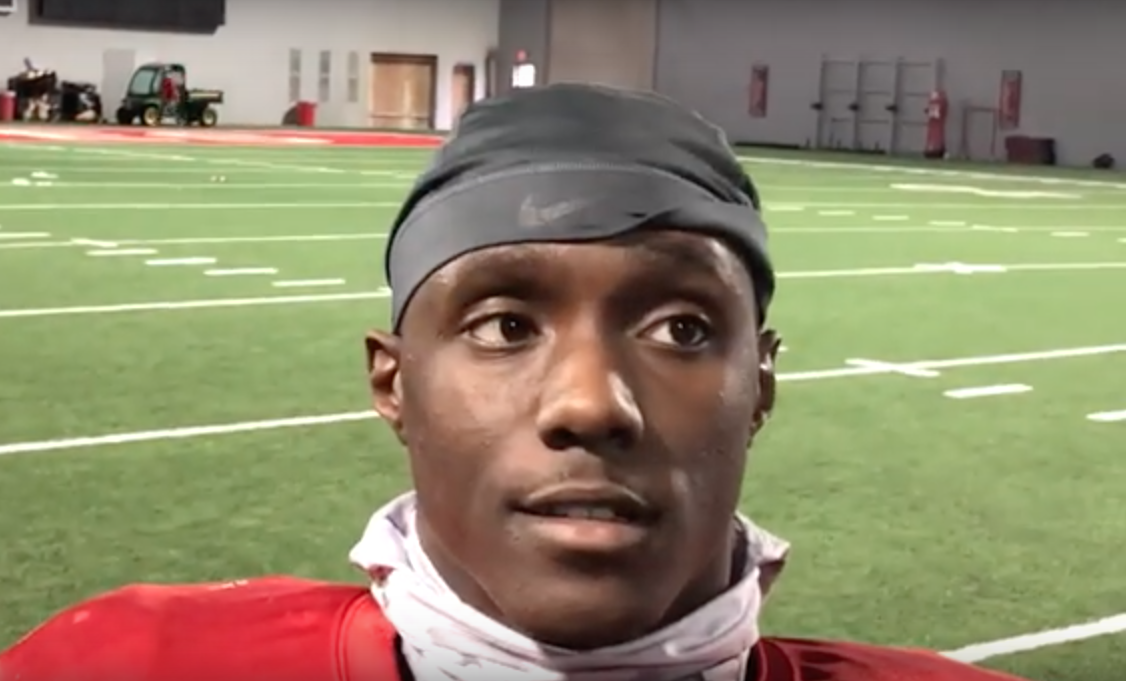 After three seasons of back-and-forth movement from running back to H-back, Demario McCall is back where he belongs before his fourth-year junior campaign.

“It feels good because coming in — I played tailback since I was 5 years old, every single year,” McCall said March 21. “I never played receiver (until) I got here. But just being at tailback, I feel like it’s my home position.”

The former four-star signee in Ohio State’s 2016 recruiting class came from North Ridgeville to Columbus with high expectations as the 247Sports composite’s No. 44 overall prospect, No. 2 all-purpose back and No. 3 player out of Ohio. But from nagging injuries to flooding talents, McCall never seemed to fully breakthrough and become a key contributor in the Buckeyes’ offense.

Is the time now for McCall? Everyone at OSU seems to think so after he made his move back to running back after a 2018 season spent with the H-backs, where McCall molded his all-around versatility as he developed “mismatch nightmare” potential in the eyes of fifth-year running backs coach Tony Alford.

“He brings the knowledge of offense, one — he can be a matchup nightmare,” Alford said March 21 after Ohio State’s fourth practice of spring camp at the Woody Hayes Athletic Center. “Here’s a guy who’s adept at running routes … truly understands the concepts (of the offense) from the receiver position (and) obviously understands it from the running back perspective as well. He had to gain some weight, which he’s done and doing, but he can be a matchup nightmare. All of a sudden, you put him in the backfield and shift him out into some empty sets, things of that nature. You make the linebackers go out there and cover him — that’s a matchup problem, so we’d like to think.”

McCall (5-9, 195) put on two pounds of muscle since the 2018 campaign concluded Jan. 1 with the Buckeyes’ 28-23 win over Washington in the Rose Bowl, where he capped his late-fall surge in the form of two carries for 12 yards.

As he continues to gain weight and reach the 200-pound plateau, McCall carves out his versatility after a year spent with Brian Hartline and Keenan Bailey in the wide receivers room.

“It helped my game a lot, not just as a tailback, but as a receiver — ball skills, catching, route running — thanks to Coach Hart and Coach Kee,” McCall said. “It’s helped my game become a better athlete.”

“It’s really not a new offense,” Wilson said March 29. “It’s just getting the best guys on the field. Demario McCall has a slight pulled muscle, but you do have Demario McCall with two tailbacks and now he’s a receiver because he has the skill set. So it’s really kind of cool. That’s the fun part with spring — we’re having fun.”

Limited in spring camp as a precautionary measure, McCall has been back and forth between on-field reps and off-field rehab from a nagging calf injury.

While the result has led to more snaps for redshirt freshman Master Teague (5-11, 220) and freshman Marcus Crowley (6-1, 205) on the first- and second-team units with redshirt freshman Xavier Johnson (6-2, 212) converted from wide receiver and cornerback to an emergency tailback, McCall is confident in his chances as he eyes split reps beside junior J.K. Dobbins (5-10, 217).

“One thing we do is we’ll just compete,” said McCall, who added that he envisions his 2019 role to be on special teams as a returner for kickoff and punts as well as slot receiver in the offense. “We’re at Ohio State. You don’t have a choice but to compete. We’ve got the best of the best. So whatever happens happens.”

In year four, McCall oozes confident but stays humble. Not mincing words, McCall was honest in assessing where he fits after waiting his turn from 2016-18.

“I don’t go by that — I feel like if it’s time, it’s time,” McCall said. “I know some stuff takes time, but then again, some stuff you’ve got to go get.

“To be honest, I feel like every opportunity I had, I took advantage of it. That’s all I can do — once I do get the opportunity to do it, just showing what I got and I feel like I did.”

When the Buckeyes break for the summer after Saturday’s spring game at noon inside Ohio Stadium, McCall’s status is unclear as he recovers from his tweaked calf. But if he gets his clearance, McCall is sure to make the most of his latest chance after he starred in the 2018 scrimmage with 11 receptions for 165 yards — including a pair of touchdowns on passes of 50 and 42 yards.

“There’s a thing where you say, ‘Be patient, be patient,’ and, ‘Wait your turn.’ Why?” Alford said. “As far as playing goes, there’s a lot of times, in a zone scheme, we have to have some patience about some things vs. just go like a racehorse. Those are learned traits, those are learned behaviors and he’s really done a nice job.

“But Demario’s a highly skilled player. We’ve always known that. It’s just kind of in between, ‘OK, what’s he really, really elite at vs. really good at?’ We’re kind of trying to hone that in and there’s a valuable place for him in our offense and what we’re doing. The energy he brings every day is amazing.”