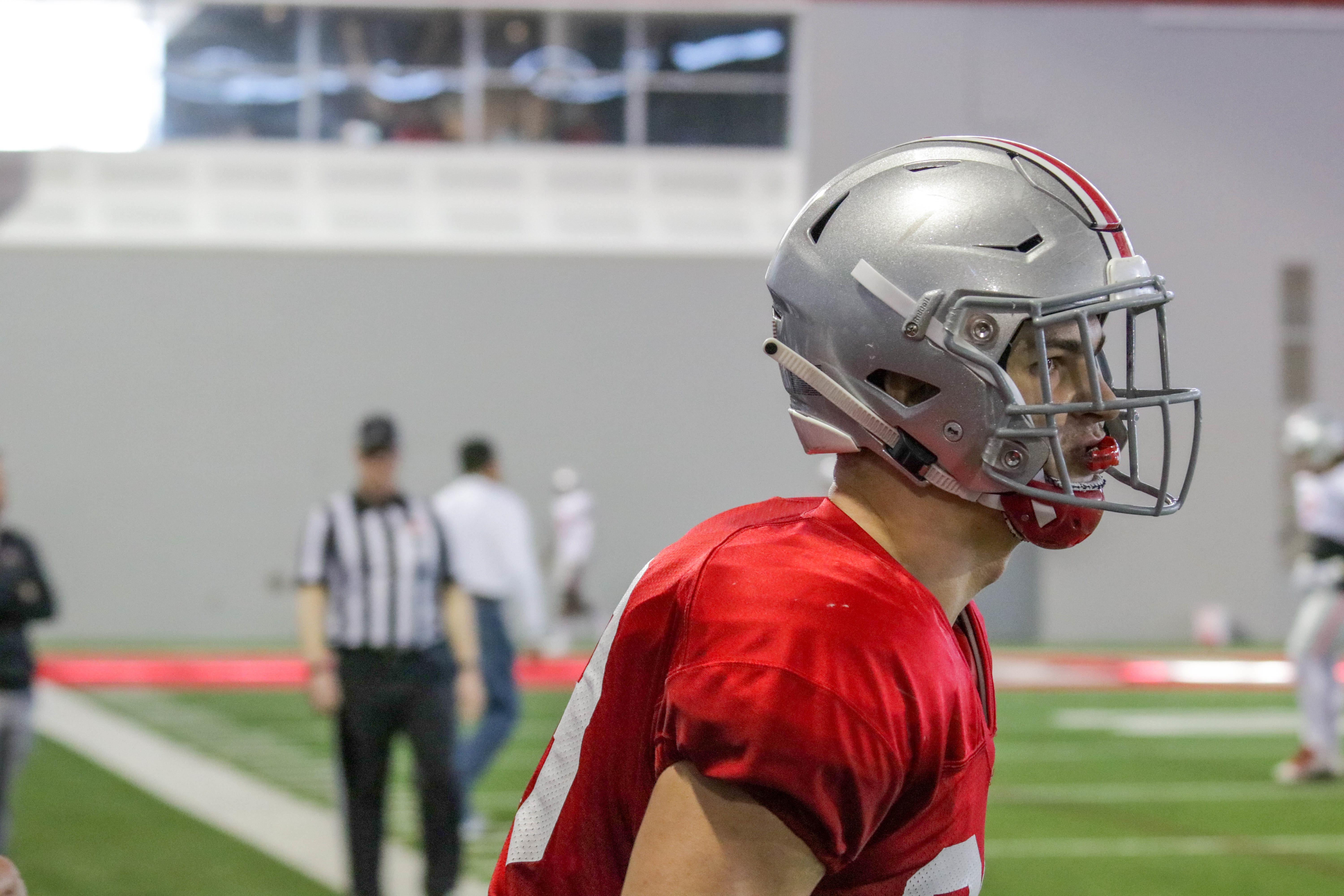 After a “big learning experience” as a freshman, Jeremy Ruckert returned to the field March 6 for his first spring camp at Ohio State with new opportunities on the table in the Buckeyes’ offense.

Before he signed his letter of intent with the Buckeyes’ 2018 class as a four-star recruit — the 247Sports composite’s No. 37 overall prospect, No. 2 tight end and No. 1 player in New York — from Lindenhurst, Ruckert starred at receiver.

He took time to adjust across OSU’s 2018 season — his first ever at tight end — with one reception for 13 yards in 10 games.

With the experience, though, things have since slowed down.

“I think last year was huge for me, getting my feet wet in between the tackles and I’m getting my head in there,” Ruckert said. “So I think it was really good for me, but … I used to play all receiver in high school. My first day playing at tight end was last summer camp. So it was a really good transition last year, seeing what the team did, playing in games — every game was just like seeing what it takes to be on the field. And now being able to use my skillset with the rest of the tight ends, we’re an old group all coming back, so we’re able to be on the field a lot more.”

Ruckert (6-5, 250) added 10 pounds of muscle to his physical frame, but the biggest jump he made came elsewhere.

“He’s stronger, but he’s more confident,” Wilson said of Ruckert. “So he’s running off the ball because he’s a good athlete. So as he runs, he gains force and power — power is blocking, power is movement — so he’s stronger, but he’s more confident. And because he’s a good athlete, he can be a good blocker because he has natural speed. But it’s getting him comfortable to understand how to play with leverage and he’s becoming a consistent blocker.”

Ruckert possesses a blend of size and speed Ohio State’s offensive staff has taken extra measures to showcase on the field.

With complementary skillsets from junior Luke Farrell (6-6, 250) as a blocker and senior Rashod Berry (6-4, 259) as an athlete, the Buckeyes have been able to move Ruckert around accordingly.

Day, Wilson and OSU’s coaches want the offense’s best 11 players on the field — and Ruckert can be one of them after the strides he made in his freshman season.

“It’s not like we’re trying to have more tight ends because the receiver position is not going to be strong — the receiver position’s going to be strong,” Wilson said. “It’s just our tight end position is getting stronger that they can get on the field more. And every job they’re doing as the second tight end, they already do it as the first tight end. So it’s really not a new offense. It’s just getting the best guys on the field.”