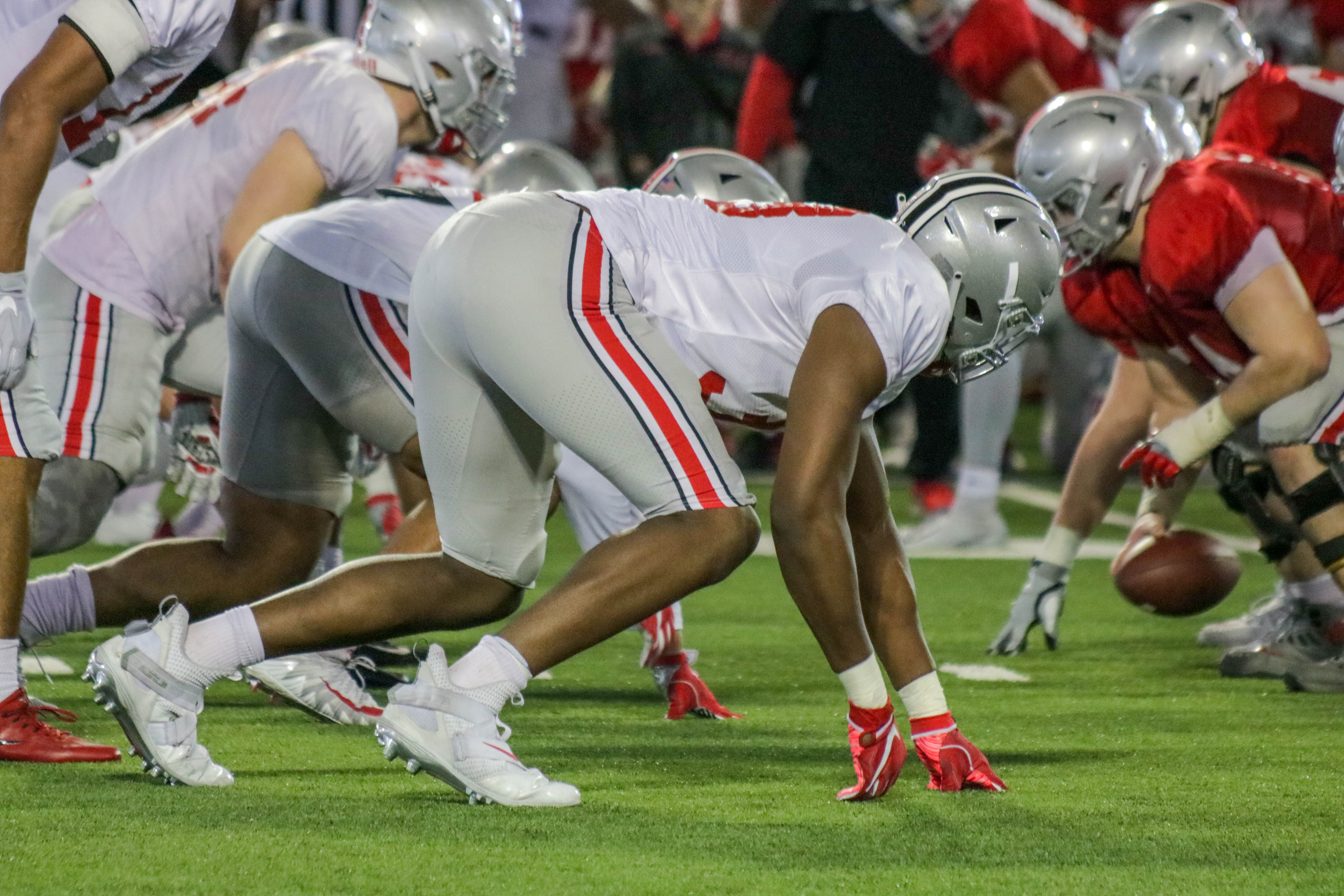 Ohio State’s fourth week of spring camp concluded Friday at the Woody Hayes Athletic Center with the team’s 11th practice from 8:30 a.m. to 10:20 a.m. on the indoor field. Observations from the latest day of drills, which included a scrimmage at the end of the practice, are listed below.