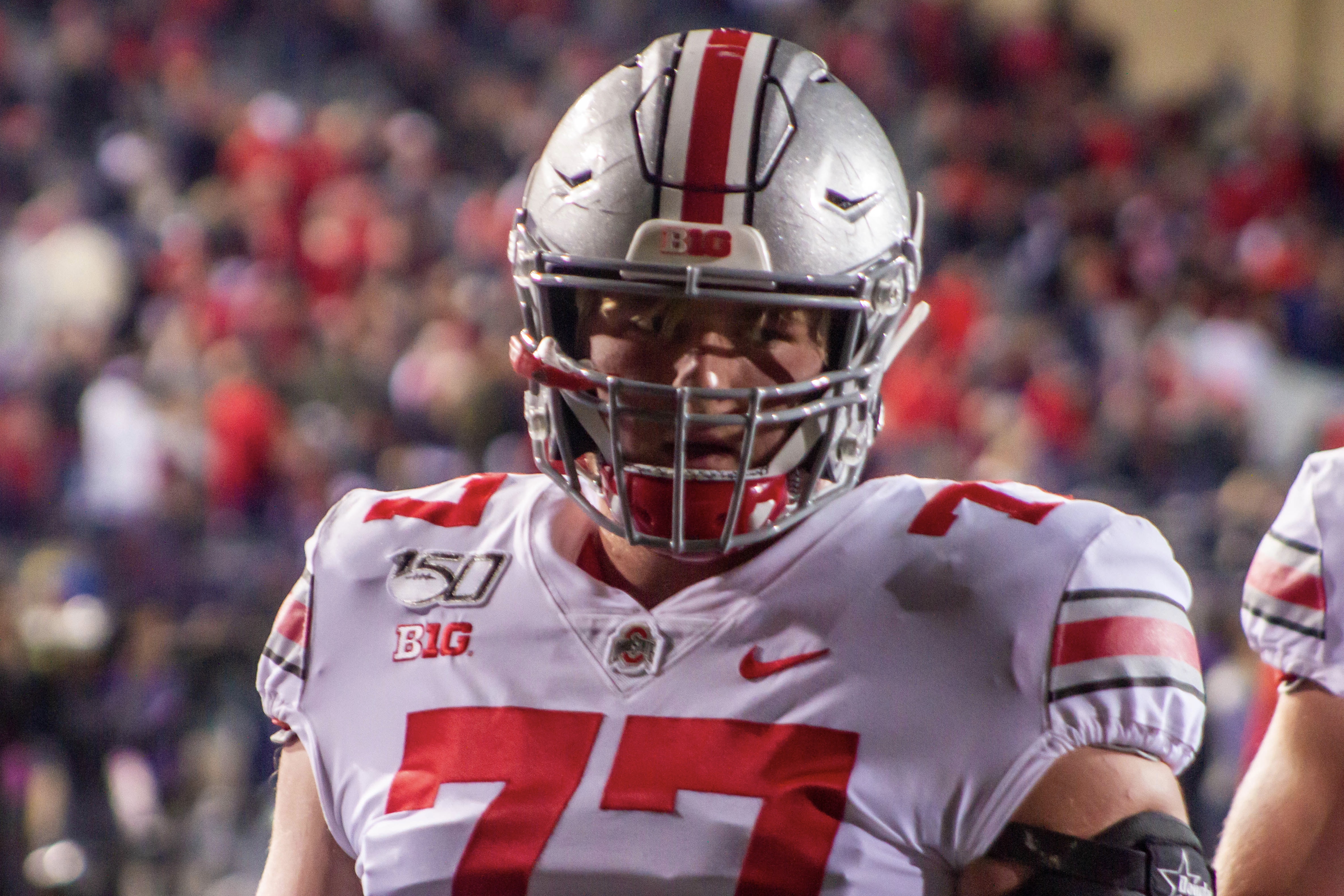 Behind Enemy Lines is Buckeye Sports Bulletin’s newest series on how teams outside of Ohio State — but relevant to the Buckeyes through history or through skill level — are recruiting in the current cycle. Up next is Georgia.

While Ohio State has only faced Georgia head-to-head once, when the No. 15 Buckeyes lost 21-14 to the No. 8 Bulldogs in the 1993 Citrus Bowl to conclude the ‘92 campaign, the prominent programs have competed on the recruiting trail.

Georgia has become a dynamo in recruiting under head coach Kirby Smart, boasting the nation’s best class in 2018 and 2020, with the second-highest rated class in 2019.

The Buckeyes and Bulldogs battled for some of the top prospects in the country each of those years, also continuing that competition into the 2021 class and beyond. Buckeye Sports Bulletin spoke with Georgia recruiting expert Rusty Mansell, who covers the Bulldogs for 247Sports, Dawgs247 and CBS Sports Network.

Georgia is known for its prowess at running back, often bringing in elite prospects and turning them into some of the NFL’s best. In 2021, however, Ohio State secured the prize jewel at the position in Hopewell, Va., five-star tailback TreVeyon Henderson.

“I haven’t interviewed him recently, but I do know there was a lot of legit interest there,” Mansell told BSB of Henderson. “There’s no point in second place. It doesn’t mean you didn’t recruit the kid hard, it doesn’t mean that he didn’t have legit interest because these kids, they’re getting recruited by the best schools and certainly Georgia, Ohio State facility-wise, tradition-wise, wins, producing pro players – all that’s there. They just did a better job, obviously, of selling him on how they can use him. And a lot of times with these kids, it comes down to can they get on the field quicker here, do they feel like they fit better in that offense.”

Mansell made an interesting point about how Henderson and Cornelius (N.C.) William Amous hough four-star running back Evan Pryor decided to commit to Ohio State in the same class, comparing it to a few former Georgia standouts who did the same thing.

“I think one of the first things you think of an example is, and it really wasn’t a trend at the time at all, but like Nick Chubb and Sony Michel coming together at Georgia and really kind of the sale there.

“Todd Gurley and Keith Marshall in the same class. Really, Georgia is one of the first schools to kind of attack that like, ‘Listen, come in together and you don’t have to tote the ball 35 times a game, you don’t have to be beat up going to Sunday league.’ And being those types of guys, never guaranteed, certainly those types of players, you look at Pryor and Henderson, you’d bet if you had to bet that those guys are going to be NFL guys. You start recruiting people like that and say, ‘Look, y’all two come here together. you complement each other. You don’t have to get beat up. We’re going to play in big games, win games, you’re going to get touches. You can play early.’ A lot of those factors come into something like that.

“I’ve seen it before on my side, especially with with covering Nick and Sony and knowing those kids so well and I knew Keith Marshall a lot better than I did Todd Gurley so I really didn’t know as much there but with Nick and Sony the sell was, ‘Hey, y’all come here, make each other better. You don’t have to get beat up, and you don’t have to carry the ball 30-35 times a game. We’ll get you touches and, with a school like that, you look at what Georgia could sell with Swift now and other guys and Ohio State’s the same way. ‘Listen, we’re going to produce NFL players.’”

Another elite prospect who drew strong interest from both the Buckeyes and the Bulldogs was Suwanee (Ga.) North Gwinnett four-star linebacker Barrett Carter, who committed to Clemson.

Ohio State running backs coach Tony Alford and the staff took slack for not garnering a big-time running back commit in the 2020 class after signing Cincinnati Winton Woods three-star running back Miyan Williams. Part of that was because Georgia brought in Clovis, Calif., Buchanan four-star running back Kendall Milton, who was one of the Buckeyes’ primary targets.

“With Kendall Milton, Georgia certainly sold him, and he was another kid that wasn’t afraid to compete,” Mansell said. “He came in, and there was obviously, Georgia looked at taking two backs in that class and also I know this with Kendall Milton – Georgia wanted at least one big back, I mean, they wanted a 210-pound guy. You look at Kendall Milton and he was by far the biggest back of the elite guys at 215 pounds. I know they recruited Tank Bigsby some in Georgia, he was a 210-pound guy that ended up at Auburn. But Kendall Milton was a guy they set in on, and I personally think that –we’ll see how it plays out – Zach Evans was the best running back when you take away everything off the field with him. I think he was the alpha of this class, clearly for me, but you have to factor in everything else around him or what happened with situations with him so he has concerns, but when you blow the whistle and turn on the film, I thought Zach Evans was that guy.”

Outside of Milton, the Bulldogs beat the Buckeyes in recruiting the No. 1 cornerback in the country for 2020, Kelee Ringo, who is a top-100 prospect of all time.

“Kelee Ringo was a guy that Georgia got on campus early,” Mansell said. “They got him on twice, they got him last spring twice and then got him again at the end of summer, so they got him on campus unofficially three times before he took his official in December. So, you know, you look at a guy like that, 200-205-pound corners, with a 10.3 laser 100-meter dash, there’s only one, two or three of those in the class. And Georgia sold him on Deandre Baker, regardless of what happened with him off the field, Deandre Baker was a bigger kid and wound up going in the first round out of Georgia as a defensive back. So, they were able to sell, ‘Hey, look you come here, and we’ve got an opportunity to play.’ And I think that playing time was a really big deal.

“And I think that Kirby being a defensive head coach and working a lot with DBs, really, really kind of gave him confidence that if he came to Georgia, no matter if there were coaching changes or what that Kirby would always be a guy that he knew would be taken care of defensively, because Kirby coached that position, is familiar with that position, was going to have guys familiar with what he wanted to have.”

The Buckeyes have won their fair share of battles with the Bulldogs on the recruiting trail, however, including Buford, Ga., five-star center Harry Miller. Ohio State went into Georgia and secured the commitment of Miller, who was the sixth-best player in the state and ranked No. 30 nationally.

“With Harry, and be honest with you, in that class for Georgia, it basically came down to Clay Webb and Harry Miller. You look at Miller, a lot of people had him as a four- or five-star, whichever one. You look at Clay Webb, who is a guy that was No. 1. He was a five-star, the No. 1 player in the state of Alabama at the time over George Pickens. Pickens ended up being No. 1, Clay Webb, No. 2. I know Georgia recruited Harry Miller pretty hard, but I think Harry Miller probably understood it was either him or Clay Webb at Georgia, and I think Ohio State made him a priority, they did a great job with Harry.

“And Harry, obviously, we could talk the rest of the day about him. Education was a big deal to him. Very, very close family – kid’s an Eagle Scout. I just think he felt very, very comfortable with the entire staff up there. And even when there was a coaching change, he didn’t blink. I remember talking to his mom, she was like, ‘Look, he took a couple hours that day to kind of process everything when that change happened, but there was never any waiver from him. You hear in recruiting all the time talking about that ‘home feeling,’ and after a couple of those visits to Ohio State for Harry Miller, Georgia or not, he was going to end up at Ohio State.”