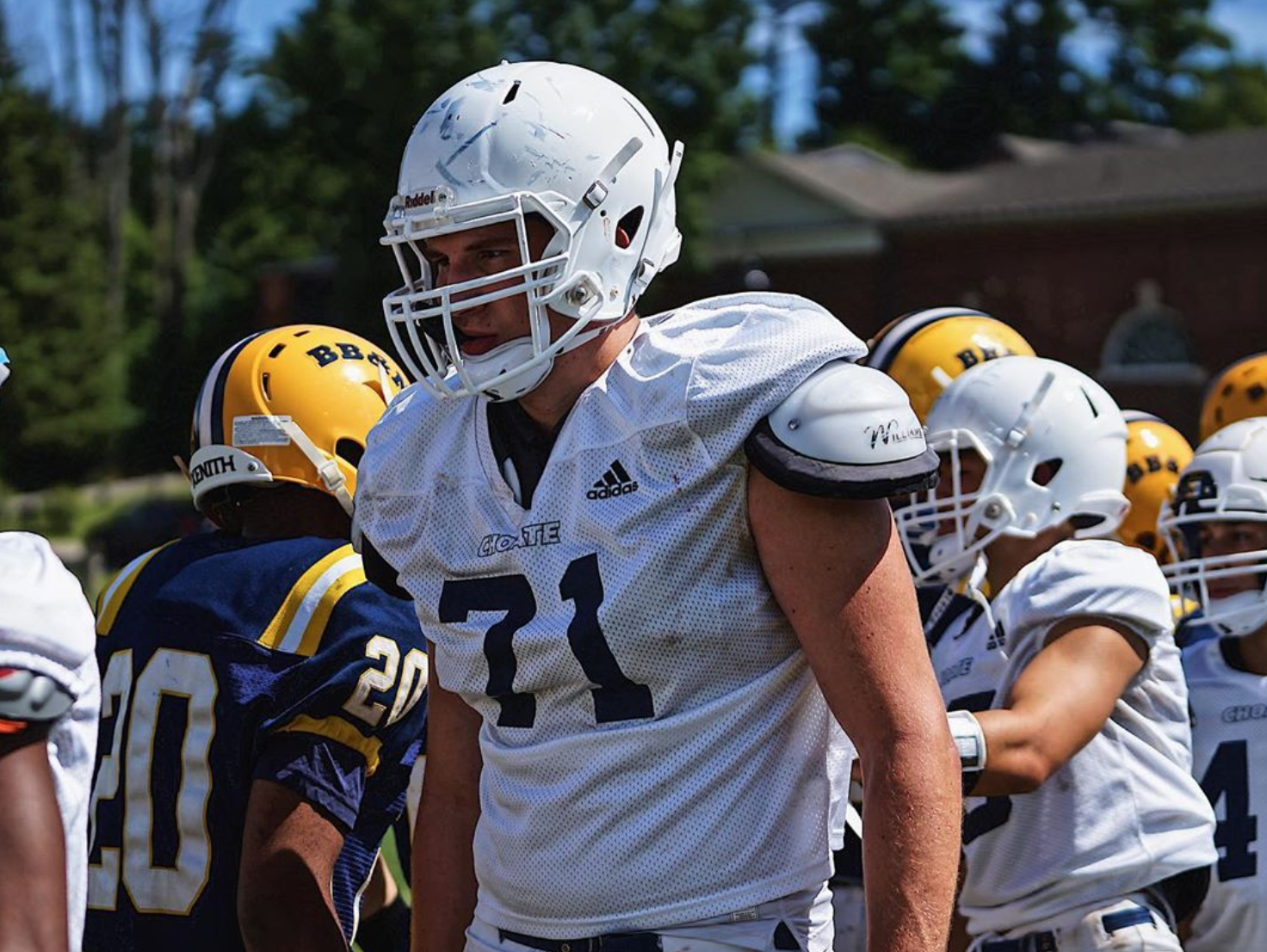 Wallingford (Ct.) Choate Rosemary Hall three-star offensive tackle Tristan Bounds, a Michigan commit for the 2021 class, went on a podcast done by The Wolverine to talk about a variety of topics, one of which involved his goals for when he arrives in Ann Arbor.

“After I take a couple days to take it in and realize what I really just did, and that’s commit to one of the best universities in the country as well as a football powerhouse, Bounds said . “I’ve been pretty adamant about this. I don’t want to lose any games. I want to win national championships. I want to kick the s**t out of Ohio State. Those are my goals.”

Bounds is currently rated as the No. 663 prospect and No. 56 offensive tackle in the 2021 class, and is part of a Wolverine class that currently ranks sixth in the country, five spots below Ohio State’s top-ranked class.

The comment by Bounds struck a chord with some of Ohio State’s incoming commits, including five-star quarterback Kyle McCord, five-star running back TreVeyon Henderson and four-star defensive end Tunmise Adeleye.

Should not have said that https://t.co/amWp3lLhQ1

3116 days and counting keep that same energy though #GoBucks 🤗 https://t.co/txTg1Xrj8L

Michigan has not defeated Ohio State since 2011, giving the Wolverines a current eight-game losing streak, the longest losing streak against the Buckeyes in program history. In the all-time series, Michigan still has a small lead on Ohio State, holding a 58-51-6 record.