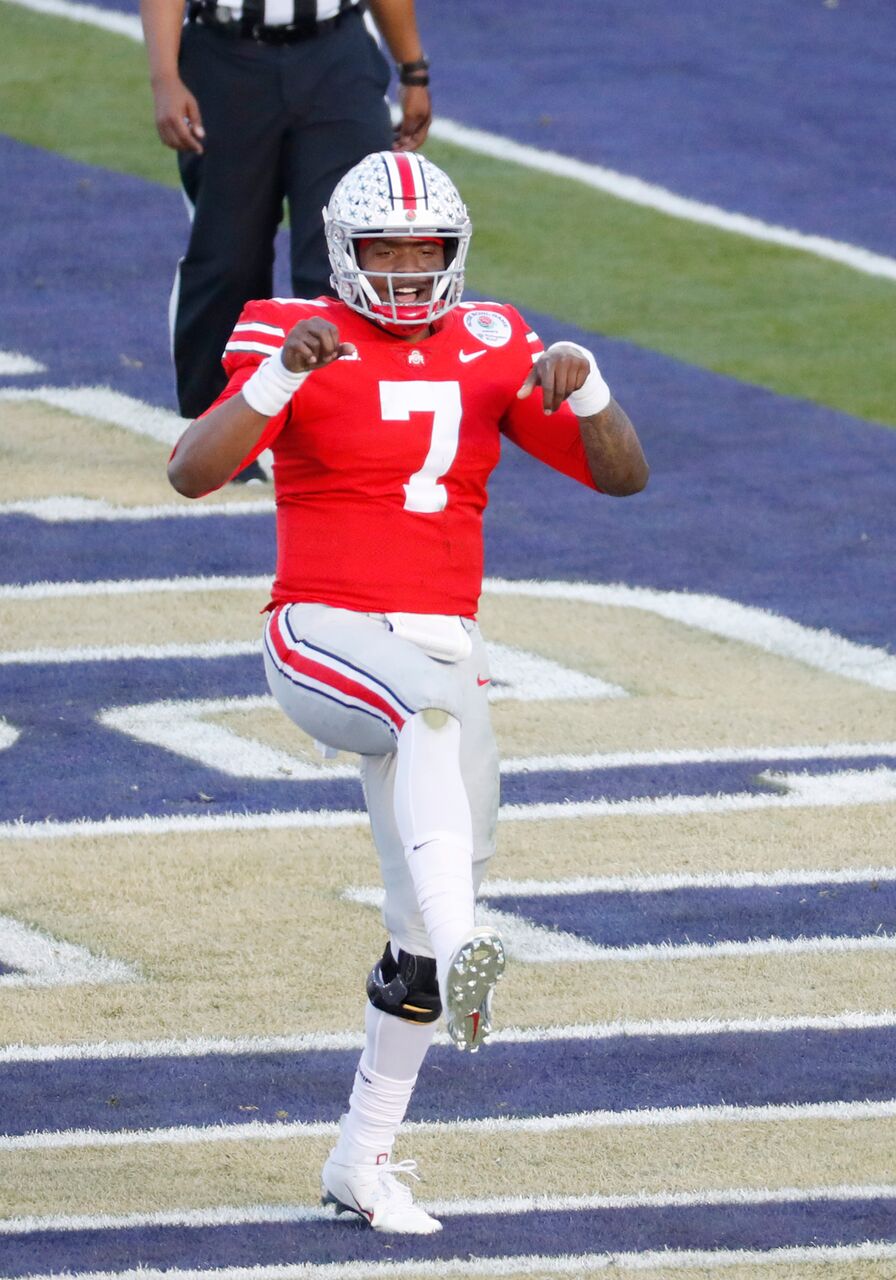 The worst-kept secret at Ohio State is officially out. After days of silence as he mulled his decision, sophomore quarterback Dwayne Haskins took to Twitter on Monday and declared for the 2019 NFL draft. The 6-3, 220-pounder leaves Columbus following just one season — four months — as the Buckeyes’ starting signal caller.

They say that dreams come true
and when they do, that there's a beautiful thing… Scarlet & Gray Forever #BuckeyeNation #ThankYou pic.twitter.com/ngHQfLq8C7

Despite his one-and-done status, Haskins departs from OSU with unforgettable memories in 2018. He rewrote the Ohio State and Big Ten record books as a single-season passer — 373 of 533 (70.0 percent) for 4,831 yards and 50 touchdowns to eight interceptions in 14 games — leading college football in passing yards and passing touchdowns. Haskins thrived as a pure pocket passer, but he showed his ability to run the ball at times as well with 79 attempts for 108 yards and four touchdowns.

After he became one of three Heisman Trophy finalists Dec. 7-8 in New York, finishing behind Alabama sophomore quarterback Tua Tagovailoa (second place) and Oklahoma junior quarterback Kyler Murray (award winner), Haskins went out as Rose Bowl offensive player of the game. In the 28-23 win for the No. 6 Buckeyes (13-1) over No. 9 Washington (10-4) Jan. 1 in Pasadena, Calif., Haskins went 25 of 37 (67.6 percent) for 251 yards for three touchdowns and zero interceptions. OSU’s victory against the Huskies in “The Grandaddy of Them All” sent seven-year head coach Urban Meyer out at 83-9 and gave the program momentum as second year offensive coordinator/quarterbacks coach Ryan Day transitioned to the top.

Behind former multiyear starting quarterback J.T. Barrett in 2016 and 2017, Haskins redshirted and waited his turn before he took over Ohio State’s offense. The Potomac (Md.) Bullis School product flipped from Maryland and committed Jan. 18, 2016, to the Buckeyes as a four-star recruit — the 247Sports composite’s No. 91 overall prospect, No. 7 pro-style quarterback and No. 3 player in Maryland for the 2016 class.

He debuted Sept. 16, 2017, in OSU’s 38-7 win over Army with his 4-of-4 (100.0-percent) passing for 46 yards. Haskins made his mark Nov. 25, 2017, when he led Ohio State back in its 31-20 victory against Michigan with 6 of 7 (85.7 percent) passes completed for 94 yards off the bench after Barrett left the game due to injury. Into the spring of 2018, Haskins edged junior Joe Burrow and redshirt freshman Tate Martell — Burrow graduated and transferred to LSU, becoming the Tigers’ starter, while Martell was the Buckeyes’ backup — and never looked back.

Where does OSU go from here? Ohio State’s quarterback situation in 2019 features four scholarship players — Martell, Georgia transfer Justin Fields, freshman Matthew Baldwin, junior Chris Chugunov — on top of two walk-on arms in sophomore Kory Curtis and freshman Danny Vanatsky. Fields enrolled Monday in Columbus as classes began for the university’s spring semester and figures to compete with Martell and Baldwin for the starting job while he awaits his bid on immediate eligibility via hardship waiver from the NCAA.

Haskins is ranked 18th overall among draft-eligible prospects — underclassmen have until Jan. 14 to decide on the NFL — rated by CBS Sports as the best quarterback available. Junior defensive end Nick Bosa and Jones join Haskins in the top 20, ranked first and 19th, respectively. Junior H-back K.J. Hill, junior cornerbacks Kendall Sheffield and Damon Arnette are among the remaining Ohio State players yet to announce.