Former Buckeyes in the NFL Playoffs 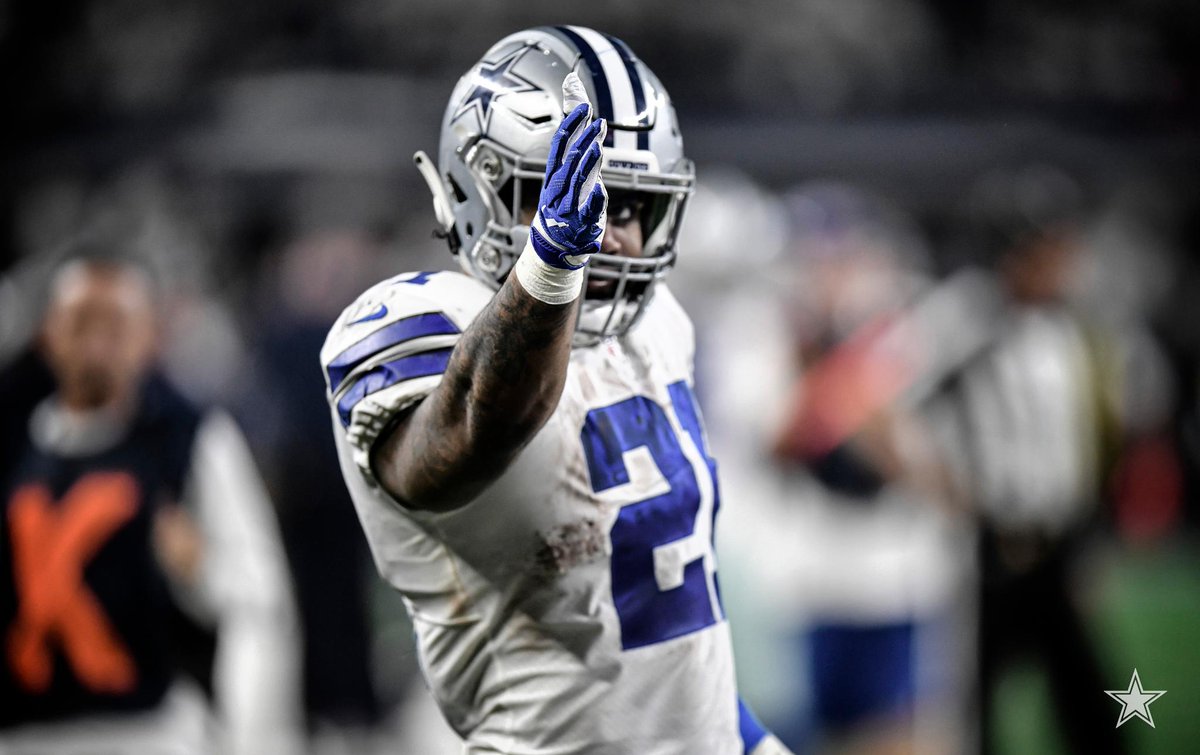 The NFL Wild Card weekend featured quite a few former Buckeyes in prominent roles for their respective playoff teams.

Dallas running back Ezekiel Elliott earned Player of the Game honors for his performance in the Cowboys’ 24-22 victory against Seattle. Elliott took 26 carries for 137 yards and a touchdown, while adding four catches for 32 yards on the day.

Elliott’s backup, Rod Smith, is also a former Buckeye. Smith carried the ball one time for one yard against the Seahawks. Another former Buckeye, wideout Noah Brown, hauled in one of four targets for six yards.

The Cowboys will travel to Los Angeles Memorial Coliseum to take on the Rams on Jan. 12. at 8:15 p.m. The Rams have one former Buckeye on their roster, long snapper Jack McQuaide.

In the other NFC matchup, the Eagles defeated the Bears 16-15 in a back-and-forth battle. Former Buckeye, Malcolm Jenkins, recorded five solo tackles to help Philadelphia survive and advance. Cameron Johnston also represented the Scarlet and Gray, punting five times for an average of 45.2 yards per punt. The Eagles will face the Saints at the Mercedes-Benz Superdome in New Orleans on Jan. 13 at 4:40 p.m.

The Saints await the Eagles with a 48-7 victory against them on their résumé and an NFL-high six Buckeyes on their active roster. Safeties Kurt Coleman and Vonn Bell, cornerbacks Marcus Lattimore and Eli Apple and wide receivers Ted Ginn Jr. and Michael Thomas all contributed to New Orleans’ 13-3 season.

The Chargers held on to defeat the Ravens 23-17. Charger defensive end Joey Bosa recorded two tackles, including a first-quarter sack of Baltimore quarterback Lamar Jackson on third-and-13. The Patriots await the Chargers in Foxborough, Mass. for an AFC showdown at Gillette Stadium on Jan. 13 at 1:05 p.m.

The Colts defeated the Texans 21-7, essentially dominating from the opening kickoff. Former Buckeye safety Malik Hooker started for Indianapolis but did not record a tackle. The Colts were without rookie starting defensive end and former Buckeye, Tyquan Lewis, due to a knee injury. Lewis’ status is still uncertain for the Colts’ matchup with the Chiefs at Arrowhead Stadium on Jan. 12 at 4:35 p.m.

Not one former Buckeye was eliminated from the playoffs in the Wild Card round. Seventeen former Buckeyes remain in playoff contention. The Cowboys (3), Eagles (2), Rams (1), Saints (6), Chargers (1), Patriots (2) and Colts (2) all have former Ohio State football players on their active rosters, with the Chiefs being the only team remaining without a Buckeye.