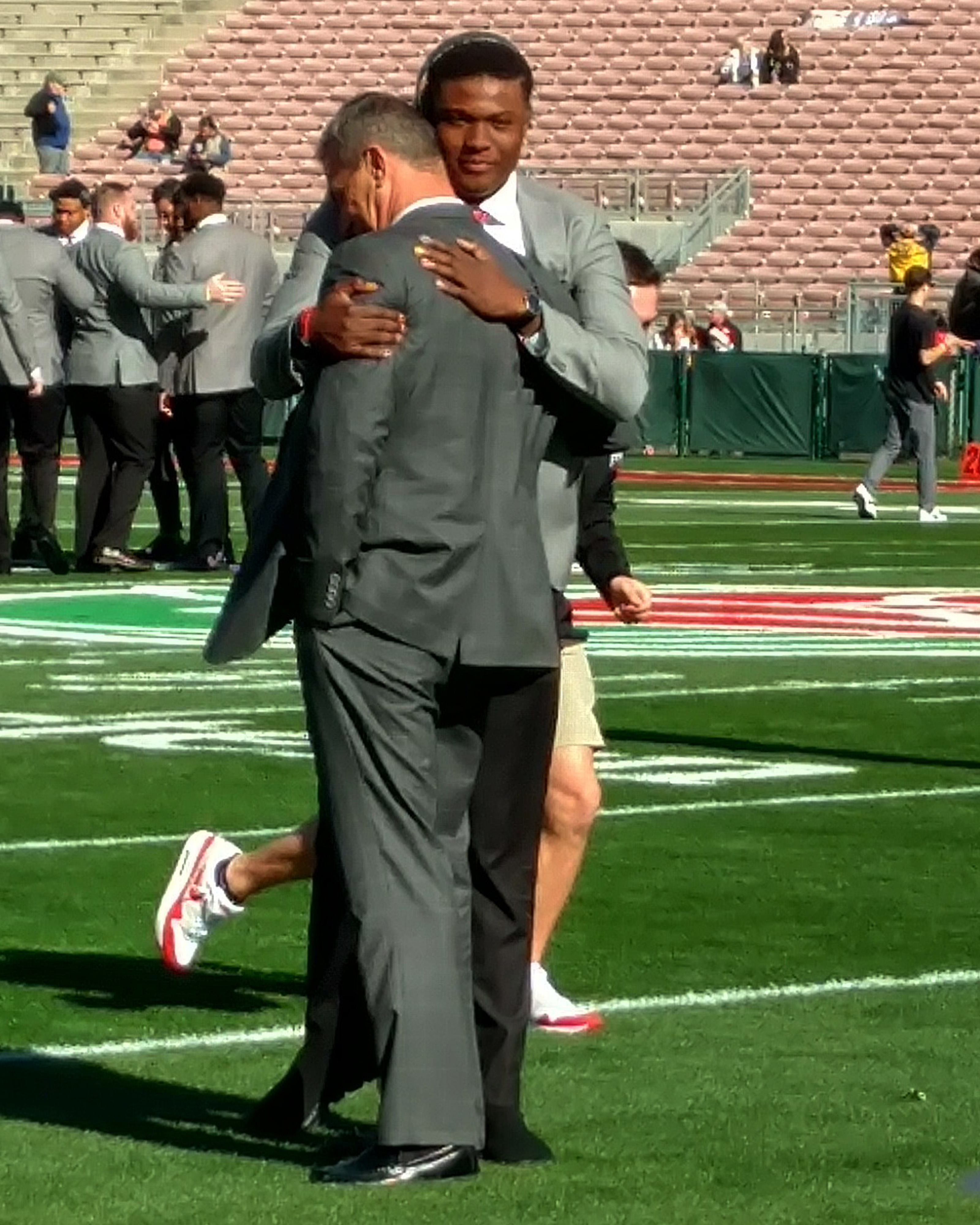 PASADENA, Calif. – Despite a tense stretch late in the fourth quarter, No. 6 Ohio State held on to beat No. 9 Washington, 28-23, in the Rose Bowl on New Year’s Day. The win marked the final game in the head coaching career of Urban Meyer, who led the Buckeyes to a 13-1 record this season (although he was suspended for the first three games of the year).

Ohio State had a 28-3 lead in the third quarter, but the Huskies (10-4) scored 20 straight in the final frame before the Buckeyes recovered a late onside kick to secure the win.

After the game, the BSB staff handed out Buckeye Leaves for the top performers. Here’s what they had to say:

If we are talking about the game itself, then Dwayne Haskins deserves it. Haskins delivered the performance that Ohio State fans had come to expect from him in likely his only season as a Buckeye as he threw for 251 yards and three scores to zero interceptions.

But if we are giving out Buckeye Leaves, then you have to give it to Urban Meyer. His coaching career at Ohio State ends with a Rose Bowl victory and just nine losses in seven seasons. That is absurd.

Meyer handed out plenty of Buckeye Leaves over his seven seasons, so it’s time he finally gets one as he rides off into the sunset.

Sophomore quarterback Dwayne Haskins was solid as he reached 50 touchdowns on the season, but the offense sputtered late. This game came down to the defense limiting the Washington offense – for most of the game, at least – and that came in large part due to outstanding play from the cornerbacks, often a weak point for the unit this year.

That group was led by sophomore Jeffrey Okudah, who arguably played the best game of his career with five total tackles and a pair of pass breakups. Junior Kendall Sheffield was outstanding as well, coming up with five solo stops and a breakup of his own. The duo played at a higher level than they had all season, and that was a huge part of the win. For that, Okudah and Sheffield each earn a leaf from me.

Oh, and while you’re at it, give Urban Meyer a leaf as well – he’s probably earned one or two over the past seven years. Ryan Day can have one, too.

What more is there to say about Dwayne Haskins? Selfishly for fans and media it’s a shame we’ll only be getting a few months of the sophomore quarterback when all is said and done. Haskins showed once again why he’s the top quarterback available in the 2019 NFL draft, slicing Washington’s stout secondary for 251 yards and three touchdowns as Ohio State’s offense rolled.

Haskins looks every bit of the first-round grade he reportedly received, showing out in his likely finale with the Buckeyes by throwing the ball all over the field at Rose Bowl Stadium – spreading the ball to nine different receivers and completing 25 of 37 passes. As the one-year signal caller likely rides off in the Pasadena sunset and onto the next level, he gets my Buckeye Leaf after his latest dazzling performance caps an incredible four-month run at OSU.